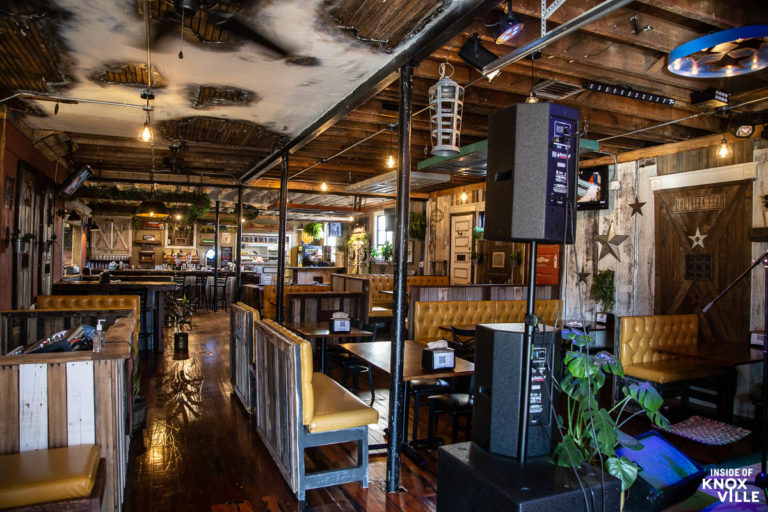 What a difference a year makes! Even though we continue to deal with an ongoing pandemic, in some respects, thanks to more information and vaccines, we got better at navigating it. A quick look at last year’s top ten stories illustrates the difference clearly.

Last year, as many as six of the top ten stories had to do with COVID-19, directly or indirectly. This year that number is either zero or one, depending on how you look at it. Eight of the ten include good news. I documented far more openings than closings in 2021. From the looks of it, downtown Knoxville is doing very well and is poised to continue that in 2022.

The highs weren’t quite as high, as only two of this year’s list landed in the all-time top ten, but as time passes that becomes increasingly difficult to do. Here’s what you read the most heavily:

As is often the case when you take the time to talk to people, as you get to know them, the story becomes more complex. A simple candy store opening became a story of falling in love with Knoxville, confronting cancer, and memories of a grandfather. This was one of my favorite stories of the year, as well, and I didn’t see it coming. The store? Pure joy for Urban Girl and Urban Boy — as well as children of all ages.

For years, many of my readers have decried the lack of workforce housing in the downtown area. First Creek at Austin, which replaced Austin Homes, begins to answer some of those needs. The new KCDC development will offer 438 housing units to some with no income, up to $47,280 for a couple. The first 105 units opened this year, with another 180 opening in December 2022. Located near the new stadium site, the complex will be within walking distance to numerous job opportunities.

A luxury bar inside a bank vault? It had an attraction to many readers. Long empty and more dungeon-inspired than chic, the space was purchased and transformed by Lori and Jim Klonaris. Now you can enjoy cocktails inside one of the most secure spots in the city.

Long time coming, the concept of elevated food inside a food hall, is thriving in cities across the nation. This was Knoxville’s introduction. Offering a range from smash burgers, sandwiches made with local artisan breads, and pizza, to Korean-fusion and Poke, the space has a lot going on. Along with an upscale bar, the new development brings to life the first floor of the new Regas Square Condo development and addresses Depot Avenue with a fresh infusion of retail space.

What makes this a possible “major” development is that we’ve not seen an empty space on Gay Street replaced by a building even amidst many other firsts with downtown revitalization. That the person contemplating it, Shailesh Patel, has a long-term relationship with downtown is a bonus. Responsible for the downtown Hampton Inn and, by all accounts, a good neighbor to among other things, the Temple-Pittman home, the fact that Shailesh is not an out-of-town developer makes the project more appealing. Readers did raise concerns with potential traffic issues.

In another compelling story that emerged from what a presented as a simple business opening, David Goldschmitt and daughters Allie and Rachel brought the family’s love of music and food through multiple iterations, including a food truck to the dream of opening their own space as a family. And a cool space it is. I’m not sure if the pictures conveyed the vibe and that’s what launched the story, but one step inside and you feel the shabby cool in every direction. And they have live music!

The second of three stories involving the Klonaris family, this elegant space transformed what had been an empty floor at the bottom of the Holston Building for decades. Offering pan-Latin foods in a similar style of service to their Kefi restaurant’s Mediterranean cuisine, the space was transformed into another beautiful escape. Situated above The Vault (See #8), the restaurant also offers outdoor seating on Krutch Park.

The third story involving the Klonaris family, in which ownership of a long-owned restaurant changed hands. This was also the second most commented upon story of the year, though the focus of the comments may have obscured an interesting development: HD Patel has gone from being a downtown unknown to being a major player in downtown in just a few short months.

In October I wrote of his purchase of the Hope Brothers Building and his plans for a boutique hotel, Hotel Cleo, there. He is also partner in Lilou, the French restaurant which will be opened in the first floor there by Aaron Thompson and Jessica King. Further, I reported that he has a life-time lease in the former TVA Credit Union Building inside which he is constructing a boutique hotel and has plans for restaurant and rooftop bar space. With the addition of Cafe 4 (and perhaps more to come), this may be the biggest shift in the downtown dynamic in 2021.

Several separate events related to guns jarred me. The Tennessee State Legislature had just made it legal for anyone to carry a gun without requiring either a permit or training. Just after that I saw U.S. Marshalls and KPD, with guns drawn combing the parking garage behind my house. Days later I saw an armed militia on Gay Street and witnessed a confrontation between them and a person on the sidewalk. It disturbed me and seemed to portend a trend of guns on the streets. Not everyone agreed with my perspective and a lively discussion ensued.

This one is interesting to me. Closures attract a wide readership. Is it out of concern or is it like the compelling imagery of a car crash? Likely, it is both. When closures come in pairs — or more — readers come in large numbers. Witness that last year’s number one story was about a dual closure. In fact, the top three articles since the inception of the website are about multiple closures and five of the top ten are about closures of one or more businesses. Sometimes there is less to see than it appears. Businesses close and (so far) more businesses open.

And that concludes the year that was. I plan one more article for tomorrow and then I’ll take a break and ring in the new year. Next week I’ll pick back up for what I hope is a very good year for the city. One unfortunate reality for the beginning of the year will be the current increase in COVID-19 cases. I’ll include coverage starting next week, though it will likely be limited to once each week unless things get grim. Let’s hope we are seeing the tail end of the whole affair.