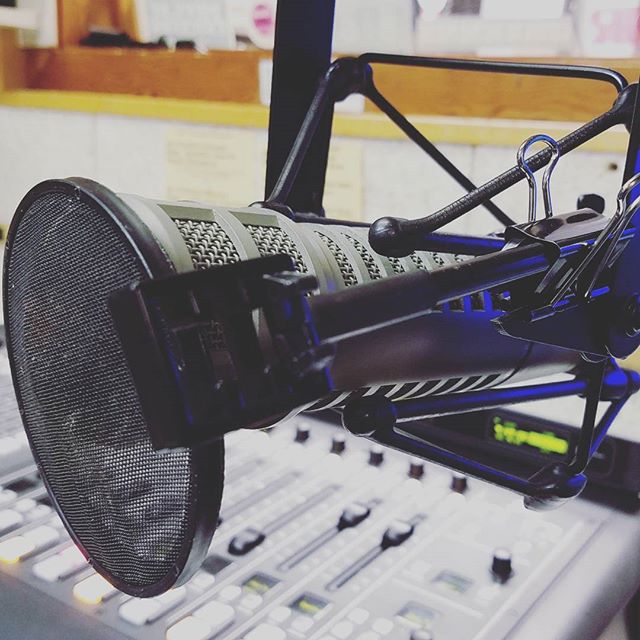 Beginning July 31, 2016, Inside of Knoxville and WUTK (90.3 FM) formed a partnership to produce “Knoxcentric: Powered by Inside of Knoxville,”  an hour-long radio show focused on downtown Knoxville. Running each Sunday morning from 10:00 AM to 11:00 AM, the show was co-hosted by Inside of Knoxville’s Alan Sims (AKA Knoxville Urban Guy) and WUTK’s Jennell “JJ” Pershing. The fast-paced hour included a review of events in downtown, interviews with current downtown movers and shakers, music from local musicians and a look at what’s coming up in the city. The show ran for three years, ending July 28, 2019. Thank you to WUTK for giving me the opportunity.

July 21: Mayoral Candidate Indya Kincannon (Due to factors beyond my control, this interview was not recorded. I deeply apologize.)

July 14, 2018: Mayoral Candidate Eddie Mannis Joins Us for the Hour

July 7: Guitarist Mike Bagetta joins us as we spin tunes from his new CD (Due to factors beyond my control, this interview was not recorded. I deeply apologize.)

June 30, 2019: Travis Bigwood and the Lonesome Doves Live in the Studio with their new EP (Due to factors beyond my control, this interview was not recorded. I deeply apologize.)

May 5, 2019: It’s all about the Neighborhoods – and there’s a conference about that! Let’s talk neighborhoods! We will also be joined by Sean McCollough who has a new children’s CD dropping soon.

March 3, 2019: Lee Zimmerman reads from and discusses his new book, Americana Music: Voices, Visionaries and Pioneers of an Honest Sound

February 17, 2019: Rick Emmett, Downtown Manager for the City of Knoxville

December 16, 2018: Homeless Program Coordinator Michael Dunthorn discusses homelessness in Knoxville and the city’s response to it.

December 9, 2018: Amelia Peterson of River and Rail Theatre discusses their production of “The Unusual Tale of Mary and Joseph’s Baby.”/ RB Morris and Drocella Mugorewera of Bridge Refugee Services discuss Bridge and an upcoming benefit concert to support refugees in Knoxville.

November 18: Urban Guy is in a “New York State of Mind” and JJ will take the show!

November 11, 2018: UTK Political Science Professor Rich Pacelle will break down the election results and tell us what they mean.

August 26, 2018: The Black Lillies live in the studio play and discuss their new material on the eve of their record release

August 5, 2018: Aaron Snukals of Second Harvest discusses the organization and their concert series in the World’s Fair Park

July 15, 2018: New Chief of Police Eve Thomas discusses crime in Knoxville, her appointment and plans for the department

June 17, 2018: Democratic Candidates for U.S. House of Representatives, District 2, Rene Hoyos and Josh Williams will discuss their platforms and make the case for their candidacy

May 20, 2018: Charlotte Tolley of Nourish Knoxville and the Market Square Farmers’ Market

May 13, 2018: Mary Pom Claiborne talks about Public Libraries and the Upcoming Children’s Festival of Reading

May 6, 2018: Preview of Upcoming Open Streets with Lindsey Kimble and a preview of the Vestival Festival with Marvyl Triscritti, Vice President of the Candoro Arts Heritage Center board and Vestival Chair

April 22, 2018: Sara and Sean Martin discuss the HGTV House and the Fourth and Gill Home Tour

April 8, 2018: Review of Rhythm n Blooms, plus an appearance by Luke Brogdin of Southern Cities

February 18, 2018: Gina Truitt and Rachel Geren discuss the upcoming Whiskey Festival/Kelly Absher of Friends of Literacy discusses their Bachelor Auction fundraiser. He brings along Victor Agreda, Jr., a genuine Hunk in the Holler

February 4, 2018: Kim Trent discusses preservation in Knoxville and her tenure with Knox Heritage.

January 28, 2018: Marilyn Kallet, poet and UT professor discusses her career (she is retiring after 37 years) and her work. She also reads from her latest book.

November 26, 2017: No Show Due to Thanksgiving Weekend

July 30, 2017: Tru Kids of the Tru Dog Network (along with Tinah Utsman) talk about their summer art show

July 9, 2017: Jack Neely discusses the closure of the Mercury and his plans, Mary Pom Claiborne discusses the upcoming Truth and Consequences Symposium and the group discusses fake news and modern journalism.

May 7, 2017: Dianna O’sickey talks about the upcoming Pecha Kucha

March 12, 2017: Patience Melnik of Keep Knoxville Beautiful discusses the recent Orchid Awards for Projects that made our city more beautiful.

February 12, 2017: Sean McColough and Steph Gunnoe of the Lonetones on the new CD, “Dumbing It All Down”

December 11, 2016: Dustin and Lisa Burnett of Nothing Too Fancy give the details on some exciting new developments with the business.

November 13, 2016: Chefs Carol Scott and Holly Hambright discuss their work, plus “Women in the Culinary Arts.”