Whist Court Getting a Modern Makeover Adding to Development on Magnolia 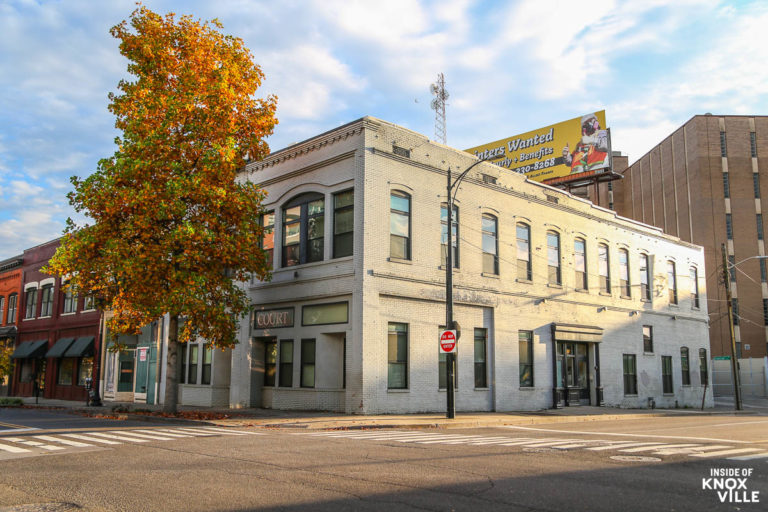 (Today’s article is written by guest writer Heather Ryerson, whose photographs are also credited in captions)

Triangular J Ventures, LLC. brings familiar names to development happening on W. Magnolia Ave. John Macready and John Roethlisberger added Jamie Mason to the team to efforts to improve this area. The two Johns began with a major purchase in 2021 of the 300-316 block of Magnolia (the former Free Service Tire building) and have now acquired 400 W. Magnolia, known as Whist Court.

Triangular J Ventures purchased the building, alley, and parking lot behind it from Depot Properties Inc. for $1.8 million. They took possession on Oct. 10 and have begun renovations.

Whist Court is made up of residential housing units, currently configured as 8 units with two bedrooms, and two baths. They include beautiful, high ceilings, hardwood floors and plenty of exposed brick, most dating back to the early 1900’s when the building was first constructed.

While portions of the building’s history aren’t clear, we do know that Bob Weems once operated an antique store there. Bob was a contractor and historian who contributed much to Knoxville, including the renovation of the Mabry-Hazen House. He also served as the president of the Homebuilders Association of Greater Knoxville in 1959.

The building was formerly 2 buildings that R.O. Deaderick and his son Jim purchased and renovated to become the 8 apartments they are today. When purchased, Jim tells me they were basically shells and you could see up from the basement to the sky. In addition to combining the buildings, they changed the address by changing the front of the building from 321-323 Gay St to 400 W. Magnolia Ave.

Jim’s father, R.O. Deaderick, who grew up in the area and worked at the Southern Railway train depot shining shoes, recognized the importance of this area in our city. When he and Jim purchased the buildings in the late 1980’s, they hoped it would help to contribute to the success of that part of town.

Jim said it took a year and a half to complete the renovations. Coincidentally, in 1989, Standard Knitting Mill was closing and they were able to purchase structural beams, quality wood planks, and more from the mill to use in their renovations at Whist. The duo was repurposing before repurposing was “on trend.”

They used these materials to make hardwood flooring in the units with many planks running the length of the room itself as one solid piece. They also used the beams to create the trim for the windows in each unit that are also one piece rather than many pieces put together.

Macready tells me they are keeping as much of the original woodwork and fixtures as possible to preserve the quality and beauty of the building. Logan Higgins, co-owner of Jacks downtown, is the principal architect working with them on the project.

When I visited, Macready already had crews busy renovating one of the empty units. The crew was sanding the original hardwood floors in preparation for refinishing, and the unit’s 2 bathrooms were already retiled. 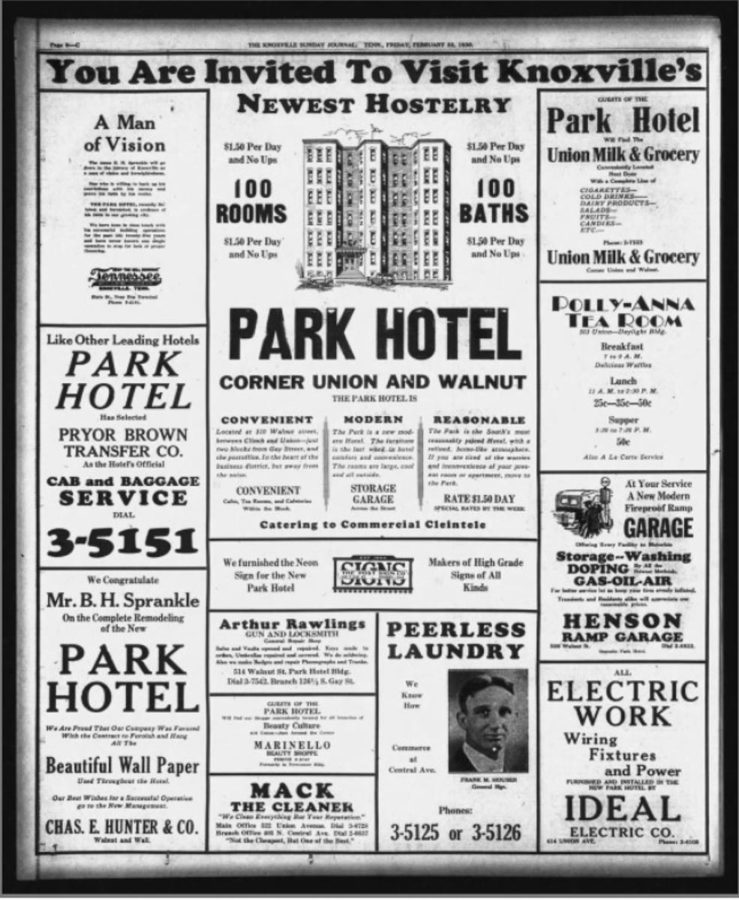 John told me the interior doors and brass fixtures on the doors as well as some claw-foot brass tubs are from the early 1930’s Park Hotel that was located at 510 Walnut St and is now a parking lot. According to the Knoxville Journal archives (now the Knox News Sentinel) rooms at The Park Hotel went for $1.50/night. I can’t say what the rent will be once Triangular J LLC. is done with renovations, but you can bet it will be significantly more!

Once the units are complete, they will have all new, stainless-steel appliances and quartz countertops with hardwood flooring throughout. They plan to change the entrance of the building that now faces Magnolia to face the backside of the building where it will be enclosed within the parking area to increase security for residents.

There is not a proposed reopening timeline for the building just yet as they will be renovating each unit as current resident’s leases come to an end. Macready is working with them as needed to help find other comparable housing options in the meantime.

Also not decided is whether there will be 8 units of 2BR/2BA or if they will be able to turn a few into loft units incorporating part of the generally unused basement to create 11 units in total.

When I asked Jim Deaderick if there was any sadness in selling the property he had owned with his late father for 30 years, he said there was a little. But he quickly added that after meeting with John and hearing his and his partner’s plans for the area and seeing the work they are already completing, he felt it was time to pass it off to the next generation of entrepreneurs and innovators. He believes in their vision for this section of Knoxville’s downtown and is excited to see what they do next.