Fly By Night Bringing the 70s to South Knoxville 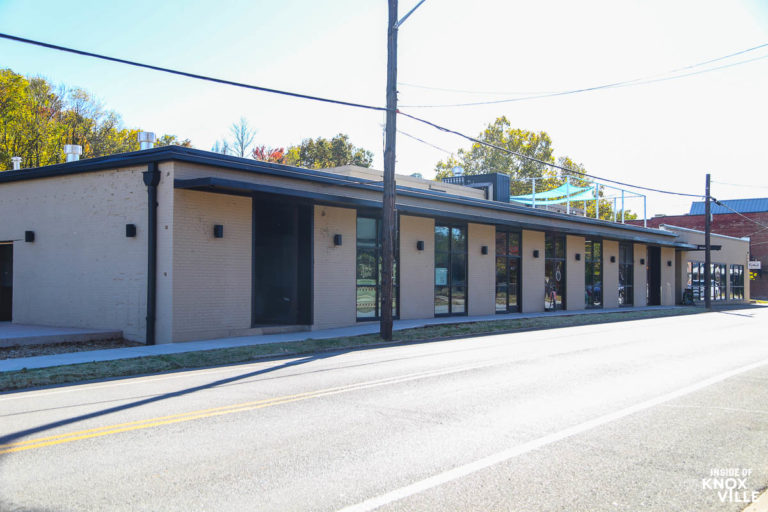 It was over three years ago when we first met Ryan Shanley and Jocelyn Morin, then soon-to-be owners of Tern Club on the 100 block of Gay Street. The club opened only months before the pandemic that threw bars and restaurants into a time of tremendous upheaval. The couple has not only managed to survive and thrive with that venture, but has added a new business to their mix, with plans to open Fly by Night at 906 Sevier Avenue. I sat with the couple to learn more about their last three years at Tern Club and what we might expect from Fly by Night.

As they approach their third anniversary at Tern Club, Ryan said things are going well at Tern Club and he feels “this year has been our first semi-normal year.” They opened in November 2019, “closed our doors in March and re-opened in June.” They closed completely at first receiving some of the state and federal help. They were able to retain all their employees, though one moved out of the area.

They did a few carry-out cocktail events. When they opened in June, Jocelyn said, “We were definitely keeping up with all the social distancing requirements. We opened the back patio so we were able to accommodate a few more people, but we were operating at half capacity.” They said the curfew that went through the winter of 2020 and 2021 hurt particularly, since they had to close at about the time their primary traffic usually picked up.

Jocelyn said, “Things are leveling at and we’ve been able to maintain staff through everything. We’re grateful that everyone in Knoxville has been patient with us and everything we’ve had to do to stay open.” The business, they said started off strongly before the pandemic setback. This year the business has returned to pre-pandemic levels and Jocelyn said she feels like word has gotten out about them and that has helped.

Just over a year ago they began thinking of opening a second concept. In a way, Jocelyn says, they’ve been thinking in that direction all along. “The way that we’ve looked at conceptualizing a new business has been space dependent. Looking at places and imagining what would make sense there is something we’ve been doing since day one. An opportunity presented itself in south Knoxville and that’s where the idea for Fly by Night was born.”

Ryan added, “It seems like there’s a gap on Sevier for a late-night more cocktail focused bar. I asked Jocelyn where she would most like to go in Knoxville and she said ‘south Knox.’ . . . The space had just come available. Our occupancy will be a lot higher. It will still be a small-to-medium size cocktail bar — the size we like to do.”

Jocelyn said as it gets built out it is beginning to feel closer to the size of Tern Club. They are including more space in the back-of-house portion of the business. The occupancy will be about 150, which is over three times that of Tern Club. They’ll also have outdoor seating, which will add to that.

They will have a bar, tables and a section of soft seating. They’ve been searching over the last year thrifting and looking for soft seating and other touches from the era. Yes, they will have a disco ball. They are bring back cocktails of the era, as well. Jocelyn said, “We’re bringing back some of those disco drinks that maybe weren’t so fantastic in their time, but giving them a twist of our own and reviving some of the classics.” She mentioned Harvey Wallbangers and Tom Collins as examples. They will have a bit more food at the other location, “but nothing crazy. Kind of trying to get back to the seventies time period.”

I asked “Why the seventies,” and Jocelyn said, “Mirroring it against the Tern Club, we wanted to go for a retro aesthetic that still felt pretty distant from Tern Club and different from the cocktails we serve there . . . Kind of going with a warmer, oranges/red/yellow color palette. We also wanted to incorporate the music of the era as well with vinyl dj sets.”

Ryan said, “When we were thinking of concepts, being transported is always in our minds, so that when you walk in you feel like you are being taken to a different era, different time, different place. We like going and finding old art and trinkets” from an era. “We’ll probably do some karaoke.” There is more room, they said, for events tailored for the era, like disco events.

They signed a lease in August 2021 and began getting designs and approvals, but found it takes a bit longer with new construction, as opposed to the Tern Club spot which was pretty much ready to be decorated and opened. They said turnaround time was much longer than they thought it would be on some of the things they ordered, as a result of global supply chain issues. They said the landlords have been very generous and patient.

They are being aided in the process by Dollar and Ewers Architects and Stouffer General Contractors for construction. They still have buildout, more approvals, liquor license, and more. They are “hoping for January,” but said that is tentative. You might want to go ahead and follow them on Facebook and Instagram to get updates as the time draws closer.