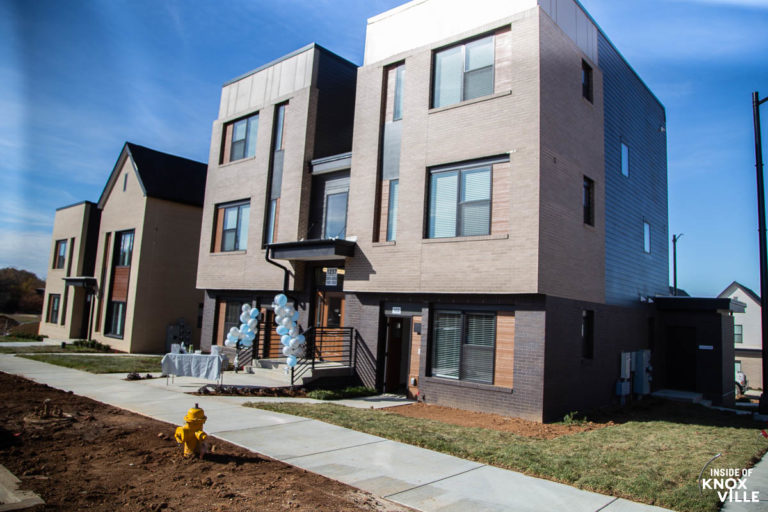 The former site of Austin Homes is the new location for First Creek at Austin, a name that tips the hat both to the physical location near First Creek, as well as the fact that Austin Homes occupied the spot beginning in 1941. Former residents were given first priority on the new homes. When it closed, 129 units were offered. (Ed. Note: The original version of this article said “189,” but I was corrected.) The new development will supply 438 units.

One distinction between the former and current residences is that the new community will offer housing to persons with a range of incomes. See my previous article for specific income levels and more. The mixed-income development is set to open in stages. Phase one opens today with about 110 of the 438 homes.

Yesterday saw the first viewing of units by potential residents. The people included in these photographs are seeing their units for the first time. What they found was new G.E. stainless appliances, granite countertops, laundry closets and more. Other amenities are also offered, such as a fitness center, public WI-FI, covered bike storage, outdoor greenspace, parks and a greenway connection running near the Old City.

About 180 additional units are expected to come online a year from now, with just over 150 a year later. Income levels are such that much of the downtown workforce would be eligible for housing, answering some of the need for “workforce housing.” The proximity to the likely stadium would also provide a potential opportunity for employment. The homes are within easy walking distance of downtown.