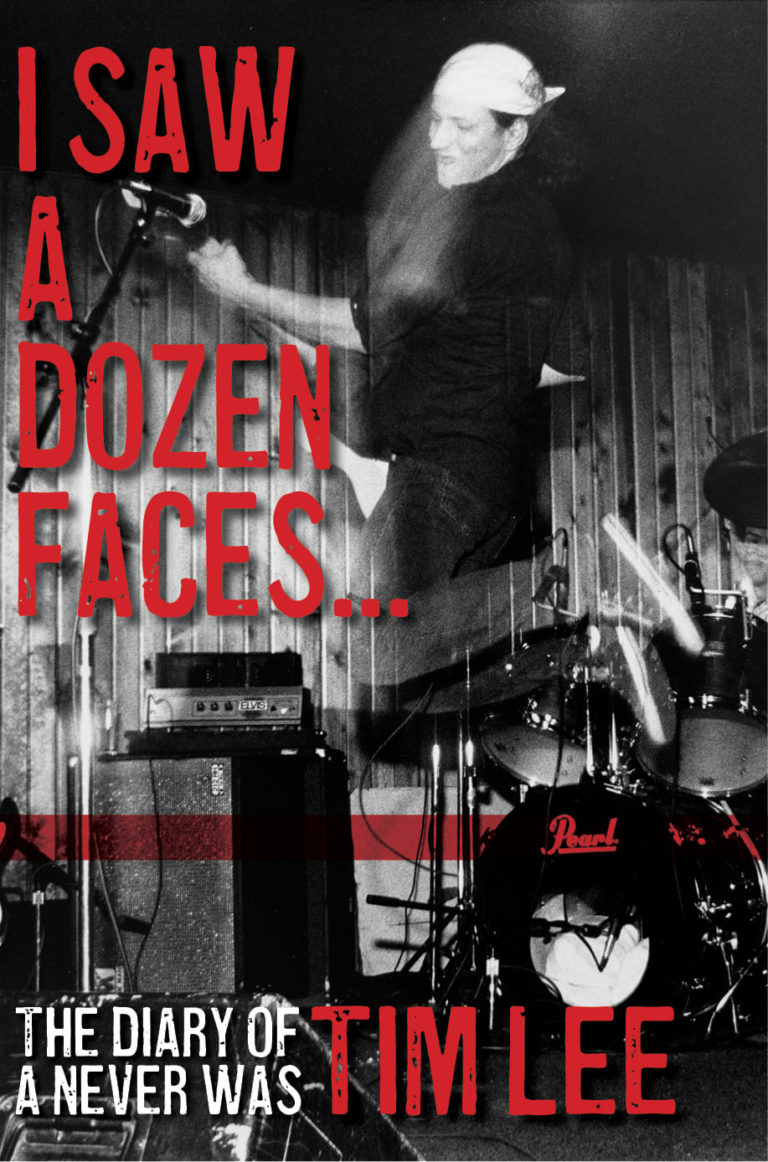 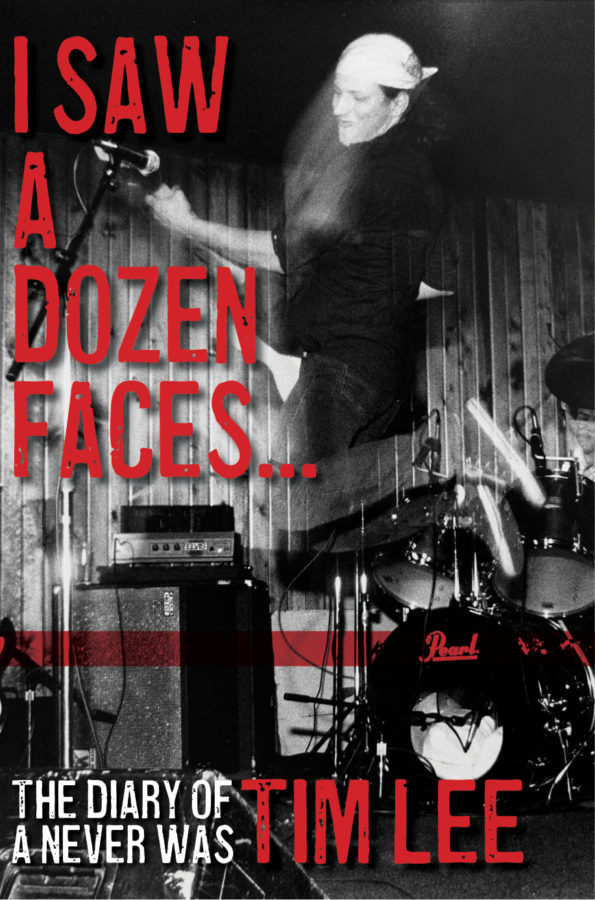 Three recent books have come to my attention, each written by local authors. In a perfect trifecta, one is non-fiction, one fiction, and the other poetry. A genre for every taste. And a perfect time to pick up a book for yourself or for a Christmas gift as we start the season. Here’s a quick look at each one.

I Saw A Dozen Faces . . . And I Rocked Them All is a rock-and-roll memoir of a person who devoted his life to the music and never found fame and fortune. Tim Lee, local musician and member, with his wife Susan, of the group Bark, has written a sort of anti-rock hero book. As he said early in the book, the focus here is on the music and the life it led him to. It’s drugs, sex, and rock-and-roll, without the drugs and sex. It is about the music.

I’ve read at least dozens of music biographies, some of them brilliant like Long Time Gone, by David Crosby, Stone Alone by Bill Wyman, and most supremely, Just Kids by Patti Smith, and others which were simply painful like Gregg Allman’s barely literate My Cross to Bear. The idea of a book by a relatively unknown artist who doesn’t dish dirty secrets might seem a bit surprising. In many ways, it hit home for me like few of the others.

The well-written work resonates with any of us who ever dreamed of strapping on a cool guitar and taking to the stage. If your dreams were like mine, they included thousands of screaming fans, money, and fame. The reality for the overwhelming majority of aspiring musicians hardly resembles the fantasy.

The book follows Tim through the high points, such as performing on stage with R.E.M. through the low points of record companies going out of business, promised promotional campaigns that never materialized, and more. Less flying under the radar than driving a dilapidated van under that proverbial radar, stardom and fame did not await.

But then, Tim says that was never the point. The point was to make his art with comrades in arms. And he did. I’ve been one of the dozen faces (and honestly, sometimes there was a hundred) and have been rocked every time. Catch Bark in concert and you’ll get the same experience. Read this excellent book and take the entire journey.

It’s available here through Cool Dog Sound. It is also available at Union Avenue Books and Lost and Found Records. 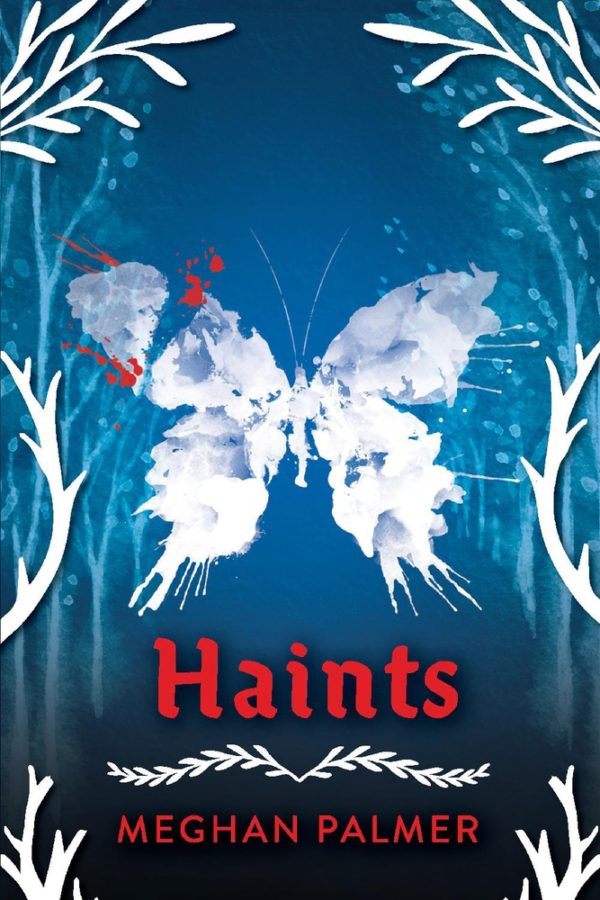 Haints is a captivating piece of new fiction by Meghan Palmer. It is the Knoxville writer’s first novel and she classifies it as “Appalachian magical realism.” Originally scheduled to be published last summer, the publisher went out of business, leaving Meghan to publish the work on her own.

I’m glad she did. The book drew me in from the beginning as we meet the surviving members of the Whitt family in a location somewhere to the north of Knoxville. Rejected by many in their community because of their eccentricities, the various family members each have certain powers of discernment or connection to nature that puts them just enough outside the norm to be isolated in a community that is in itself insular.

While deftly exploring the real life struggles of similar communities in the region, and the family’s struggles with their own losses, something bigger is afoot. The family has sealed the earth below their feet to keep the haints (an angry dead spirit) from emerging. But can they keep them there? And can the family survive?

Palmer weaves together beautiful prose describing a sometimes magical and sometimes horrifying world, as in this passage:

The day of the funeral, the sun lit the mist through the trees on the north ridge. The morning reached them there at the grave before its glow could be felt at the farmhouse down in the shady valley. The mist glowed around them so that they bathed in liquid light as Granny spoke the traditional words. They each came to touch his hands, the man wrapped in his shroud, even young Vola. The hands were the only part of him exposed to the swirling, glowing mist.

The book is available at Union Avenue Books, Whimsey and a Dream on Southerland, and here (hard copy and ebook) through BookBaby. Meghan will officially launch her book on Thursday evening with an event at the Robin Easter Design Gallery at 130 East Jackson Avenue from 5:30 pm to 7:30 pm. She will read from the book at 6:30. 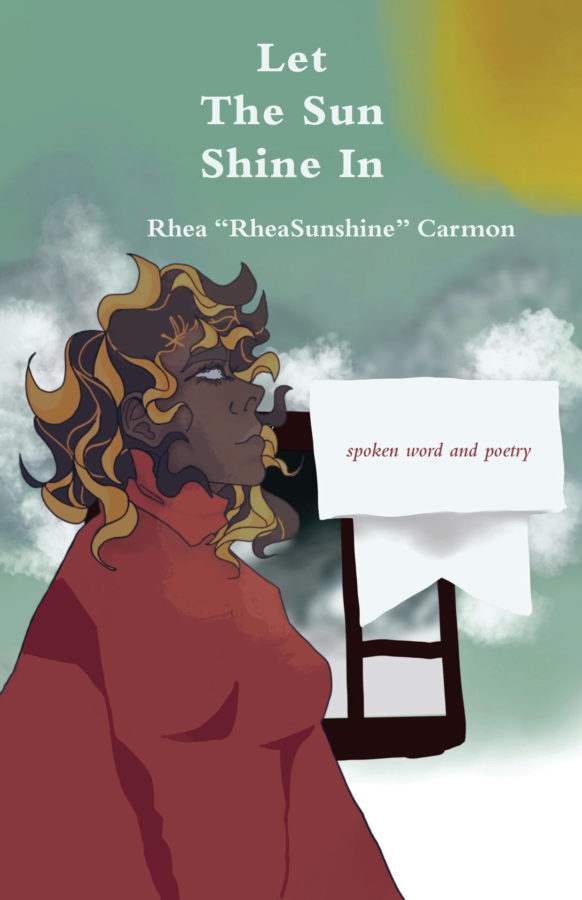 Finally, Knoxville’s current Poet Laureate is out with a book of poetry on our local Iris Press imprint. Rhea Carmon, who performs spoken word poetry as Rhea Sunshine, is also a teacher in Oak Ridge Schools. You can learn more about her in this profile I wrote last spring.

The new work, Let the Sun Shine In, includes twenty-two poems, many of which call to be read out loud. Themes center around her Christian faith, physical struggles, and family. Racial struggles are also powerfully addressed, as in these lines from “Birth Right:”

. . . As I struggled to receive my birthright
I cried for my mother and it was a revolution
It became the voice of a nation of black people
Seeking to reclaim the right to breathe
Our first right to life, a hope that screams life for America
When you stopped my breath, you did not stop our voice
You only ignited the fire
And it will not be extinguished.

You will find Rhea’s book at Union Avenue Books or online through Iris Press.