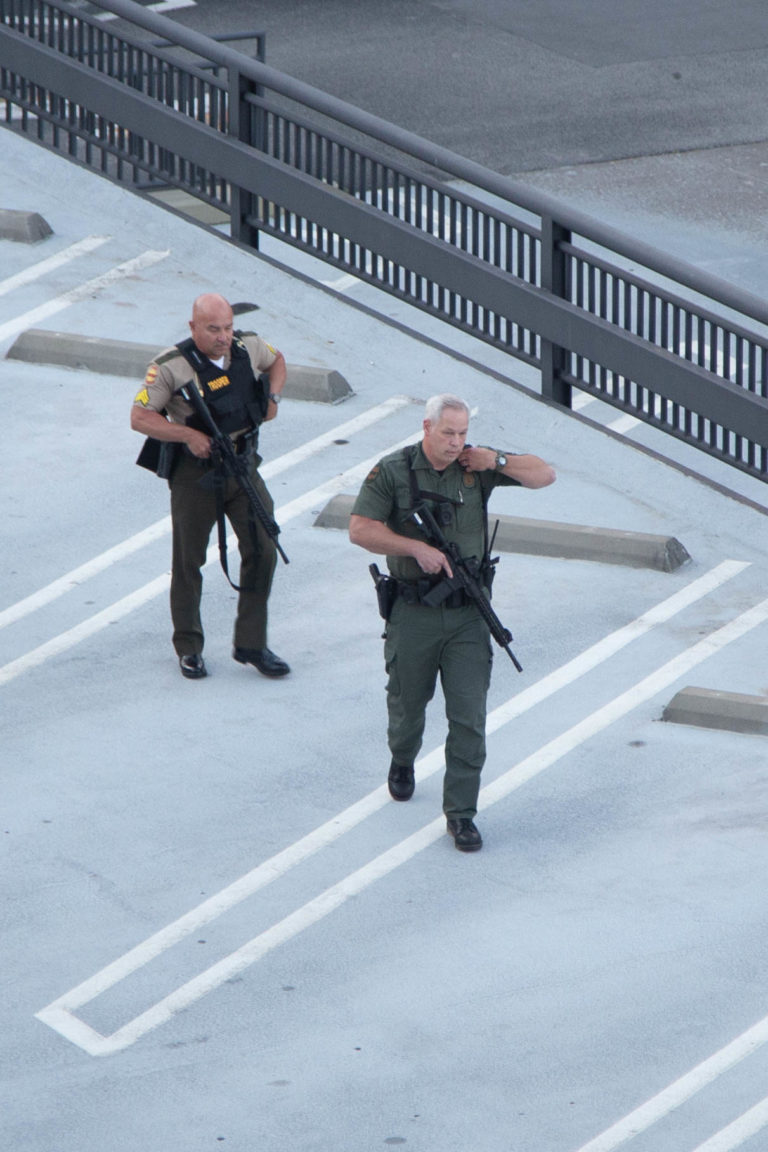 Guns are a fact of life in the United States. The U.S. has more guns per capita than any other country in the world at 120.5 per 100 citizens, or almost 400,000,000 guns. Second place is taken by the Falkland Islands, which has about half as many per capita. The next industrialized country on the list is Canada with 34.7 guns per hundred.

Not surprisingly, the U.S. also ranks high in firearm related deaths, at 9th. The countries above the U.S. on that list are all South American, with the exception of one African country. The U.S. ranks 17th in gun-related homicides, though there are no industrialized countries above the country on the list. 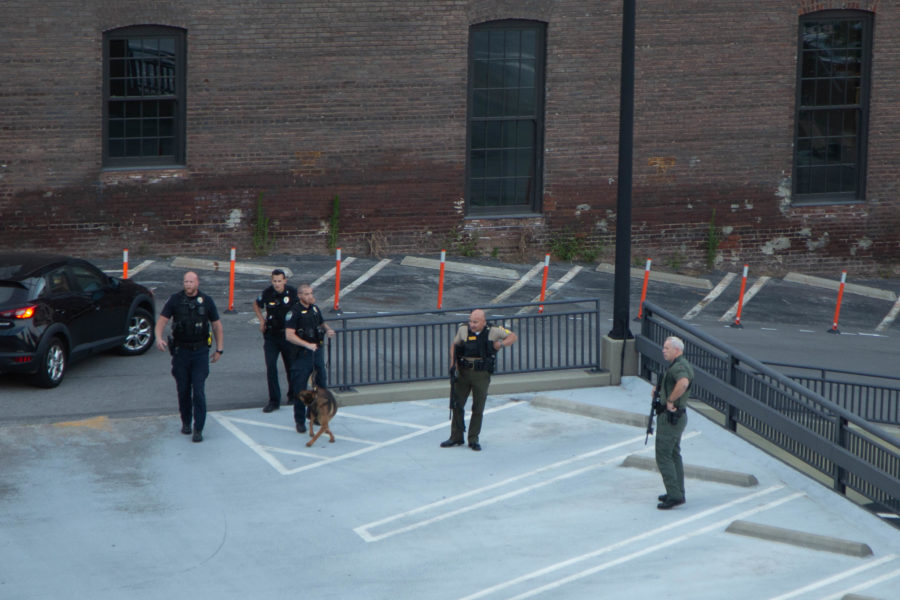 A recent article in the Guardian details a 25% increase in homicides in the U.S. in the last year. Despite narratives about big cities, the murder rate has risen by similar percentages in small towns and large cities, as well as in more rural areas. Additionally, the U.S. murder rate had consistently dropped (despite public perception) since the early 1990s, so the current increase doesn’t bring homicide levels to near the rate of 30 years ago.

State legislators have worked hard in recent years to target any restrictions to gun ownership or possession and to try to eliminate those barriers. This year’s gun bill went into effect last Thursday. Billed as the “Constitutional Carry” law, the latest effort makes it legal to carry a firearm without a permit or training. Previously a permit was required and it carried with it a requirement for training. Establishments may continue to ban firearms.

All of this came to mind when I recently saw guns on the streets of downtown on two consecutive nights. Neither were related to each other, nor were they necessarily related to the new law, but it helped me realize that seeing guns on the streets in our city and others (beyond sidearms in the holsters of police) is likely to become more routine.

The first set of photographs you see here involved K.P.D. assisting U.S. Marshalls searching the Promenade Garage for a suspect who, to my knowledge, was never publicly identified. Semi-automatic rifles were poised and I witnessed at least one officer with a drawn handgun. Dogs were brought to bear and at least a dozen enforcement vehicles lined the perimeter of the garage. Meanwhile, people walked past the officers to their cars. A line of ice-cream eating downtown patrons lined up along the promenade to watch the action.

The sight of the officers, guns drawn, was initially alarming. As I watched, I became more confused. It seemed that potential shooting was either very possible, as implied by the drawn guns and show of force, or it wasn’t as implied by the lack of an effort to clear the area. Logically, if guns are drawn there is a chance they will be used and the area should be cleared. If not, guns should not be drawn.

The next night (and the one that followed, though I didn’t photograph the second night) there was a large protest on Gay Street by a group insisting that justice was not served when no officer was charged in the death of Anthony Thompson, Jr. Anthony Thompson, Jr. was the Austen East Student fatally shot by police on April 12 while inside the school.

According to the published narrative of the day, Regina Perkins, mother of Anthony Thompson, Jr.’s girlfriend, called police that day and reported he had beaten her daughter, Alex, who had checked out of school. The officers went to the school and confronted Thompson, who had a gun in the pocket of his hoodie. His gun was discharged in the incident and one officer fired twice, killing Thompson and injuring the other officer.

At the protest, signs were displayed saying “Fuck the KPD,” as well as “Fuck Regina and Alex.” While the march/motorcade may have been a bit angrier in tone than protests I’ve covered before, it was the guns that caught my attention. Uniformed men, mostly with masks covering their faces and apparently with flak jackets underneath their all-black clothing, escorted the caravan and directed traffic in the middle of Gay Street.

It took me a moment to realize they were not KPD officers. Then I noticed that at least two had visible sidearms. I witnessed a confrontation between a white man (seen in the photo being led away by his family, I presume) and the uniformed black men. I don’t know what was said or what started it, but he was yelling at them and they were aggressively grouping and moving toward him. A blonde woman talked them down as the man was led away. Clearly, the incident could have ended tragically. If the man had pulled a gun, I assume they would have pulled theirs. Dozens of citizens were on the sidewalks.

I wasn’t able to make out all the insignias and initials on their uniform pockets, but I was able to connect a couple of dots. At least one had the initials “N.F.A.C.” This stands for “Not Fucking Around Coalition,” and is a national group described “black nationalist paramilitary organization.” The group “advocates for black liberation and separatism.” The group was founded around 2018 and began making appearances at racial protests in 2020. In Louisville Kentucky, their announced presence drew a contingent of 50 armed “Three-percenter counter protestors.”

The other initials visible on some uniforms was “POP Tenn.” Hard Knox Wire recently published an excellent profile on the group. Protect Our People Tennessee is a local group founded by Fahd Wali. They came into being in the wake of the Anthony Thompson shooting. Wali says the formation of this local group was inspired by NFAC. That said, according to the article, “While all POP Tenn members claim existing or aspirational affiliation with NFAC, the separatist aspect of the NFAC mission is not on POP Tenn’s day-to-day radar.” Wali added that all eight members of this local group have taken the eight hour course to receive enhance carry permits.

All of which is a very long way of saying we have more guns than most places in the world, we’re increasingly deregulating them, and new groups are emerging with the intent to go publicly armed. Some may feel safer or perhaps more free due to these developments, while others will, no doubt feel less safe. All opinions aside, seeing guns on the street is almost certainly going to become increasingly common.