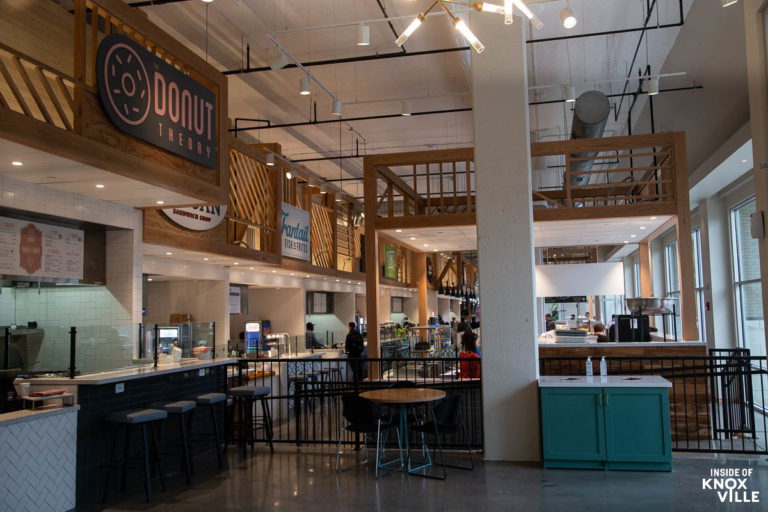 Another year is almost in the books and, as always, it seems to have flown by in blur.

We started the year undergoing a massive surge in COVID-19 cases, hospitalizations, and deaths, only to have that wave quickly begin to dissipate. We got vaccinations, learned that some of us were not going to get vaccinations, saw cases plummet to near zero locally, only to ride another wave in the fall, see a more modest decline, and ended the year with the specter of Omicron closing in.

But we also started the year with business openings and development news which continued at an increasing pace through the year. Some events returned and we learned to cope with the virus while edging back toward many of the activities we loved. We were able, at least to a larger degree, reconnect with the people we missed so much in 2020. It wasn’t normal in the 2019 sense, but it was closer.

The coverage here reflected the shift. I (along with Scott McNutt who, thankfully, compiles the 10 Day Planner each week) produced 355 articles. Thankfully, the number was much lower than the number for 2020 (466), but still significantly higher than the last more normal year in 2019 (281). The COVID-19 coverage is, of course, what produced the surge in the number of articles. I will likely have to return to the topic, but I have no plans to return to two articles a day. It is not sustainable.

The blog turned eleven years old in June, which I consider a pretty remarkable run. It is mind-boggling to consider what has happened to downtown Knoxville over that span. Many of you continued to support the effort with your monthly or annual donations and I really appreciate that. Readership dipped slightly this year from last, due to the reduction in the number of articles, but remains stronger than pre-pandemic numbers. Page views ran roughly 1.1 million in 2018, 1 million in 2019, 1.6 million in 2020, and 1.2 million this year.

The conversation continued to be lively (and I’ll have more to say on that later this week). There was a surge in comments last year and that sustained itself this year. What spurred the most conversation, however, changed. In 2020, COVID-19 was the subject of the top eight most commented upon articles. This year, only two COVID-19-related articles made the top ten. Here are the most commented upon articles of 2021:

6. (Tie) Welcome to the New Website You Made Possible (January, 46 Comments)

Often, the articles that receive the most comments, while they may seem like the most popular articles, don’t match up with the articles which are read by the most people. Sometimes an article is shared very widely, though with little comment. Also, the numbers given for each article are underestimates, since many people, including over 250,000 this year, come directly to the homepage.

So, what were the most read articles? Do any of them surprise you or do they match your interests? Did you miss some along the way? Here is #25-#11.

23. Austin Homes to Offer Housing to a Range of Incomes, Starting in December (July, 5,987 views)

18. A Very Different Babalu to Re-open This Week Under New Ownership (February, 6,667 views)

So far in the top twenty-five articles, business news predominates, but there is room for development articles, COVID-19, and three articles on homelessness. Tomorrow we’ll look more closely at the top ten stories of the year as we get ready for the next!