The Time Has Come to Make a Change 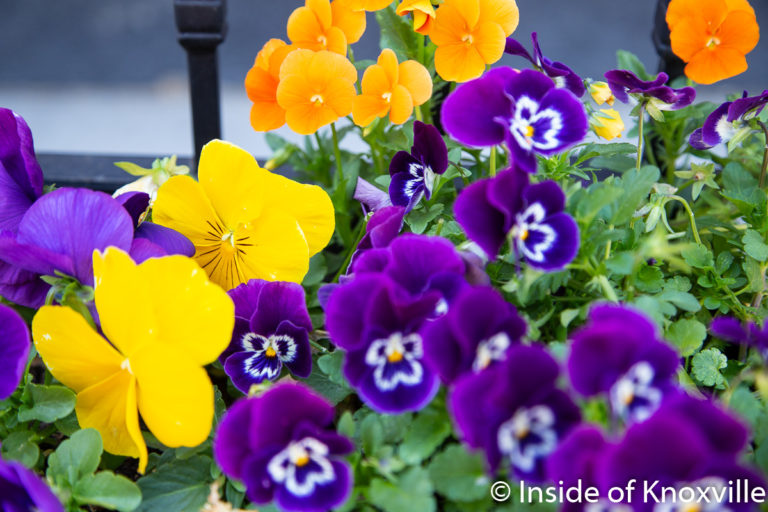 Life During the Pandemic, Knoxville, April 2020

As I mentioned last week, we are over a year into my writing about the pandemic. It started at a time there were fewer than 50 deaths in the United States from COVID-19. A time when we imagined a two-week lock-down would take care of the problem. We’ve learned a lot since then and, sadly, have now lost almost 550,000 friends and neighbors to the illness.

There were several reasons I started a daily update. As events began to cancel, there was less and less happening downtown for me to write about. When, for a brief time everything paused, there were few openings and developments announced. The big story was simply the impact of the virus on everything in our world, from the cancelation of Big Ears to the quest for toilet paper, from the loss of jobs to wearing goofy cloths across our faces. Not much else mattered for a while.

Much has changed since then. This is the most significant historical event most of us have ever experienced personally. We’ve watched cases, hospitalizations and deaths mount and felt despair. We’ve felt hope as each of these numbers tumbled and administration of vaccines began. For many of us, the loss has been personal, whether in lost income, relationships or someone we loved.

More recently some of us have gotten vaccines. Restrictions have begun to ease. Relationships that had been put on hold for a year are now a possibility, once again. We aren’t quite there, but we can feel that we are getting closer. The pace of new businesses and development has picked up significantly. While it never really stopped, there is much more non-COVID news to cover now than there was a few months ago.

Readership has also shifted. When I first started writing my two articles a day, my audience more than doubled and the most-read articles were those related to the pandemic. There was another peak in COVID readership in December as cases, hospitalizations and deaths seemed to be on an endlessly upward trajectory.

More recently, readership has been most focused on downtown news. The daily COVID updates are certainly read, but by an increasingly small number. It is understandable: We know more now and don’t have the learning curve we had earlier. We know what to expect and no longer have to fear the worst. All the metrics are improving, and many of us are extremely fatigued of the drumbeat of numbers. And we very strongly wish to return to something resembling normalcy.

On the other side of the equation from readers is the information flow. That has also changed. I doubt there has ever been a historic event more thoroughly documented, analyzed and reported in real time. The level of specificity (much of it just educated guesses) is amazing. But the flow of information coming to journalists covering the pandemic has changed recently.

I’ve mentioned several prominent websites, set up specifically for reporting and analyzing the pandemic, which have stopped publication. The Board of Health went from meeting every week, to every other week, to monthly. The Health Department held daily briefings for a while, then twice-weekly for months, followed by their recent shift to once each week. The state of Tennessee stopped reporting on weekends, as did ten other states and dozens of countries.

All of this makes consistent reporting, as I’ve done, more difficult to maintain. The seven-day averages I reported yesterday, for example, of cases and deaths in the U.S. and the world, have by now been revised upward because the weekend data came in. I’ve mentioned before the adjustments that are made days after the fact on hospitalization numbers in Tennessee.

On the personal side, this has been very difficult. Writing two articles a day doesn’t leave much time to gather information, make appointments for interviews, and follow leads. Once Urban Boy and Urban Girl moved in with us (last July), our home life became much more demanding and complicated. I often feel I give them less of my time than they need and deserve because of the demands of writing two articles a day.

Add it all up: the declining COVID readership, the declining information, the declining pandemic itself, the increasing flow of exciting news from downtown, the needs of my family, and my simple fatigue, and the time has come to reduce coverage of COVID-19 on my blog. I’m ready for the front page of my wonderfully re-designed website to be filled with life in the city and to look less like the cover for a medical report.

I do not intend to stop my coverage of the pandemic. It is in no regard over and the progress could conceivably reverse course should we become overwhelmed by new strains of the virus which, heaven forbid, do not respond to vaccine. I will also reserve the possibility to ramp up coverage again should we have a prolonged surge.

For now, I intend to write my usual articles the remainder of this week and then, beginning next week, I will write a COVID-19 article to be published on Friday afternoons to review the week that just ended. It will include international, national, state and local information. It will not include detailed UTK or KCS data, as that has proven to be less than useful in recent months. Their numbers have been low and are included in Knox County data. Should that change, I will expand my coverage accordingly.

I know some of you will be disappointed the coverage is reducing and I know some of you wish I’d never started it in the first place. I understand. I hope the articles have been informative and have made this era a small bit easier to navigate for those who have followed along. But there has to be a time to return my focus to the purpose of this website, which is downtown Knoxville and the great things happening here. And I’ve decided the time has come.