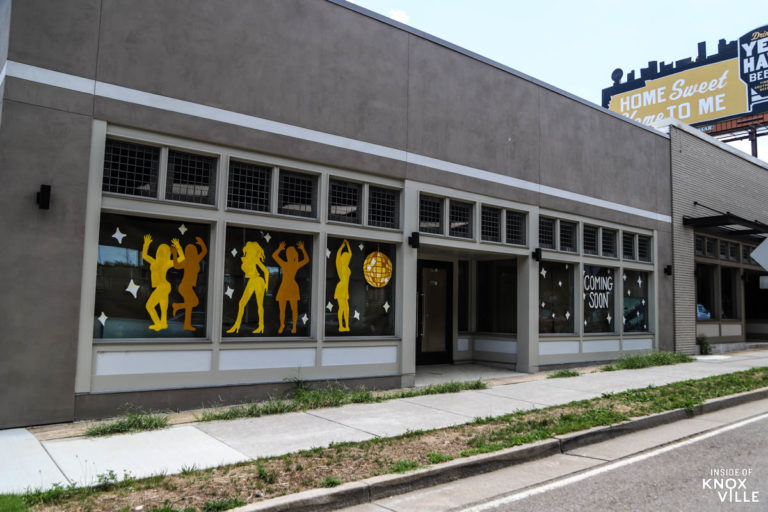 Steve Sansone moved downtown about three years ago, situating himself across from his business, The Double S Wine Bar. He said it bought him the gift of time and he has loved living downtown and he’s excited by its future prospects. While the original location has been closed since the end of April, the business is simply in transition to a new space. The new location for the restaurant will increase his commute by about three blocks, to just around the corner on the 300 block of Magnolia Avenue.

His bar will be the first business to open in the complex of buildings which once contained the Free Service Tire Store on Magnolia. The overall site contains four spaces for business. The building is owned by John Roethlisberger and John Macready and I first reported on their plans here.

We talked about the other changes that have happened as the business evolved over the last four years (it opened in September 2018) and worked its way through the pandemic. Originally focus on domestic wines, for example, due to Steve’s extensive experience with west coast wines, its focus expanded when the Old City Wine Bar closed. Reasoning he couldn’t be the only wine bar downtown (Brother Wolf opened later, giving us two once more) and focus only on one region, so he opened his list to international wines.

When COVID-19 first hit and bar hours were restricted, he expanded his offerings to include cocktails. It gave him a to-go option. He reached out to the community and he said they were very supportive. He hosted private wine parties with small groups. The focus was to “pay the bills and keep the doors open.”

When the restrictions were lifted, he focused on his growing customer base among Knoxville’s Hispanic population. Argentine Tango had always been a part of the business and drew large crowds which dissolved with the advent of the pandemic. More recently, he’s reached out to the Latin community and it has been “a great fit. I’ve had Salsa instructors do classes in the wine bar. We do socials and it was huge. It was a game changer.”

That success is part of the reason he determined he needed a larger space. His lease was up and he’d had noise complaints for playing loud music past ten. As a downtown bar, he sees that as necessary to his business, but he also realized there might be a different spot that would be a better fit for his mix of live music and dance.

He found the space on Magnolia and felt it was “a great opportunity. I like the area and see the city shifting that way.” The live music will resume at the new space. He’s had live Jazz on Thursday nights. He plans to have live Salsa bands at the new location.

As for the new space, he said, “I wanted to keep the integrity of the Double S, and that was my biggest challenge because it’s a much bigger space. I’m keeping it warm and homey and inviting and a lot of design is like the original location.” He mentioned specifically the layout and a similar bar. It is double the size of the former location. Buzz Goss has helped with the design and Steve has done much of the interior work himself.

There will be a small stage for increased live music. “I’d like to get to the place where I had live music three or four times a week.” Nestled next to the Interstate with no one above him, noise complaints are much less likely, a point of which he is well aware.

The wine and cocktail offerings will be much the same, as will the food. He focuses on keeping the food simple. He said, “I try prepare the best cheese plates in Knoxville and small bites.” He’s got the capacity to have a full restaurant, so it’s something he could do in the future. For now, he continues to focus on exposing people to wines they might not otherwise encounter. “I want you to find something new.” He’ll continue wine pairings and classes and may have wine dinners with local chefs.

“I’m bringing the Double S back bigger and better than ever.” He hopes to be open by the end of September.