Second Bell is Just Over a Month Away with Big Boi, Superdrag, and More 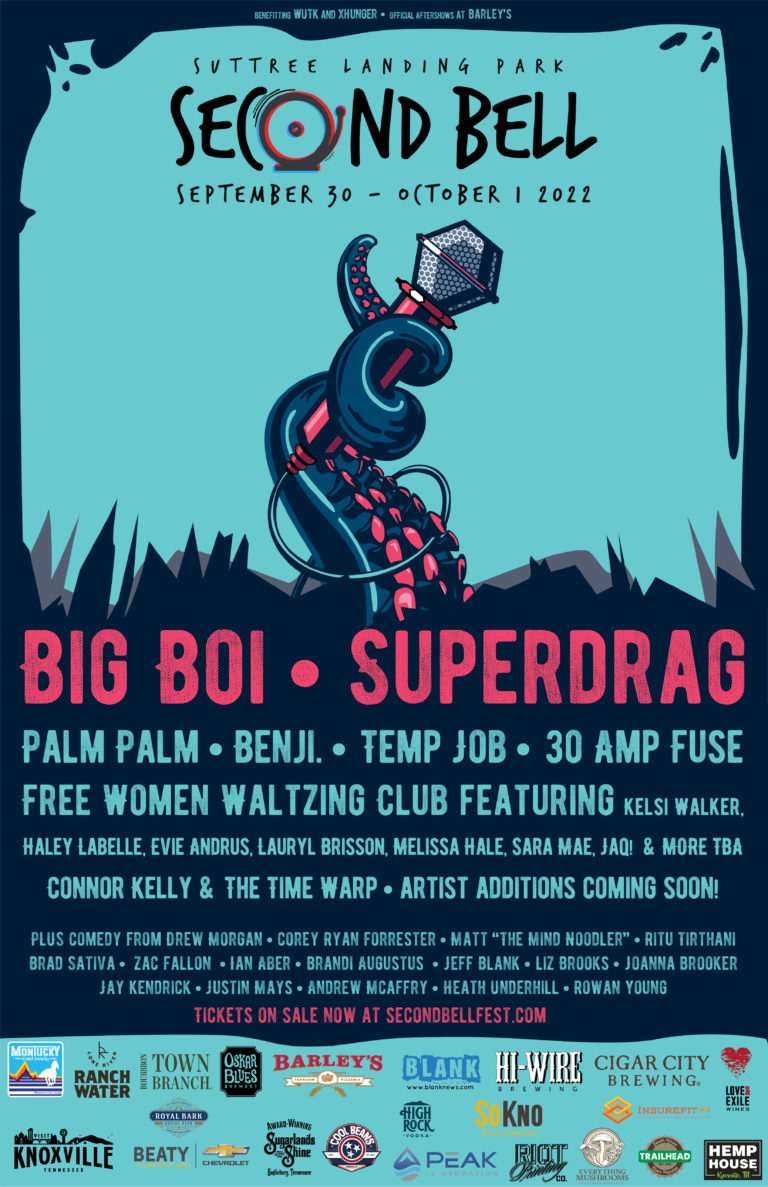 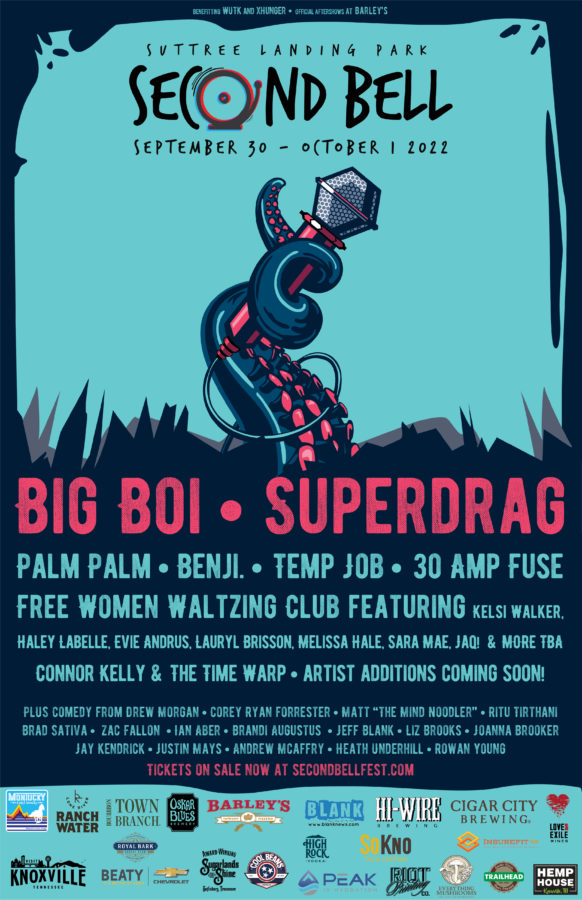 The original Second Bell Music Festival was held in 2018. It marked not only the first iteration of the festival, but introduced the city to a new outdoor concert venue at Suttree Landing Park, on the lovely southern banks of the Tennessee River. The event was topped off with festival favorites Repeat Repeat and (one of my personal favorites) Aaron Lee Tasjan.

The Second Bell Music Festival, presented by Rusty Odom and Blank Newspaper, has grown greatly since and has become a South Knoxville favorite. If there was one qualm, it had to do with the weather: It was hot. Held in August initially, this year’s festival will be held at the end of September and, in a first, it will be a two day event, extending into October 1. There can now be no objections.

The concert will give a portion of proceeds to benefit two organizations I hold near and dear. The first is XHunger, a Knoxville-based organization that seeks to support those working to see that everyone is fed. The second is local radio favorite WUTK, which has not only fueled my musical interests for forty years, but also hosted my radio show. WUTK, which has just announced a significant boost in their signal, is currently undergoing a “40 for 40” fundraiser. Both organizations are worthy of your support.

This year will certainly be bigger and better than ever, with a lineup headlined by a one-two punch guaranteed to excite Knoxville and command a large crowd. Knoxville’s very own Superdrag is reuniting for their first show in Knoxville since their 2010 Sundown in the City performance which was a great show. Best known for their 90’s hit “Sucked Out,” they promise a set delivering all the old favorites.

The headliner of the event is the one turning heads. Half of the Outkast front duo, Antwan “Big Boi” Patton will make his Knoxville debut as a solo artist. His best known composition is likely The Way You Move, which he released while a part of Outkast. He’s recorded three solo albums since his time with the group and tours with Sleepy Brown, the vocalist on many of Outkast’s recordings.

The festival isn’t just about the headliners, however. A long list of regional and local talent will complete the lineup, including encore performances from festival alums Benji and Palm Palm (not to be missed). As was previously the case, a strong comedy lineup will be presented on a third stage. The top of the comedy bill includes Matt “The Mind Noodler” Donnelly and “WellRed” standouts Drew Morgan and Corey Ryan Forrester. Zac Fallon, Jeff Blank and other local favorites will also be featured.

General-admission weekend passes are now available for just $70, while VIP tickets are a bargain at $140. A sell out is expected, so you should get your tickets sooner, rather than later. Tickets are available here.