Sunset on Central Returns This Weekend 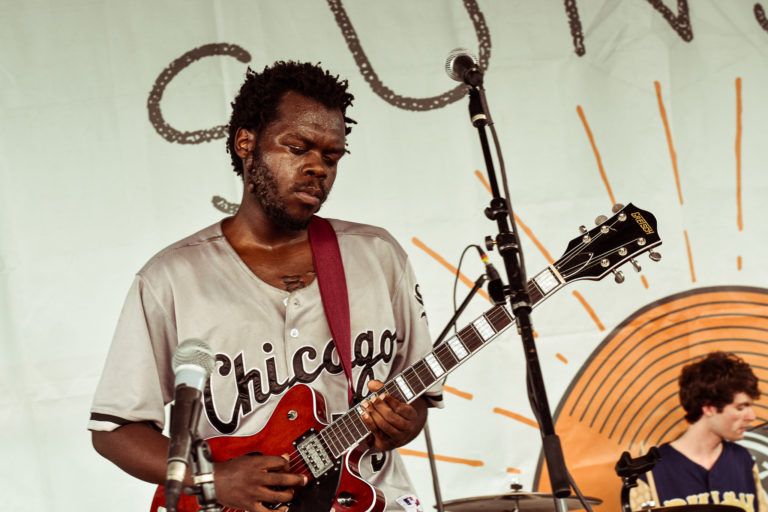 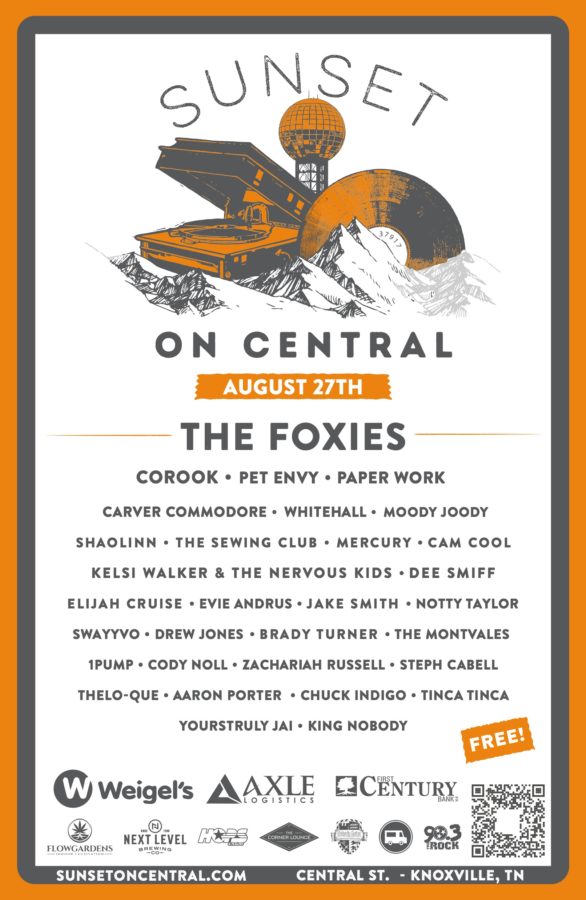 Born and Raised Productions is returning with the fifth rendition of Sunset on Central after a two-year absence. Knoxville’s biggest free music festival has grown to include five stages including stages at Central Filling Station, Schulz Bräu Brewing Company, Hops and Hollers, Corner Lounge, and Next Level Brewing. The event will be held this Saturday, August 27th from 4 pm until the music stops sometime into the night.

Headlined by The Foxies, the lineup includes nearly thirty artists, many of whom are set to be the hot new artists the city and region has going. Also included in the lineup is Corook, Paperwork, Pet Envy, Moody Joody, Carver Commodore, Whitehall, Mercury, Kelsi Walker and many others. The chance to see a re-united Paperwork alone is worth the outing.

There will be a kick-off event the night before at Central Filling Station from 7-10 pm. The interactive art exhibit is called, fittingly, Twilight on Central. On the back-side of the festival, there will be a “hip-hop and R&B afterparty curated by Rooftop Collective at Corner Lounge.” There you’ll find even more music, with regional and local hip-hop artists. If that’s not your cup-of-tea, there is an afterparty at Schulz Bräu featuring “pop/funk band Pet Envy” and Silent Disco will entertain the late-night crowds at Central Filling Station. 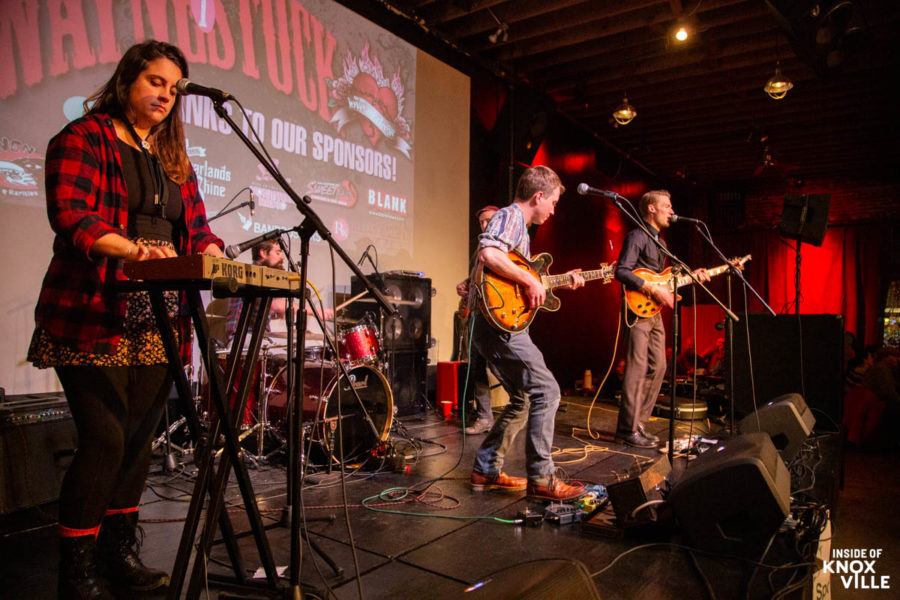 This couldn’t be free without sponsors and this year’s sponsors include Weigel’s, Axle Logistics, First Century Bank, and Flowgardens Indoor Cultivation. Each of the sponsors also donated to a range of local charities including Boys & Girls Club of East of East Tennessee Valley, Second Harvest Food Bank of East Tennessee, and Dogwood Arts. Over $6,000 has already been donated to the causes and the event will be used as a fundraiser via donations.

The event is open to everyone and is “a celebration of Knoxville, music, and community. The event aims to bring people to check out the growth and development of the North Knox and Happy Holler area including the brand new Yee Haw Brewing Knoxville location. Born & Raised Productions is a music promotion company based in Knoxville, creating unforgettable music experiences in East Tennessee.” 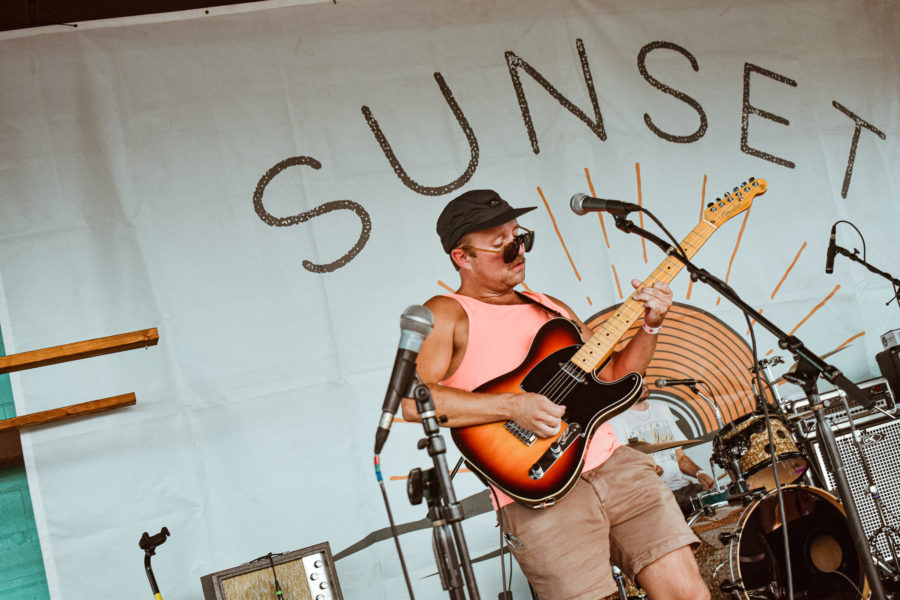 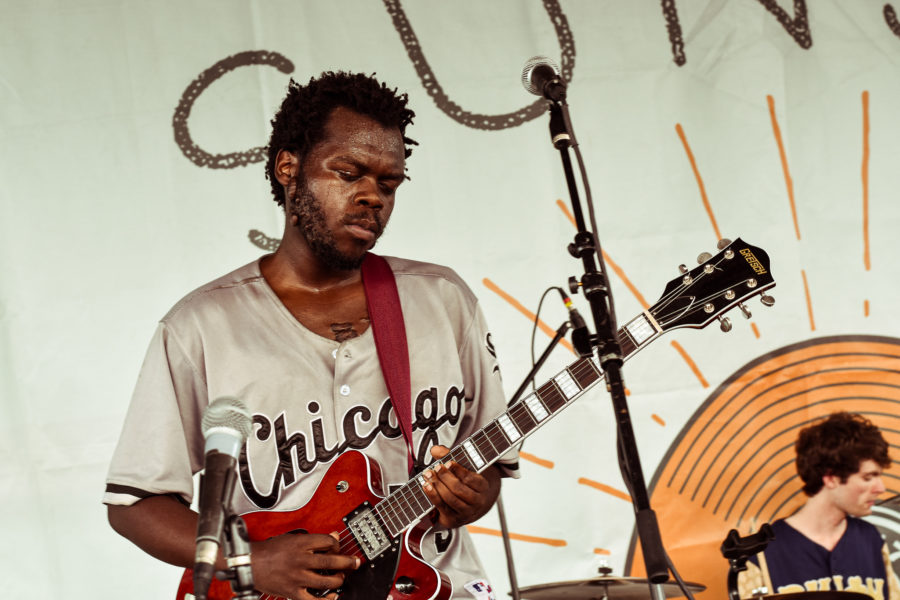 Information About Some Of The Announced Artists:

The Foxies, GlitterPunk band from Nashville, TN. The Nashville-based power trio of vocalist Julia Lauren Bullock, guitarist Jake Ohlbaum, and drummer Rob Bodley are a decidedly DIY-minded band. The Foxies infuse their songs with equal parts raw emotion and a musical sophistication that comes from years of devotion to their craft.

Corook is a singer, songwriter and multi-instrumentalist from Nashville, TN. She’ll be heading to Sunset on Central fresh off of her debut at the Bonnaroo Music Festival in June.

Paperwork is a Knoxville favorite playing a special reunion set at Sunset on Central. They take on elements of punk, new wave, and shoe-gaze indie. They readily compare themselves to Talking Heads, Violent Femmes, and Modest Mouse.

Whitehall is an indie rock four-piece from Charleston, SC. They merge a dancey demeanor with an insatiable desire for more out of life, making for an incredibly energetic and heart opening live experience. When they aren’t shotgunning La Croix, Whitehall tours the east coast.