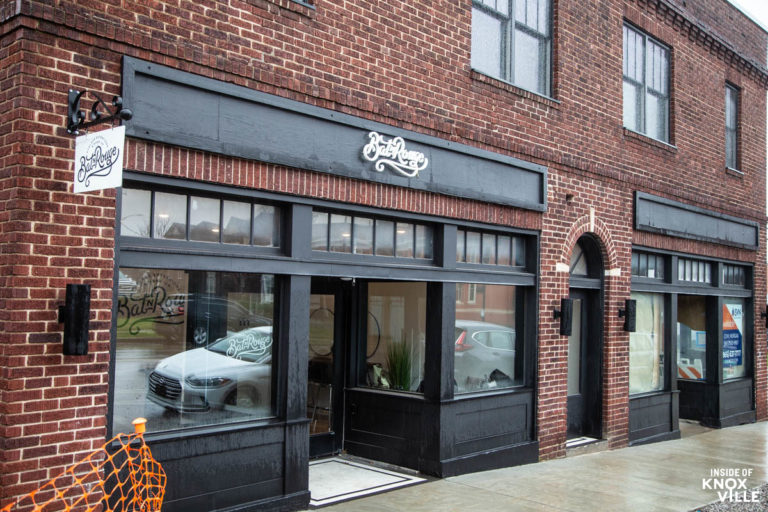 If there has been a theme to the business news over the last year in the downtown area, it has been one of acquisitions and expansions. Bat N Rouge, opened by Haley Hancock in 2015 in a space beneath Gay Street, eventually moved to the basement of the JFG Building and then to 109 South Gay Street in 2017. The business continued to thrive, but Haley moved out of state and operated it long-distance. It was not a long-term solution and, as her family began to grow, she offered it for sale via an online business site. She had already set in motion plans to move it to its new location at 104 E. Fifth Avenue.

Jennifer and Geoff Yearack, serial entrepreneurs, who I introduced to you as the owners of RCN Technologies in May 2019, were in New York in the fall of last year considering business possibilities. Interested in diversifying their business holdings, Geoff saw an ad for an unnamed downtown business and Jennifer quickly realized it was Bat N Rouge. She remembered meeting Haley, as they were from the same area of California.

The couple connected with Haley and quickly made a deal for the purchase. Jennifer says the transition has been smooth and all the decisions and plans Hayley had made for the move have worked out very well. Hayley has helped with the transition and will continue to do so for a short time. The staff moved with the business and one staff member, who had moved away, has returned.

Jennifer said their goal has been to preserve the exceptionally good dynamics among the staff and ensure the same quality work going forward. They are looking to put systems in place that will make operations run smoothly and lead to even greater success. The improved functionality of the new space will also help grow the business.

The new location includes two treatment rooms that were sorely lacking at the previous location. There is a dedicated spray tan room and a shower, which was also not available at the old site, for use between treatments. In short, the new space allows for much greater privacy. Lashes, extensions, and spray tans make up a large portion of the business. They have become very integrated with the local wedding industry and coordinate with hair stylists to prepare brides and bridesmaids for the special day.

In one respect, Jennifer says they will operate in the same manner they operate their other businesses, but “making sure employees feel they are part of a team. We want to help our employees grow. The culture is very important.” She said the want to establish a healthy and happy culture where employees work hard and play hard.

Parking should also be less of an issue with a large supply of free on-street parking directly in front of the business. Located across the street from Knox High Senior Living, the area is increasingly frequented by a younger demographic because it is within sight of two new breweries, while two others are about two blocks away.

The new owners are also looking to fill two positions and are interested in finding qualified lash artists, skin care professionals or estheticians and are also interested in expanding into massage services. New skin care and other beauty products will also be added. You can contact or follow the business via their website, Facebook Page or contact them by phone at (865) 360-2504. They are also looking to expand hours, which are currently 9:00 a.m. to 7:00 p.m. every day except Sunday on which they are closed.

While the new location opened last month, the owners are waiting until late April for their Grand Opening events. On April 29 they will host  a grand opening for the public, and May 4 they will host an opening event for others in the industry. Both events will include brunch foods from 11:00 a.m. to 2:00 pm and happy hour from 4:00 pm to 7:00 p.m. They will host a Bridal Open House on May 6 from 5:00 p.m. to 7:00 p.m.