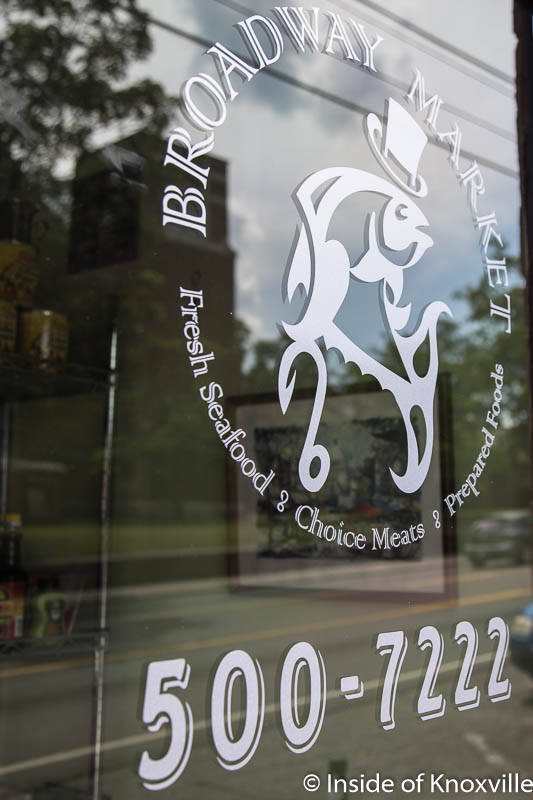 It was almost two years ago when I first wrote about Broadway Market opening in the sliver of a building at 1328 North Broadway. The building had housed K-Brew, another coffee shop, a pop-up by chef Bruce Bogartz and now is leased by Noble Kava. In May of last year, I wrote that Broadway Market moved just down the row of buildings owned by Patrick McInturff into 1322 which had formerly been home to Breadshed.

Don and Lauren DeVore owned and operated the business. Don has worked everything from McDonald’s to a restaurant in Seattle’s Pike Place Market. Along the way he worked at several high-end restaurants and worked for a corporation helping salvage failing restaurants. Ultimately returning to Knoxville, the couple has operated and/or owned several restaurants including, notably, Sequoyah Hills Cafe.

After a false start at a secondary location, Don and Lauren worked hard to build the business at 1322 and he said it worked, with business up about 25% this year. He rattled off a number of people from different areas of town who sought out his Poke. The neighborhood seemed to embrace the store.

When the lease came up for renewal earlier this month, Don and Lauren assumed they would continue in the location. When they learned their lease would not be renewed, they began packing. The suddenness of the move has created hardships they could not have anticipated. They had no time to secure another location, to inform their customers of the closure and a new address, or to work through their inventory so they didn’t close with large amounts of time-sensitive stock.

Their income unexpectedly ceased and they had expenses related to moving and storing equipment for which they were unprepared. Fortunately, they have always operated without debt as a matter of principle. They are also nimble, if nothing else, having opened the original location three weeks after finding it. They have quickly started a search for a new location and are considering spots from Fountain City to the Old City and places in between. They hope to make an announcement soon.

They’ve already had to pay movers and now they are paying for storage. They assume the new location will involve start-up expenses at the least for making the place presentable. It’s also possible they will have to assume major expenses like installing a grease trap if the location doesn’t already include one.

There are two ways you can help, if you are so inclined. If you know a suitable location for a small, mostly carry-out food business, they’d be open to hearing from you via the Broadway Market Facebook Page. If you would like to make a direct contribution to the move and to reopening expenses, you may do so through their Go Fund Me page. Here’s wishing the best to both of them and hoping the good food is flowing again and they are back on their feet, very soon.