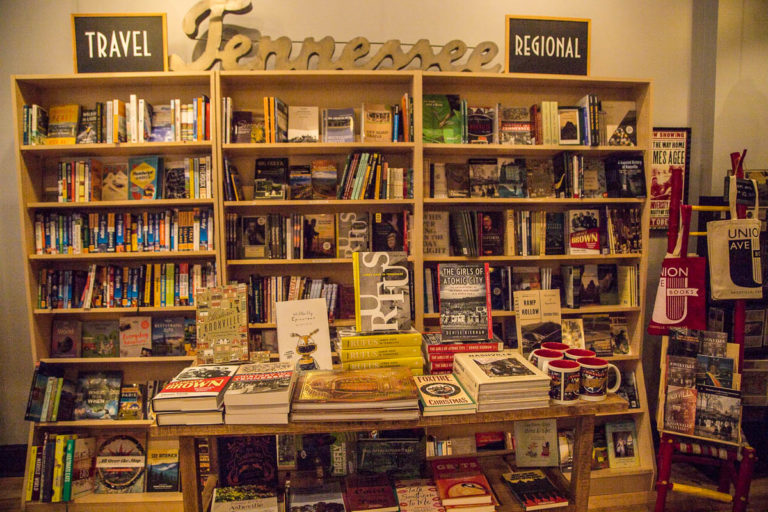 Here’s your last weekend before Christmas guide for your literate friends and family members. Why not give them something to think about, something to learn from or simple, Knoxville-based informational or photographic pleasure. We love our city and what better time to pass that love on than Christmas. 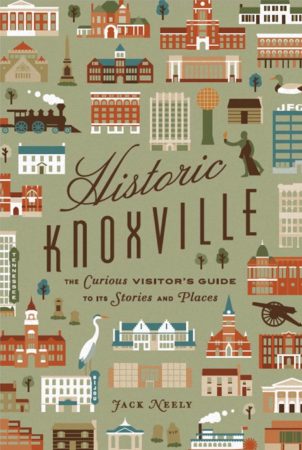 Let’s spotlight just a few recent books, including two or three from the last couple of years. These books explore a piece of the place we love and it doesn’t get any better than the one I mentioned the other day which is hot off the presses: Historic Knoxville: The Curious Visitor’s Guide to Its Stories and Places by Jack Neely.

The book is a fascinating combination of well-written entries about everything Knoxville, it has great historic and current photographs. It’s perfect for that friend who loves the city but will only look at pictures or for the friend who wants a great reference book about the city. That’s how I see myself using it after drinking in every word and image.

It’s got perfect sections made for looking up that obscure fact I almost remember and know it must have come from Jack. Sections include Historic Homes, Museums and Collections, Downtown, Downtown Churches, Statues, Literature and Music, The Civil War, The University of Tennessee, Neighborhoods, Parks and Gardens and Cemeteries. Better grab your copy quickly as this is a holiday favorite this year. 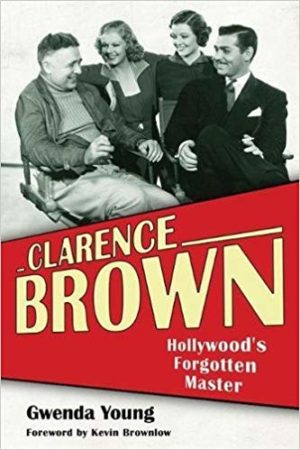 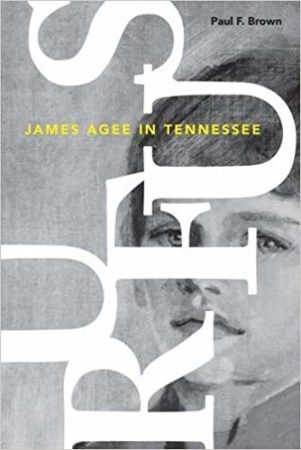 A new book explores the life and career of Clarence Brown (before he was a theater). Clarence Brown: Hollywood’s Forgotten Master by Gwenda Young. Brown moved to Knoxville as a child and graduated from both Knoxville High School and the University of Tennessee. His storied, though somehow largely forgotten career is like a name check of Hollywood’s golden era. Just the fact that he guided young Elizabeth Taylor’s early career should be enough to cement his spot in film history. His fifty films with Hollywood’s biggest names and his relationships with them all should make for great reading for the theatrically inclined family member.

We’ve all read A Death in the Family, James Agee’s Pulitzer Prize winning book. I know I’m not alone in having read it multiple times. It’s hard to read the book without wondering how much is autobiographical. What we really need is a book to explore Agee’s background and early life. Now we have it in Rufus: Agee in Tennessee by Paul F. Brown. In it, Brown makes the argument that Knoxville shaped Agee as an artist well beyond the obvious autobiographical connections to his most known work. 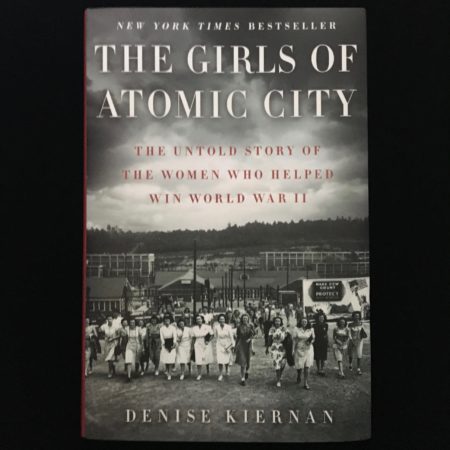 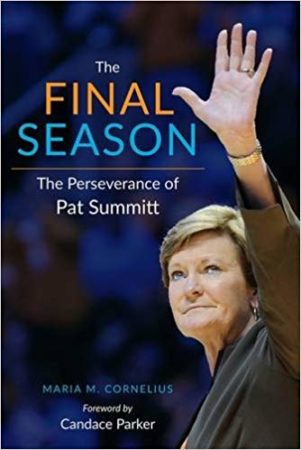 The Girls of Atomic City by Denise Kiernan is now in paperback and is an important book in exploring the herstory that often gets neglected and eventually forgotten. That women played a significant function in the government’s secret operations in Oak Ridge comes to life on these pages.

Of course, if there is one iconic woman in east Tennessee, that would probably be Dolly Parton. But if you picked another, you’d probably have to consider Pat Summitt. In The Final Season: The Perseverance of Pat Summitt, author Maria Cornelius not only explores her relentless drive to win on the court which resulted in her being the winningest coach in NCAA history, it also looks at her relationship to players and others around her. Now in paperback, this is perfect for the UT fan or for sports fans in general. 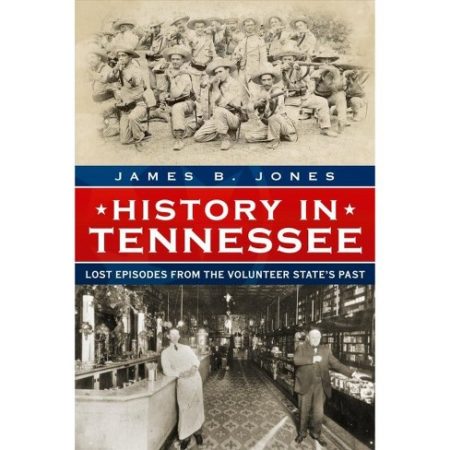 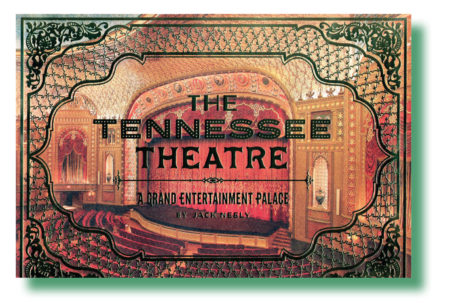 History in Tennessee: Lost Episodes from the Volunteer State’s Past by James B. Jones is from the America Through Time series and offers a fun look at many quirky little facts and stories that historians might not have made the focus of more dry tomes. It’s set in a calendar format with fun facts for each day. The photographs are amazing and it is fresh off the presses, so get it while it’s hot.

If you want your history more specific, you can’t do much better than The Tennessee Theatre: A Grand Entertainment Palace by Jack Neely. I know this book is three years old, but I have to say for anyone who is serious about Knoxville, this is an important book to have in your library or on your coffee table. It’s beautiful and has a wealth of information. And purchases help support the theater we all love so much. Win/win. 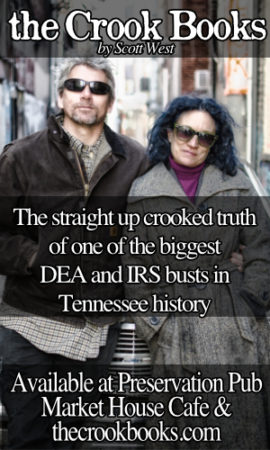 I previously wrote full reviews of the Crook Books (2016) and the four volumes of Lost Tales of Scruffy City (2018) all written by Scott West. The former focuses on the events that led to the incarceration of West and his experience while in prison, while the later take a deep dive and light-hearted look at some of Knoxville’s quirkiest stories

Of course, Christmas is about the children, right? Two books fit the bill perfectly and still with our Tennessee/Knoxville-centric theme. You may know the classic Goodnight Moon by Margaret Wise Brown. Now there’s a cottage industry specific to all sorts of locales, including Tennessee. It’s a kid-friendly bedtime book that slips in a good number of facts about the state. There are actually two versions. The older Good Night Tennessee by Adam Gamble and Joe Veno (2007) and the more recent Night Night Tennessee by Katherine Sully and Helen Poole (2017). 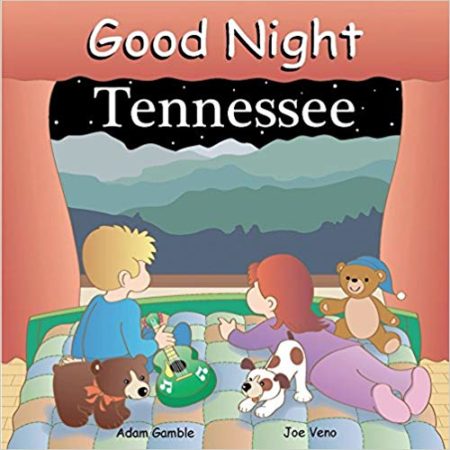 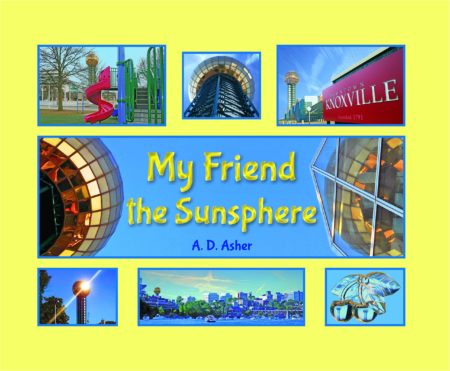 For a more Knoxville-specific children’s book, you can’t do much better than Knoxville resident A.D. Asher’s 2017 book, My Friend the Sunsphere. It’s a playful look at a child’s friendship with the Sunsphere. If your young ones are like our young ones, the Sunsphere is one of their favorite icons and spots in the city. They will love this great book.

One final word: Shop local. All the books discussed in this article (with the exception of the books by West, which are available at Earth to Old City and Scruffy City Hall) are available at Union Avenue Books (517 Union Avenue), Knoxville’s only independent book store. Every penny earned there goes right back into our great city and assures we continue to have an independent book store. Please shop there and support local while picking up great books of all kinds in their newly expanded space. You’ve got four days!