Arts and Media For Fun On a Friday 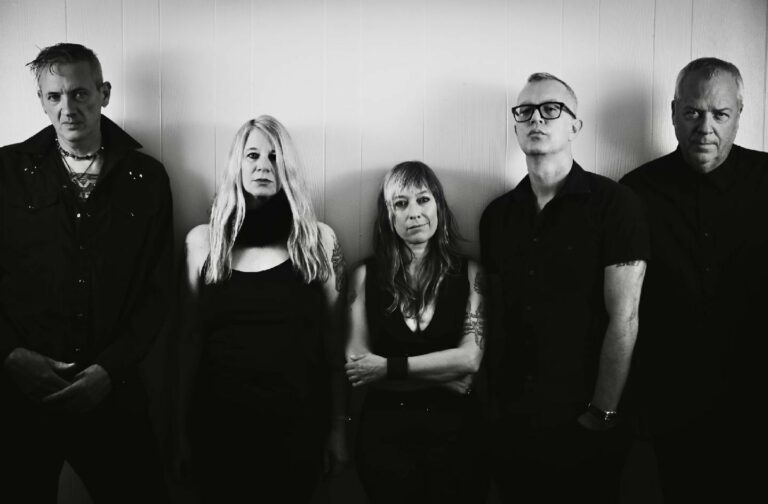 From time to time I have a mix of small hits that I’d like to share with the larger world and today is a good day to serve up a few of those. For today’s episode, we have poetry, rock and roll and viral videos. Check it out if you are into those and remember to support your local artists and, well, local people who go viral.

Now he has shared his own work with the world with a new volume of poems, After All (you can purchase it at the link). It comes as no surprise that someone writing poetry in their later years might tackle themes of mortality and meaning. That he is able to do so while remaining unsentimental, embracing life as he prepares to say “goodbye” to its journey is more remarkable.

Here’s an excerpt from Favorite Season that incapsulates that quiet perspective:

Fall is her favorite season. I can tell

because of how she frolics through the leaves . . .

But I am more reflective and ahead

I see dark clouds, the loss of friends, and pain;

though still, regarded from a broader view,

the magic of each day unfolds instead,

now more intense, a song of loss and gain.

I think that fall’s my favorite season too. 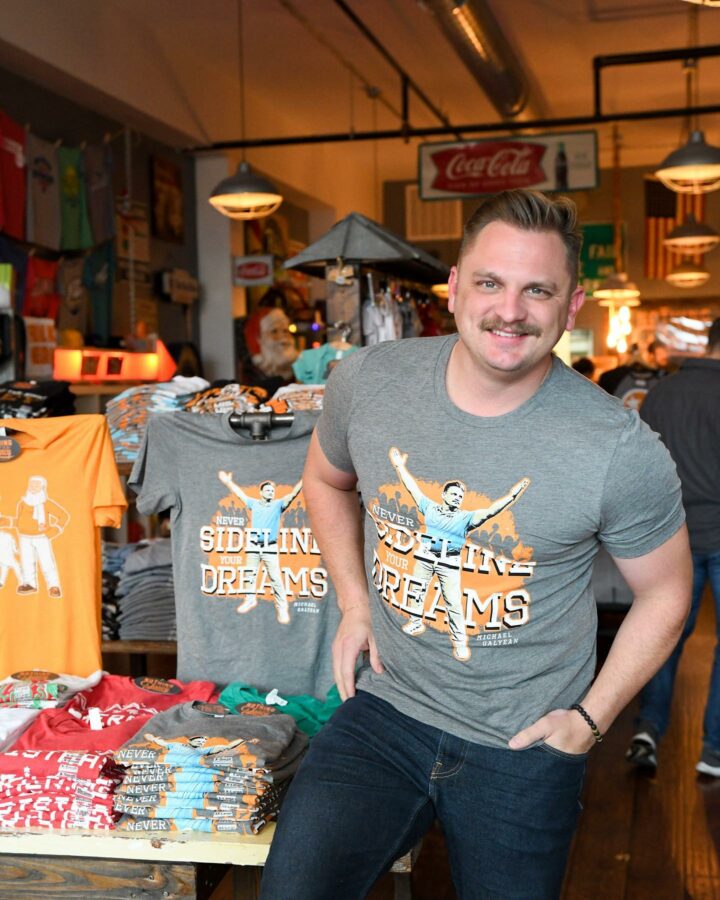 Next up is social media’s latest (minor) sensation. It’s our very own Michael Galyean, who was last seen on this site discussing the recent closure of Tailgate on Market Square, where he was the manager. He’s also a well known person-about-town, choreographer, and dancer.

It was those dance skills that recently propelled him into the viral stratosphere on social media. At the UT/Kentucky game, standing on the sideline in a security uniform as the dance team performed behind him, Michael appeared to obstruct the dancers and was “asked” to move. Instead he broke into a planned choreography with the team that caused the crowd to erupt.

Now known as “Blue Shirt Security Guy,” the video has traveled around the world. Michael has been featured (repeatedly) on ESPN, many local news programs in various places, The Today Show and more. As you can see above, he also has his very own line of merch available at Nothing Too Fancy.

It turns out, Michael came to Knoxville from Delaware 22 years ago as a freshman at UT with the dream of being on the sidelines at Neyland Stadium as a cheerleader (he had cheered in high school), but was too intimidated to try out for the squad. Fast forward a couple of decades and he finally got his due in front of a packed house. You should be able to click through and see the video below. Well done, Michael!

Knoxville band Mercy Lights formed in August 2019, just a few months before the live music scene imploded for a while. The band persisted and recently added new member Todd Ethridge. Band member Sara Washington said the addition has led the band into a creative surge with their writing. She describes their current sound as “New York Art Punk.”

Now back to playing live gigs (they recently played Preservation Pub). They will next be on stage at the Corner Lounge on December 29. Sara said you can expect to see a lot more of them in early 2023. They also anticipate being in the studio early in the year to record new songs and a couple of older ones for a planned vinyl release.

They’ve also recently filmed the video linked below for the song Secondhand. The video was shot live at Preservation Pub by Rus Harper’s Motion Lighting class at Pellissippi Community College.

Finally, the Sedonas have new music out in the world. Recorded earlier this fall, their new album The ’79 Session was released in early December. If you like your rock and roll with a hefty dose of Americana influence, this four-piece Knoxville band band is for you. I first mentioned them when they released their first album a couple of years ago.

They’ve been on an amazing ride since putting out their first EP in 2016. They’ve opened for a range of great artists including Blackfoot, Drivin N Cryin, Blues Traveler, Hoobastank, The Kentucky Headhunters, The Guess Who and many others. Watch out for them. Maybe this is the album that breaks them to a national audience.

You can listen to the full delicious album here, or start with a small sample in the form of the first video from the album below.