Music for a Pandemic (or Anytime) from the Sedonas and R.B. Morris 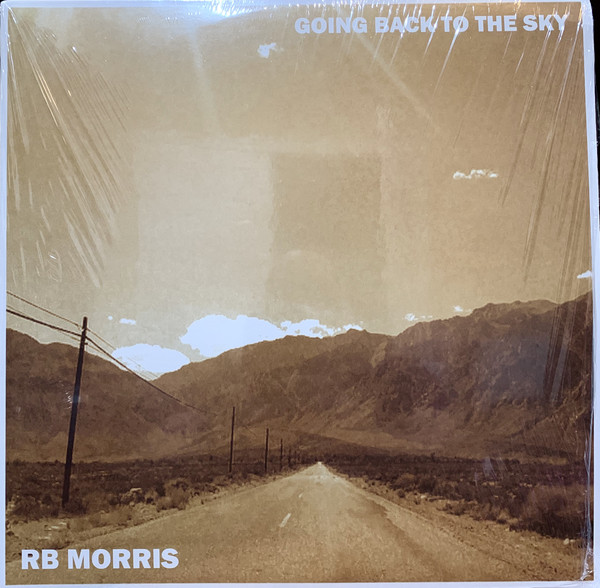 We may only be touching the tip of the music and other art made during or released during the pandemic. We might expect that artists isolated during this time might tap the muse for inspiration and focus on doing what they do best. The two local artists I’d like to highlight today had music close to ready for release when the pandemic hit. They can’t be performing live to promote it as they’d likely be doing at this point, so here’s a little nod toward their good work so that perhaps it won’t be overlooked while we’re all hunkered down.

I first met James Connor Wike, vocalist for the Sedonas, in April of last year as he promoted their most recent single. Fast forward just over a year and the band released a full eponymous LP last Friday. You can hear previews of all the tracks here and find all the links where it is available to listen to or purchase here.

The band draws deeply on Americana and earthy rock and roll, with a sound that can be delicate or raucous. If you are a fan of Keith Richards flare for placing indelibly catchy riffs at the front end of Rolling Stones songs, or Dickey Betts’ flighty solos at the front end of the Allman Brother’s band songs, you’ll love what guitarist Ryan Sise does to launch a number of the songs on the LP. Check out the catchy looping lead lick running through “One Day or Another.”

“Happens Right” kicks off the new disc with a heavy sound worthy of and reminiscent of Steppenwolf in the late sixties and early seventies. Jame’s vocals are powerful and Ryan’s slippery guitar sets them off perfectly. The songs clip along at right around three minutes like the good rock songs they are, with organ added effectively by band friend Jason Estes, for a great additional layer.

After rocking through a couple of tracks, the band shows their ability to mix it up with the stately, “Trace of Rain,” the single and the video included here.  The album blends the sound of sixties and seventies grunge with delicate pieces and subtle surprises the rest of the way home.

The single is dedicated to “All Those Recently Affected by Death, Suicide, Illness or Unemployment.” It’s for them and it’s for all of us. I think you’ll enjoy. 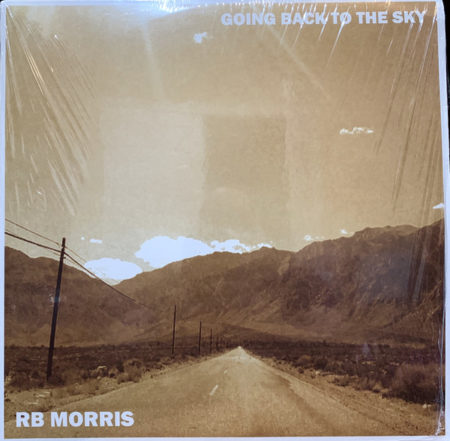 If there has been a soundtrack to our sheltering at home, it’s been R.B. Morris’ new LP “Going Back to the Sky.” When the first song was released, all the way back to last August, R.B. told me that he “always thought of it as my ‘dustbowl record’ just cause it’s dusty old highway songs from my early road trips out west. Probably doesn’t plug into the culture anywhere.”

The song was “Red Sky,” which became the lead cut off the LP, after a tasty prelude by guitarist Bo Ramsey and Willie Nelson Family harmonica player extraordinaire Mickey Raphael. You can feel the dust between the tracks from the beginning of what could be travelogue of the downs and outs of traveling across the countries vast deserts and plains.

In addition to the aforementioned musicians, the LP features some of Knoxville’s finest; Greg Horne on pedal steel and guitar, Hunter Deacon on Drums, David Mansfield on fiddle, and Trip Bratton on tambourine. Daniel Kimbro ties it all together on bass and takes a turn at writing a moody interlude on side one, playing baritone guitar on “Somewheres Out West.”

As you would expect, most songs are written by R.B. Morris, though he shares writing credit on the moody “Montana Moon,” and with the excellent guitarist Greg Horne on, “Six Black Horses and a 72 oz Steak.” The later part of that is a reference to a western staple from, I assume, another era. I really wanted to try to eat that steak and get it for free as the sign announced out in west Texas when I was a young guy.

The songs are filled with images of moving down the road and exploring the outer reaches of the country with all the levity, adventure and hardship it entails, but all coming with a memory. Some evoke a feeling that you’ve felt or think you might have if you’d taken to the road, like these lines from “Me and My Wife Ruth,”

We ain’t come a few miles and some, But this stretch is straight and clear,

You just let her roll, heart and soul, like I did in my youth,

Why it was a few days back we tied on a sack, Just me and my wife Ruth.

In “That’s What I Do,” the protagonist doesn’t defend or explain, just acknowledges his relationship with the road:

There’s days I want to blast off into space,

I mean leave it all behind without a trace.

When its time to hit the road I just grab my hat and go.

I’ll try to let you know.

For long-time fans, you’ll find “Old Copper Penny,” which fits in perfectly with the collection. Urban woman fell in love with the beauty of “Once in a Blue Moon.” The album flows seamlessly from the elegance of “Once in a Blue Moon,” to the humor of “Six Black Horses and a 72 Oz Steak.” “Under the Cigar Trees,” (yes, that’s an actual thing) features Warren Byrom on trumpet adds a Tex-Mex flare and the album ends with the beautiful and dreamy title track that sums up everything about the album:

And now I see the sun going down, guess my time is coming up, guess its time to spill my cup and say

That I’m going back to the sky, now the mountains bow their heads, all the rivers make their beds and go away.

The CD, which came out in January is available on R.B.’s website, as is a download card. But I would really encourage you to consider the vinyl, which came out just about a month ago. It’s a pristine clear vinyl with a lyric sheet and download card included. It’s taken me back to listening to music the way I fell in love with it in the first place. I think you might like it, too.