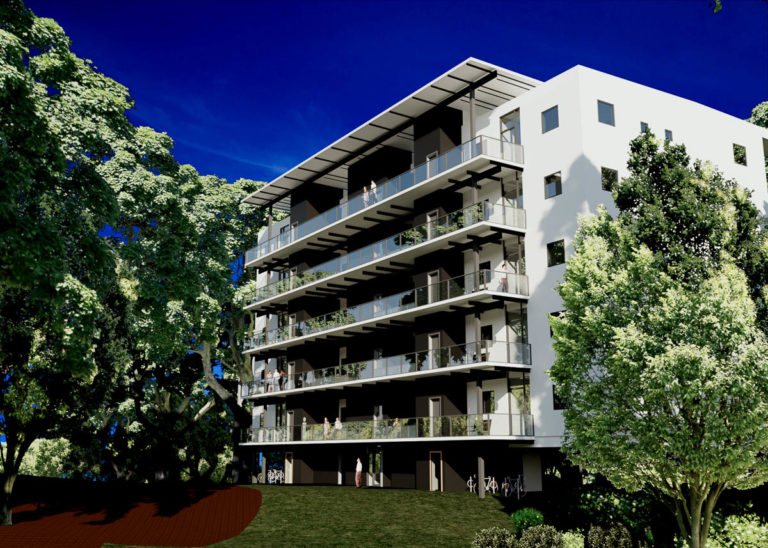 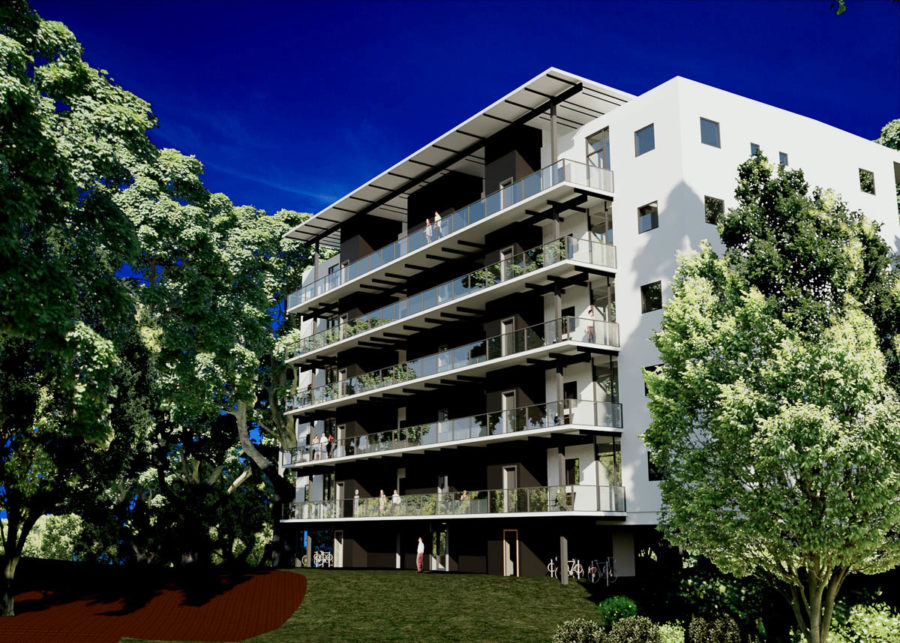 Machinations, the team who brought The Overlook to downtown, is set to begin construction at the beginning of the year on their latest project, Honeysuckle, located on a hill just off the James White Parkway in south Knoxville. The location allows for easy access to downtown, the Interstate, and the Urban Wilderness, and Ijams, all located within a short walk, bike ride or drive.

Josh and Jessica Wright, owners of Machinations, have focused their company on the use of high quality materials to produce what they call “vertical neighborhoods.” They utilize the public space and movement of people through their buildings to promote connections. After developing the ten units in the Overlook, the company company has begun work on phase one of Acorn in Oak Ridge. That phase will include ten units.

Their latest vision is for their largest project to date. Honeysuckle will be comprised of two six story housing units, each including twenty total homes on the top five stories and ground-level parking and a lobby occupying the first floor. The parking will include a dedicated space for each unit with a personal electric-car charging station tied into the utilities for the dedicated home. Additional parking will be included outside the units.

Josh said the company has been looking for property to develop and would have liked to do so downtown, but the Opportunity Zone designation, which he thinks makes that more difficult for smaller developers. It’s caused them to look into downtown-adjacent properties, while being cautious due to the various forces that made development and construction less predictable.

About six months ago they found the property on which they will develop Honeysuckle, with the purchase closing two weeks ago. They are currently taking pre-construction reservations. He’s sent word of the reservation sales to a small group of people and has had a good response. He’s pleased that three people who currently live in The Overlook and obviously know him and his work have chosen to put in a reservation on the new homes.

Just under six acres are included in the donut-shaped property, “but it’s almost all extreme topography,” meaning it is a steep hillside. That limits the area that can be developed, but gives the property views of downtown, the Tennessee River, south Knoxville, and the mountains, depending on the height of the pending unit and its orientation on the site. 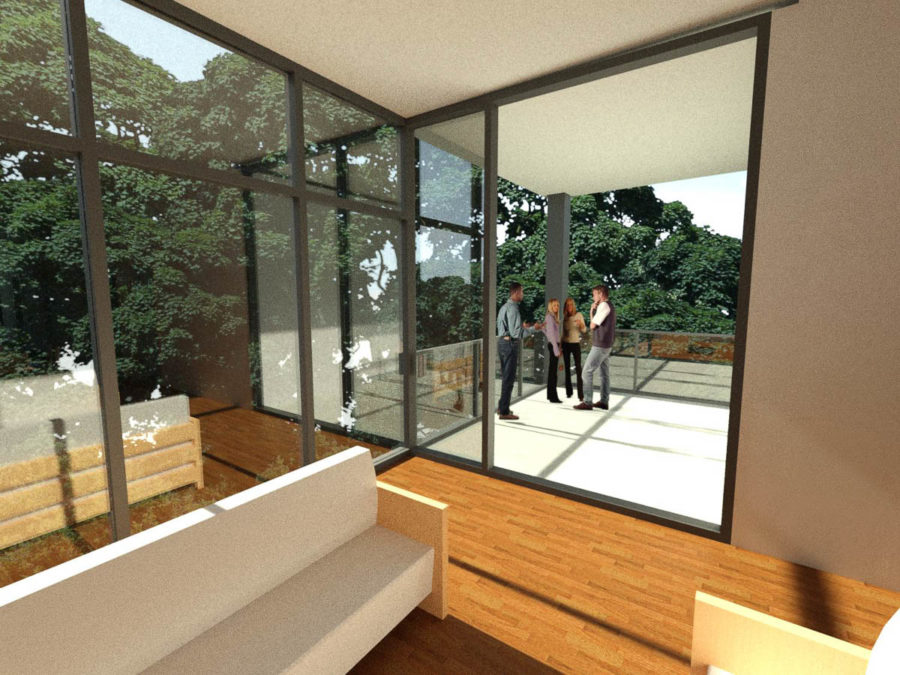 The two buildings will be built facing slightly toward each other. Current plans call for phasing the two buildings. When enough sales are committed to the first, construction will begin on the second building. The placement of the buildings, among other things, was dictated by the surrounding trees. The plan is to keep as many of the mature trees on the site as possible, while clearing underbrush, preserving the natural feel of the hilltop.

Interestingly, the sliver of land they do not own on the hillside is a cemetery that Josh describes as “one of the oldest cemeteries in the county. There are people from the Revolutionary War era buried there.” They hope to clear and help preserve the abandoned and overgrown graveyard. They also have plans to build a trail from the homes to the other side of the property in order to construct a firepit with a sitting area as an amenity on the side the hill at a spot with great views.

The hallways connecting the unit is a shared balcony with small spaces dedicated to each unit. The front and back can be opened to allow fresh air to flow through. The primary entrance to each unit will be from the balcony, leading into the living space. He said they wanted it to be more like a traditional home where the doorway enters into the shared space rather than into a hallway leading past bedrooms as is the case with many downtown condos.

The reservation fee for the units is $3,700, which is refundable. It gives each potential owner the right to select a unit and make a pre-purchase once the details are finalized. Josh expects that to be around the same time construction begins in the very early part of 2023, with an anticipated completion date for phase one about a year later, in the winter-to-spring of 2024.

You can learn more about the project here and begin the reservation process here.