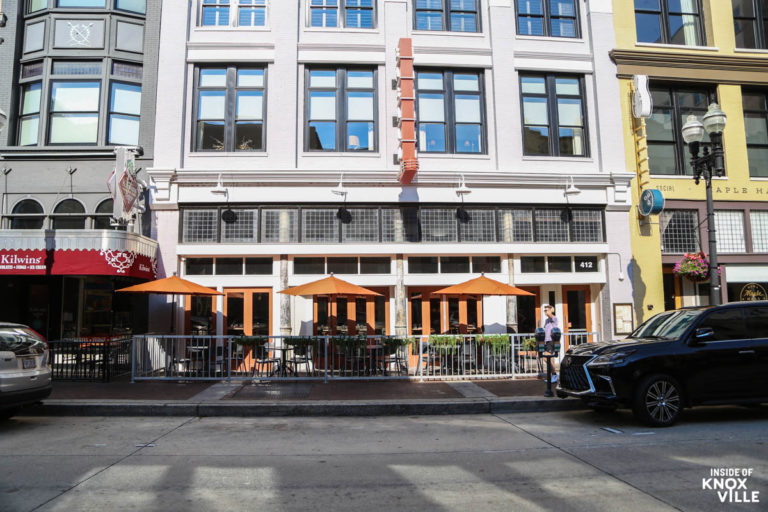 Ever larger dollar amounts continue to flow into downtown. Amounts that would have been unthinkable just a few short years ago are increasingly common. While some of the investors are from out of our area, a number are younger investors who have made money outside of downtown and are now turning to downtown with their money.

In what may be the largest price paid for a piece of land (excluding a building) in Knox County history, Core Spaces, LLC purchased the (approximately) half acre of land at 2001 Cumberland Avenue which currently includes the Shell Station, for $10.5 million. Plans call for removal of the station and construction of a multi-story building for student housing, with retail on the first floor.

Core Spaces, LLC Plans for Cumberland AvenueAs first reported by Compass, the group has plans to build four mixed-use buildings along that stretch, including 800 housing units. The sale price for this parcel, which translates into $21 million per acre, is similar to Nashville prices according to Will Sims (of Oliver Smith Realty) who brokered the deal.

The property was owned by Boghani Properties, LLC, which then purchased two prominent downtown properties in transactions also brokered by Sims. The first, 9 Market Square, which includes tenants Soccer Taco, BS+Co, and DZ Law was purchased for $3.9 million. The second, a series of buildings at 408 – 414 South Gay Street, which includes tenants Kilwins, Maple Hall, and Babalu, was purchased from Hatcher-Hill Properties, LLC for $6.3 million. The purchase in this case only includes the retail space, not the residential space above it. All tenants have leases and will continue to operate from the addresses.

I spoke to Tim Hill of Hatcher-Hill LLC who said he is “encouraged that the downtown market continues growing and is stronger than ever.” He said he’s excited about the young developers and sees it as a testament to what has been done to this point. He said that, for his part, the combined sales for ten million dollars allow him to turn around and invest the $26 million needed for the 200 block development.

He said he thinks about the “original explorer” as Kristopher Kendrick who put downtown buildings as best he could, saved buildings, and began to make downtown properties appealing. He talked about the pioneers of downtown development, such has Dewhirst, Heinz, Goss, Burch and others. He feels he came in during the “settlement” period and helped bring downtown up to market rates. He said the new developers have downtown on an accelerated path that will replicate development seen in the last 20 years in a much shorter time.

All the businesses included in the buildings which sold have leases and will continue to contribute to the downtown we love.