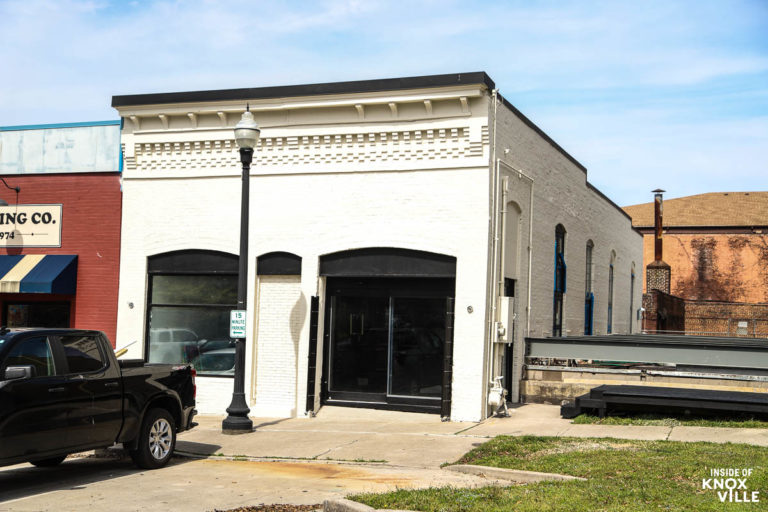 It was just over three months ago that I wrote about the general plans for Emory Place and the properties purchased by Break Emory, LLC. One gallery was planned and options were available for related businesses in an effort to launch an arts destination. In January another piece fell into place with the announcement of Pivot Point Gallery coming to 15 Emory Place.

The developments continue. Lilienthal Gallery at 23 Emory Place, which will be operated and curated by Iliana Brodt (Lilienthal) is set to open very soon. Paintings are being hung and other works are being added. The basement studios (which have natural light from the rear of the building) are under construction. The focus will be on national and international artists and Iliana’s own art. While looking through, she showed me works from Spanish, Israeli, and Hungarian artists.

Between that and 17 Emory Place is a gap over a basement portion of the building. Structural beams have been added to cover the roof of the basement below. Plans are still in development, but the beams could be used to support another business or a sculpture garden between the two galleries. It also could be enclosed in glass to make a visual statement.

Pivot Point Gallery, at 15 Emory Place is even closer to opening, with a Grand Opening celebration set for April 1. I’ll have a more detailed look next week, but the space is beautiful. A large contingent of local artists are represented, as well as some farther afield. The gallery will feature multiple mediums and has been expanded to include the second floor of the building.

13 Emory Place is now under contract with a complementary concept that includes design, wine, and more. The space between 13 and 15 will also be developed into an outdoor seating area for the new business. 11 Emory Place is under contract will have a combination of art supplies, vintage cameras, and a photography studio. A vintage clothing store has signed a contract to take 9 Emory Place.

Apartments are still planned for the second floor of the buildings and for the massive basement space they are targeting a music club of some sort. She said that Dogwood Arts has committed to bringing sculptures to the square to bring the theme together. I hope to soon have more information regarding details of what is coming.

Exterior work is underway to give the facades a more consistent look. Iliana plans to to host events in the street as the businesses get settled in. Long table dinners, fashion shows in the street and more are possibilities. She’d like to see major events held there each quarter. She said the new business owners are forming a bond and plan to work as a team to make the spot become a destination.

“We’ve created a little community working together. I’m not the new girl on the block thinking I know better. This is a wonderful city. I want to add another level of elegance. I take personally what I do. It’s not just real estate.”