Looking For Inspiration in Another City 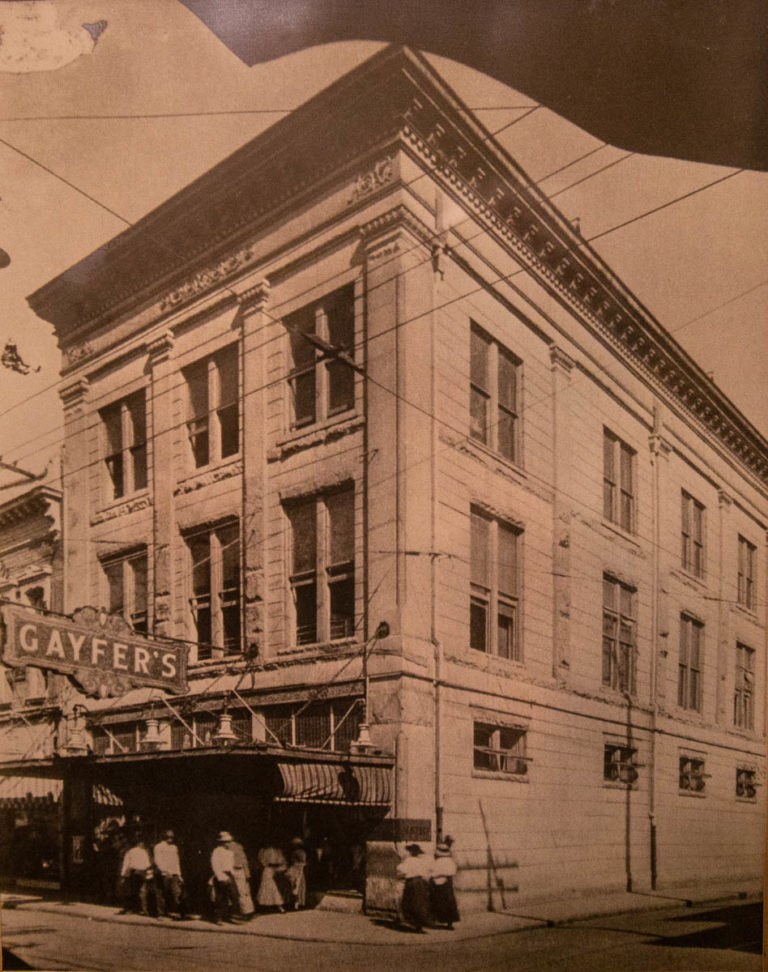 A couple of recent articles have caught my attention from my hometown, Mobile, Alabama. It’s where I spent my first twenty-one years on planet earth, so a piece of my heart is there. I first named this blog “Stuck Inside of Knoxville w/ the Urban Blues Ag’n,” after the Bob Dylan Song “Stuck Inside of Mobile with the Memphis Blues Again,” both as a tip of the hat to Bob and to my first city. I’ve traveled back to the city many times and I’ve written about Mardi Gras trips (here and here) and the beautiful ornamental iron work in the city.

The last trip I made before the pandemic was to the city, where Urban Woman, Urban Girl, and I had a blast enjoying the oldest Mardi Gras on the continent. Founded in 1702, the city had its first Mardi Gras in 1703, when it was recognized as the first capital of Louisiana. New Orleans would not be founded for another fifteen years.

There are other connections between Knoxville and Mobile. Admiral Farragut, born in west Knox County, is best known for uttering the now iconic words (or something close to them), “Damn the torpedos, full speed ahead!” Those words were allegedly uttered in the battle of Mobile Bay. Whatever he said precisely, it must have been inspirational, as the last southern port held by the CSA fell that day.

Kim Trent is also from Mobile. Kim was the first director for Knox Heritage and told me once that when she was hired, she was also courted by Mobile to return home and do the same preservation work for them. She was the director of Knox Heritage for fifteen years, after serving eight years on its board. Consider the state of downtown Knoxville in 2003 when she began her tenure. Due to her and other’s efforts, we preserved much of our history over those fifteen years. What if she had taken her drive and talents to Mobile, Alabama?

The two cities are quite different in some respects. Mobile is a port city and has major heavy industry in the area. Demographically, Knoxville is 69.6% white, 16% black, and 7.9% Hispanic. Mobile is 40.8% white, 51.3% black and 3.2% Hispanic. Mobile’s downtown is more sprawling than Knoxville’s more compact center city.

But there are similarities and close parallels. Both cities have followed national trends, with a downtown that took a dramatic downturn in the 1960s and is experiencing a resurgence this century. Mobile County has a population of roughly 415,000 on the latest census, while Knox County includes about 479,000. Mobile’s city population is about 187,000, while Knoxville’s is about 191,000. Though roughly the same in size, Mobile’s population shrank by about 4.1% since the last census, while Knoxville surpassed it in population by growing 6.6%.

In addition to visiting Mobile’s downtown in recent years, I’ve paid attention to development news coming out of the city. My impression of the  two is that Mobile has a much larger downtown with a much larger historic building stock, giving it a significant upside. Knoxville’s compact downtown has served it well, as a focal point for development, while Mobile continues to struggle to connect developed portions of the city.

My perception is that while both cities seem on a similar trajectory, Knoxville has been a decade or more ahead in its redevelopment schedule. While Mobile has begun the process of changing old buildings into new homes, the effort has been slow. New businesses have opened in the center city and events have become more common, but fewer residents have made the move. In fact, the primary downtown tract lost 12% of its population over the last decade, to land at 1,247 residents. Most nearby tracts also lost population, though to be fair, there is some trading of population and some major residential projects underway.

All of the above led me to notice two recent Mobile stories that made me think about Knoxville and how the two might connect.

The first involved the C.J. Gayfer’s building. An immigrant from England, Mr. Gayfer founded the department store in Mobile in 1879, first occupying the building at 181 Dauphin Street (it originally faced Conti) in 1905. The chain expanded through the decades to become one of the south’s largest department store chains before being purchased by Dillard’s in 1998. The downtown store closed in 1985. My grandmother and her sister worked in that building from around 1915 to 1930. More of us worked at the new mall store and I worked in the warehouse around 1980. The historic photo you see in this article hangs in my home.

The building, at 56,000 square feet, is the perfect opportunity for development, yet ideas have popped up and died over the years. The news broke last month that the City of Mobile would invest $8,000,000 directly into the building’s redevelopment. It caught my attention because that is unusual. The deal most resembling the approach locally may have been the Regal Entertainment Headquarters which involved direct city investment.

Apparently, Mobile’s Mayor Stimpson felt the project was important enough to add city funds directly in the form of dollars from the city’s $58,000,000 share of money from the American Rescue Plan Act. The money would be combined with funding from “seven to eight” funding sources including historic tax credits. The building is currently owned by the non-profit Gulf Coast Housing Project which paid $1.4 million for the building in 2015.

In exchange for the investment, the building would have retail on the street and would include homes for people with low-to-mid incomes and would be rent capped. 94 loft-style units would be constructed. Alas, it was not to be. The mayor dropped the project from the latest proposal for use of the money.

But it raises a question. Would you support direct city investment — not just tax credits or a PILOT — if it meant the development of a building not likely to be otherwise developed? Pryor Brown Garage comes to mind, but there are probably others. What if it included, as this project was intended, the work-force or mid-income housing that so many say we need downtown?

The second story really surprised me: Downtown Mobile which, as I detailed above, is not nearly as populated or developed as downtown Knoxville, has a great new grocery store. Greer’s Grocery was founded in downtown Mobile in 1916. The fifth generation of the Greer family continues to own the chain, which now includes 28 grocery stores in three states. The new downtown grocery store will be located about six blocks from the original store which disappeared decades ago.

Downtown grocery stores are, similar to other businesses, a chicken/egg sort of question: Do you wait for the residents and then build a grocery store for them, or do you build a walkable downtown grocery that will attract new residents? Knoxville is a study in the former approach, while Mobile is an example of the latter.

The new store sounds and looks like the approximate perfect urban grocery, with a full selection of grocery items, a large deli, ready-to-eat foods, a dining space, a large wine selection and a rooftop space. It somewhat resembles a Mobile version of a Three Rivers Market combined with Fresh Market. Further, development at the intersection St. Louis and St. Jackson Streets includes plans for a hardware store, a liquor store and new construction to provide more retail space and apartments.

A downtown grocery store for Knoxville has been discussed at least for the dozen years I’ve lived in the center city. Arguably, we have plenty of grocery options, with three Kroger stores, Fresh Market, Three Rivers Market, Publix, and a Food City all within about 12 driving minutes of downtown. And then there is The Market at Union and Gay which carries a number of grocery items.

Still, a full-service grocery store within the walkable downtown footprint is what most people mean when they have the conversation. The fact that Mobile now has one makes me hopeful we might see the same here. There have been recent mentions of the possibility in the development on the 300 block of Magnolia and in the development that will surround the proposed baseball stadium.

Will it finally happen? Will a local grocer fill the gap, like a Three Rivers Market or a Butler and Bailey? Or perhaps a chain like a Trader Joe’s? On the other hand, with a plethora of grocery stores nearby and grocery delivery stronger than ever, is it simply not a need. I’m not necessarily arguing either way, but I’ll admit I was a bit jealous of my old hometown when I saw the news.