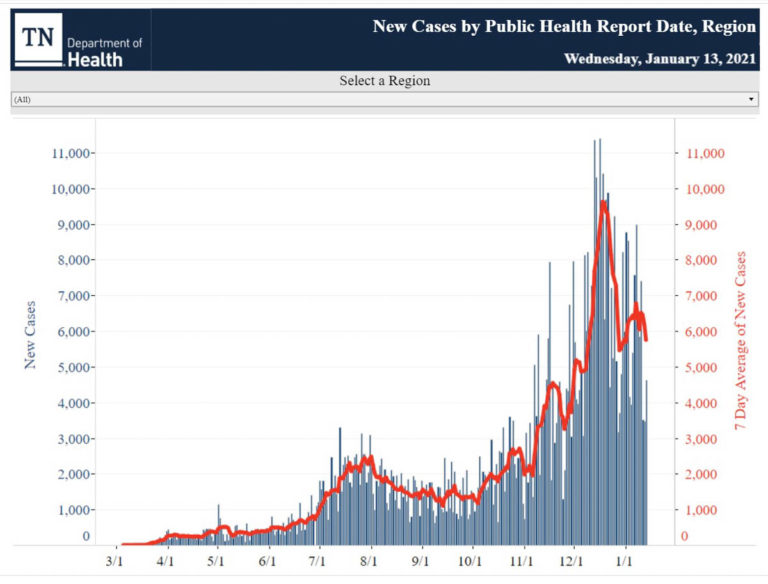 The fog has been beautiful the last two mornings if you did not have to get out in a car. I have gotten used to the delightful privilege of not having to do so the last several years as my job shifted from my other career to full-time writing. My commutes are usually to walk a few blocks for an interview. I am lucky in that regard.

In recent months, many people have been forced to discover the joy of not being forced to commute on bad weather mornings. I expect some of them will not wish to resume when the pandemic ends. Hopefully, this leads to a reexamination of how much of our time we spend on the road, how much of it is essential and what me might accomplish if some of those resources and time were directed elsewhere.

As the state continues to report modest test numbers, case numbers also remain lower than those prior to the holidays. The state reported 4,625 new cases of COVID-19 yesterday. It brings the state totals to 572,619 confirmed cases and 92,880 probable cases. Of these, 588,974 are inactive, while 68,377 Tennesseans currently have an active case of COVID-19. The state is averaging 5,752 cases reported each day.

Hospitals across the state admitted an additional 145 COVID-positive Tennesseans yesterday, bringing the pandemic total hospitalized to 15,655. Current hospitalizations continue a slight decline, while ICU and ventilator usage continue to rise. There are currently 3,032 COVID-positive Tennesseans in the hospital, with 775 of those in ICUs across the state and 441 on ventilators. While about 300 fewer are in the hospitals than just over a week ago, ICU and ventilator numbers have increased each of the last two days.

The state reported the additional deaths of 137 Tennesseans due to COVID-19, bringing the total dead from the pandemic to 8,148. The last two days have been the second deadliest back-to-back days the state has reported since the beginning of the pandemic. The state is now averaging 109 deaths per day, also a pandemic high.

The state reported on just over 20,000 tests yesterday, bringing the pandemic totals to over 5.9 million tests administered. As a frame of reference, the state was often reporting 50,000 to 60,000 tests per day prior to the holidays. With the tests yesterday, the state reported a positive test rate of 10.59%. Johns Hopkins University reports a seven-day-average 19.3% positive test rate.

The state has not updated its vaccination site since 1/11. The latest projection remains for the entire state population to have their first vaccination 593 days from today, or by August 31,2022.

There are portions of these numbers I understand, such as currently high death rates are a result of the high case numbers we saw in December. It is also easy to demonstrate that testing has dropped. There are other things I suspect, such as that current case numbers are lower, at least in part, because we are testing less.

There are other things I do not understand, like how total hospitalizations are declining when we haven’t seen a change in policy or behavior and there is little-to-no impact at this time from vaccinations. I’m also puzzled by the reduction in positive test rates, given the drop in total testing, which should produce the opposite. The next few weeks should show if this is the beginning of a more general decline or if these numbers were transient and deceptive. Here’s hoping its the former.

The Knox County Health Department reported an additional 281 confirmed cases and 73 probable cases, bringing those totals to 34,420 confirmed and 4,636 probable cases. Of these, 33,916 are considered inactive, while 4,754 Knox County residents have active cases of COVID-19.

The state reports that Knox County has averaged 21.5% positive test rate over the last seven days.

This morning the Knox County Health Department activated and announced their new appointment site. They also announced that 975 vaccinations would be available (with signups through the site) on January 22 at the Expo Center. The announcement was made via email to the press at 9:25 am this morning. A follow-up email at 10:14 am reported that all 975 slots were filled.

Dr. Buchanan began by thanking the vaccination team and the IT department for launching the registration site so quickly. She said the Health department just received 5200 additional doses. 975 are the ones to be given later this week. The remainder are for those who have gotten the first vaccination and are awaiting the second. 4,000 have been vaccinated by the health department so far and this week the focus was on high-risk developmentally challenged members of the population.

She confirmed the above numbers. She reviewed the benchmarks, which were reported here yesterday. She acknowledged the recent trend downward in cases, but said it is too soon to read much into the drop.

Benchmarks remain the same as previously reported, with all being green with the exceptions of custodial support at yellow and substitute availability at red. The same schools remain on virtual-only instruction: