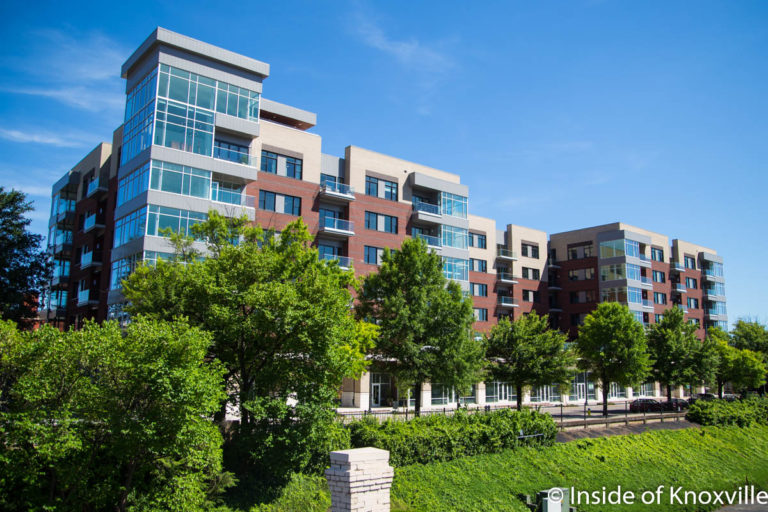 Over two-hundred-eighty articles since last New Year and about a million views later, here are the articles that were the most read articles of the year for 2019. That usually means they made a buzz on social media and got shared around (thank you for every time you share an article). The top stories were dominated by business and development news, but a local controversy slipped into the list and that controversy fueled another. Let’s take a look.

The maker’s movement continues to grow and evolve in Knoxville. This year, it could be argued, it took a step toward becoming more mainstream in downtown Knoxville with the opening of Jacks. While there are a number of spots to find locally made products, this one, planted on Gay Street by downtown residents Katherine and Logan Higgins, is maker owned and completely stocked with local and regional maker goods. I hope you’ll support them. We picked up some great organic elderflower-foraged syrup by Flora Wellness for one of our stockings this Christmas.

The 101 homes offered in the newly constructed Regas Square Condominiums represent one of the largest influxes of owner-occupied housing in downtown’s resurgence. More owners living downtown represents more personal investment and is a necessary component for downtown’s continued good health. While there was some quibbling among readers, most agreed this is an attractive building that improves the impression of the city from I-40. There is also a long row of retail that should get some attention in 2020 and will, if filled, create a new retail district in downtown.

Urban Woman and I had a spectacular meal here at the opening, and I wrote about the restaurant. The food and the atmosphere were both amazing, and for us it was a welcome moment of respite from the sadness in our life at the time. Many of you were excited and happy to see the return of Matt’s original restaurant. The comments veered into a back-and-forth about the number of vegetarian options, which is very important to some people. What I hope to help us do in 2020 is be able to make statements about food without attacking each other or the chef. We can disagree without being disagreeable and we don’t need to call names and assume motivations in others. And I plan to go back to Knox Mason ASAP.

A controversy erupted between the Dogwood Arts Festival and Attack Monkey Productions involving contracts for past festivals and future control of booking and production. It’s unfortunate for many of us who have enjoyed so much great music at the festival in recent years. I know I’ve found a lot of new favorite artists there and I suspect some of you have as well. As events unfolded in the weeks after this article, it became clear that the festival would not happen this year, and the official announcement was eventually made by Dogwood Arts.

Tim Hill took me on a tour of the old buildings and laid out his hopes for the spot. From my perspective, even at its peak, the spot has had more potential than it has realized. It was almost a beautiful spot and now, as plans come to fruition, it should achieve that potential as the great courtyard space gets the treatment it deserves. Expect more news from this spot as the development proceeds.

When word got out that David Rule from Maryville’s widely respected Walnut Kitchen was bringing a concept into downtown Knoxville, excitement was immediate. The restaurant was made possible by, among other variables, Century Bank occupying the building but not occupying the former large and grand bank lobby. Construction is steadily proceeding, and we can hope to have another fabulous downtown dining option sometime this year.

Rosie’s restaurant opened and was immediately overwhelmed by lines out the door and down the block. The craziness subsided, and we were left with great food with vegetarian and vegan options, great pho, and still the best egg rolls I’ve ever had. It expanded downtown culinary options in a very good way, and I love stopping in for lunch. Where it might have been argued before last year that we were a bit short on Asian-inspired or Asian options, we seem to have that base covered now, thanks to Rosie and others.

This one caught a number of us by surprise. Spacehead had opened only two months earlier. The opening in July came with great response (#12 Story of the Year), and with ownership the same as Tomato Head, expectations were high. This article also has the distinction of appearing on the top commented list (#5) as speculation and opinions about the demise of the restaurant abounded. It also reflects a mini-trend, as several Market Square businesses closed last year.

2. A Business Closes, Another Expands, A Third Will Re-Open (November/8,695 views)

A local business expands and opens a second location! Babalu will re-open; no worries about that blip with the company earlier in the year! Those stories must have really excited readers, right? Not so much. I’m not sure those stories were even noticed because of the two paragraphs about the closure of GEO Hair Lab. Comment wars erupted and a number of things were said, which I probably would have been more in front of had my brother not entered ICU for the final time that day. I eventually deleted a half-dozen of the worst and I will be more aggressive in keeping them on track next year, whether your comments disagree with mine or with others’.

Disagreement is welcome, but say only what you know to be true and say it nicely. “I feel you missed the point and should have covered this variable more in this story,” is perfectly fine. “You did a terrible job on this article,” is an opinion, less specific and not as good, but probably ok. “You wrote this in a misleading fashion intentionally (you don’t know my intentions) and I’m going to throat-punch you on Gay Street (threat), you jerk (name-calling),” is not ok. Let’s watch those things.

Talk about running away with the championship! This one caught fire and just didn’t stop. B.G. DeHart, who first appeared on this blog in 2013 as a co-owner of the newly opened Stock and Barrel, created a huge buzz with the opening of his newest restaurant in the newly-opened Crozier Building in the Old City. Early reviews are great, but I haven’t had a chance to enjoy the restaurant. It’s another dining experience I look forward to in the very near future.

I hope you enjoyed the articles I presented this year. It was another good year for downtown Knoxville. I look forward to bringing you much, much more in the coming year. I hope your 2020 is a great one. I’ll check back in with you after the New Year. Be safe while you celebrate.