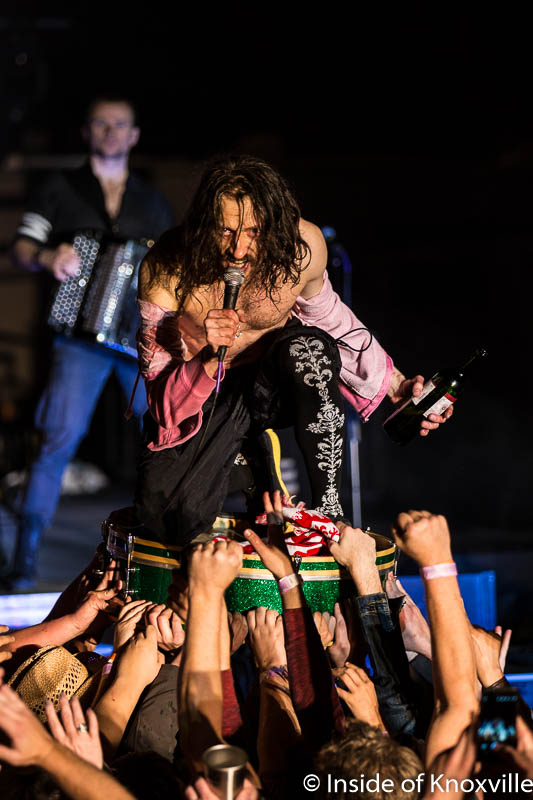 *The following is based on a public document obtained directly for me by request from the Knox County Chancery Court. The interpretation of that document is mine alone. I have interpreted it to the best of my understanding and as accurately as I am able. It is, however, a legal document and I am not an attorney. As noted in the article, I have not had direct or indirect contact with any party involved.

For ten consecutive years, Rhythm N’ Blooms has delivered a great combination of accessible, entertaining Americana and other musical genres. Starting off in small spaces scattered around downtown, it has grown each year and most recently inhabited a large section of the Old City for its three-day run. This past spring saw the date shifted to a later weekend and the weather was much better. It also marked the first time the festival has sold out.

In recent years, I’ve enjoyed the back-to-back contrast of Big Ears, which pushes and stretches my understanding of music, with the more accessible sounds of Rhythm N Blooms. After the joyous challenge of Big Ears, the simple pleasure of music I love is a perfect complement. I have discovered new music that I love at both.

The enormity of the undertaking requires coordination between a number of entities, including sponsors, presenting organizations, promoters, marketers, artists, volunteers and more. The two primary organizations involved through the years have been Dogwood Arts Festival, Inc,/DBA Dogwood Arts, in conjunction with Chyna Brackeen and her company, Attack Monkey Productions. The two have apparently reached a point of impasse on their agreement to continue their relationship.

Last week, the Dogwood Arts Festival, Inc filed a complaint with the Knox County Chancery Court against Chyna Brackeen and Attack Monkey Productions. They are seeking “declaratory judgement and injunctive relief.” Essentially, they have requested the court to invalidate the contract under which the two operated in 2019.

According to the documents, the two have had a contractual agreement for Rhythm N’ Blooms since 2012 under which Attack Monkey’s responsibilities included “talent buying, artist relations and social media promotions related to artist(s) booked for the event. Dogwood Arts dictated the budget and paid the artists. Attack Monkey was paid a contract fee and a portion of the net profits.

The document states that the “relationship between the parties has been contentious for several years due to contract negotiations.” With the 2019 contract, the disagreements have expanded. The contract provided a share of “gross” revenues and first right of refusal for future Rhythm N Blooms festivals. Dogwood Arts alleges in the document that both parties knew the intention was “net” revenues, not gross.

In a more interesting twist, Dogwood Arts alleges that the entire contract should be void, along with any future contracts because it violates their own charter as a non-profit. The document states, “By entering into a contract with an individual where they receive a portion of profits due the non-profit, and not merely receiving payment for services rendered, the contract violates U.S.C. 501(c)3.”

The stance here seems to be that Dogwood Arts entered agreements that violated their own charter. It is unclear why Dogwood Arts would have knowingly entered a contractual agreement that violated its charter under state law. Given that, however, they are requesting that the current contract be declared null and void, including the requirement to give first right of refusal to future festivals to Attack Monkey.

I reached out to Sherry Jenkins, Executive Director of Dogwood Arts for comment and she responded:

Dogwood Arts, a non-profit organization, is proud to have established Rhythm N’ Blooms Music Festival in 2009 for the benefit of the Knoxville community and to have presented it for the past 10 years. We appreciate the support of all the ticket buyers, volunteers, sponsors, and musical artists who have made this event a popular part of the annual Dogwood Arts celebration. We plan to continue the festival for years to come. Because a legal matter involving one of our vendors is in court, we cannot comment on the litigation upon the advice of our attorneys.

I also reached out to Chyna Brackeen who was out of state and, as a result, had not had an opportunity to read the complaint. She declined to comment until she had further opportunity to digest the information.