A Business Closes, Another Expands, A Third Will Reopen 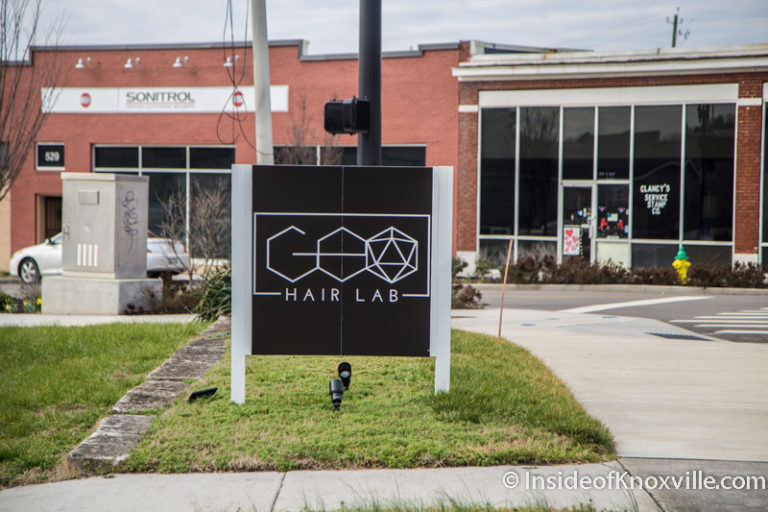 We’ve seen a lot of movement recently on the downtown business front, and it doesn’t seem to be slowing down. I’ve still got more openings to write about in the coming days, but in the meantime, here are three updates on businesses you know. Each one of these surprised me in one way or another, and one of them changed mid-story.

I’m sad to say that after four years, my friend Jeremy Wann feels he must close GEO Hair Lab. While the studio had a successful and steadily improving run, like most businesses it remained vulnerable to even apparently minor setbacks. A seemingly simple change in scheduling software led to a significant decline in scheduled appointments, which persisted long enough to put the business in jeopardy.

Realizing the situation could not be reversed in time, Jeremy reluctantly announced the closure. The salon claimed several thousand clients, and Jeremy wants them to know he values them and regrets the closure. For those who recently purchased gift cards, he plans to be in contact with them and do everything in his power to make things right.

(Ed. Note: According to a FB post, this is specifically where you will find your sytlists: Keela B Leve, Colton Loveday, Emily Skelton, Taylor Renee Carr, Chynna Longo as well as Nola Chambliss and Autumn Carroll are now at Rock Paper in Market Square. Niki Myers,Kimi Strain, Alyssa Cook Carolanne Millett, Kaylee Marie Dyer, and Aaron White are now at Lox Salon.)

Another business initially announced a move out of downtown but was then impacted by the closure of GEO Hair Lab and reversed course. Rock Paper Hair Studio owners Jared Hollyfield and Dustin Stewart initially announced they were moving the business from 11 Market Square to 5514 Middlebrook Pike. This move surprised me because the Market Square location was where Jared and Dustin met and were so happy to get back to when they moved their business there.

Dustin said they were considering downsizing and found an opportunity to purchase a building on Middlebrook Pike for a reasonable price. Owning the building was attractive, and it came with a parking lot, which would simplify matters for their customers. Then they began conversations with stylists from GEO Hair Lab and, with them, concluded they would keep the downtown location in addition to the new west location.

In the end, they went from simplifying to owning a small chain. Jared says they haven’t worked schedules out completely, but that he and Dustin and a number of the stylists may rotate between locations. So, if your stylist was at GEO, you may want to see if they landed at Rock Paper. And now you have a choice of location!

Finally, when Babalu Tacos & Tapas posted signs they were temporarily closed, I and others wondered if it might be more than temporary, given the reported problems with other locations from earlier this year. They were also recently purchased by the Spell Restaurant Group of Memphis. I contacted Stacey McMinn, Marketing Director for Babalu who said the restaurant will definitely re-open with (as of our exchange) a target date of November 30.

She said the reason for the closure was a water leak in the kitchen that necessitated replacement of the flooring. That required all the kitchen equipment to be moved out, dictating the temporary closure. Several layers of flooring have to be removed and repaired for a total investment of about $100,000. Citing the amount of expense as evidence of the company’s commitment to the restaurant, she also said employees are being compensated during the interruption.