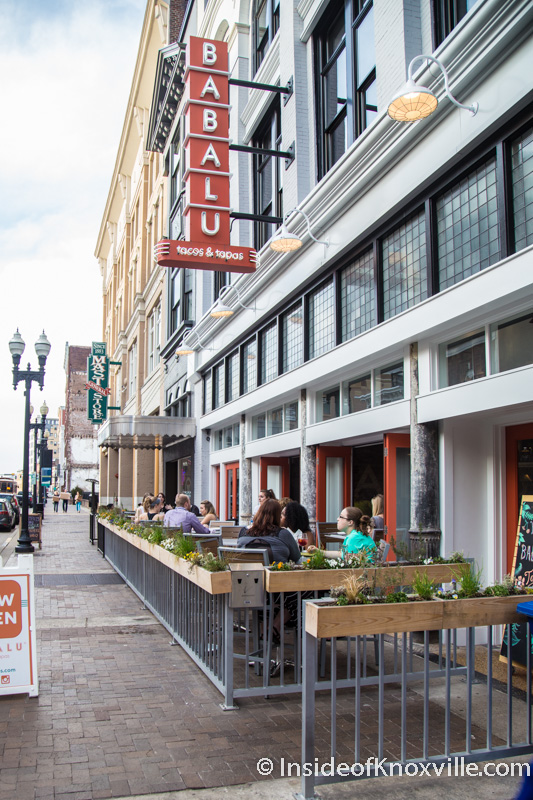 I noticed reports about three weeks ago that Babalu in Lexington, Kentucky closed. Upon reading the article, I noted that it was the second restaurant in that development to close and, absent any other information, I assumed the development must have problems and didn’t think much more about our own restaurant on Gay Street.

Yesterday, I heard rumors of concern about the future of Babalu on Gay Street and the speculation that it would soon close. A visit to the restaurant was met with a cordial response and contact information for the marketing arm of Eat Here Now, LLC, the parent company for Babalu, but little further information about the potential story beyond the statement that the Gay Street restaurant will not close.

I contacted Stacey McMinn, Marketing Director for Eat Here Now, LLC. Two stores have recently closed, one in Lexington and another in Chapel Hill. These closures followed another in Charlotte in 2018. Ms. McMinn said that plans to open another location in North Carolina have also been canceled.

According to bankruptcy documents filed on Tuesday, the rapid expansion of the chain in recent years put a strain on hiring, retention, quality control and expense. Once restaurants were closed, leases continued while revenue ceased. The increasing financial pressure led to Tuesday’s filling for Chapter 11, which allows businesses to stay open while working out their debt.

Bankruptcy, by definition, means a company is currently unable to pay their debts, but Ms. McMinn made the point that employees have continued to receive pay and that is not in jeopardy. The company has also relocated managers and others from the closed restaurants. The six remaining locations are in Knoxville, Memphis (2), Atlanta, Birmingham and the original location in Jackson, Mississippi.