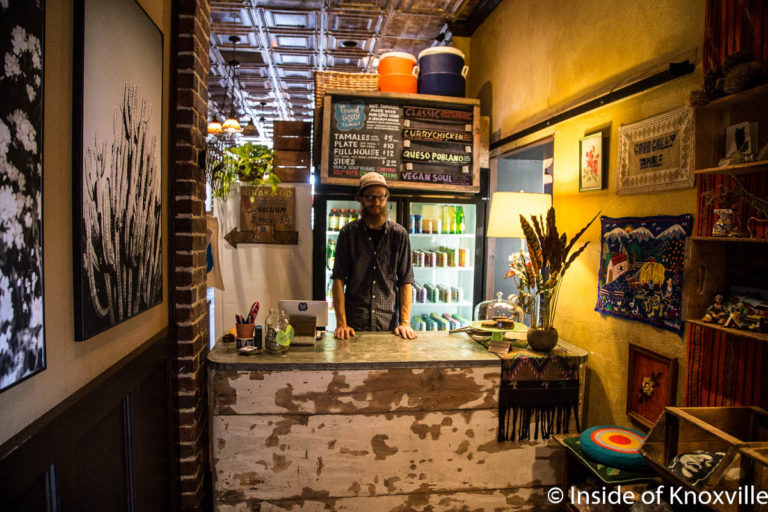 There is a lot of movement among downtown businesses this spring. You’ll need to watch carefully to keep up. And these four changes are just a few of what projects to be a stream of more business news over the next few months. So stay tuned! Here’s a bit of what’s happening, now:

Theatre Knoxville Downtown held their ribbon cutting on their new home last Friday and began their first production there that night. “One Slight Hitch” will run through the 21st. It’s a good opportunity to begin an acquaintance with this great group if you don’t already know them, or to enjoy their new space if you attended shows at the old location. Tickets are available here.

For full details about the move, you can check here and here. Suffice, for now, to say that the new theatre home has about twice the capacity of the old one, with official seating for 99. Amenities were also greatly improved with proper dressing rooms for actors, restrooms accessible during the production for cast and audience members.

I guess that one was sort of a move and a re-opening rolled into one. The next is a a pure re-opening. Closed for the winter, the Hyatt Place Rooftop Bar has reopened and has already started drawing crowds. The rooftop features a full bar and very good views of the city.

Some of you may recall that lines and long waits were the order of the day last summer when they opened. It seems to have settled a bit. I spoke to someone last Friday who said capacity that night was running about 70%. It’s as pleasant a spot as there is to be found around downtown on a good night.

Good Golly Tamale, an Old City favorite for a delicious lunch, has had to temporarily re-locate. The new location is just across the street and down a bit, taking a portion of the old Crown and Goose. It’s a cool spot, with an entrance through the old courtyard of the Crown and Goose and a loop around back to the new counter – which is actually the old counter moved across the street.

Seating at the new venue is outside, but it’s covered and in a great courtyard off the street. As a bonus, it connects to the courtyard at Pretentious where there is beer. Beer. And tamales. Not all bad. This will be the location for the business through the spring and potentially into the summer, as Thomas Boyd, who now owns the building housing the original location, completes improvements, including better kitchen facilities for Good Golly Tamale owner Matt Miller.

Finally, a new concert series and annex has opened for Sweet P’s Downtown Dive at 410 West Jackson. Their back patio has a grand opening on Tuesday (April 16). Dubbed the Trailer Park Bar and Patio, it features a full bar, barbeque and a new music series, Trailer Park Live, to run through the spring and summer.

The first show will be Tuesday with Walter Salas-Humara of the Silos, who will be performing with an opening set by Tim and Susan Lee. Music runs from 6:00 PM to 8:30 PM. Grand opening is this Tuesday, so don’t miss it. It’s a cool space and any music series curated by the Lees is going to be a good thing and some great artists are lined up for subsequent shows in the monthly series.