The Brewing and Distilling Center: A Piece of the Craft Beer Scene Hidden in Plain Sight 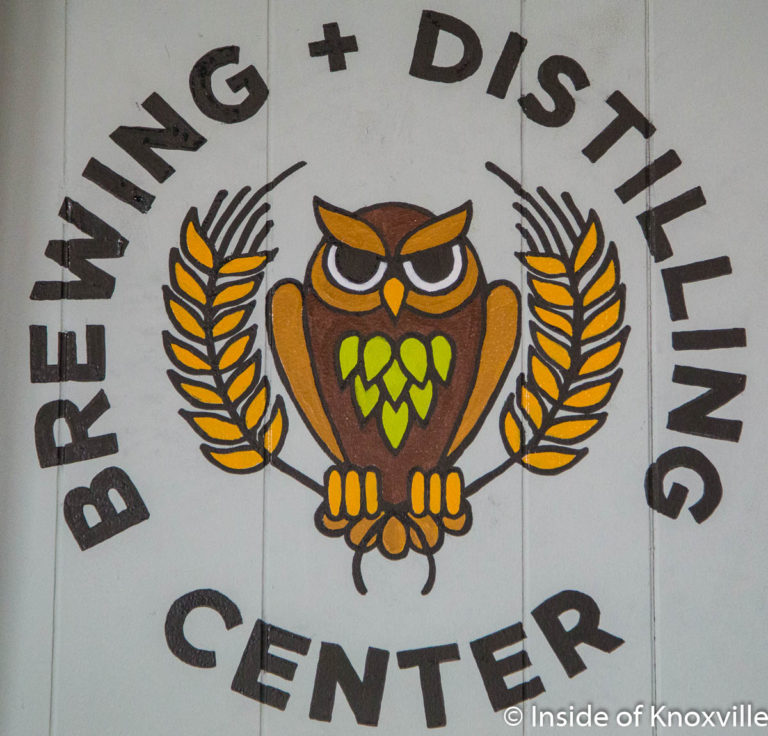 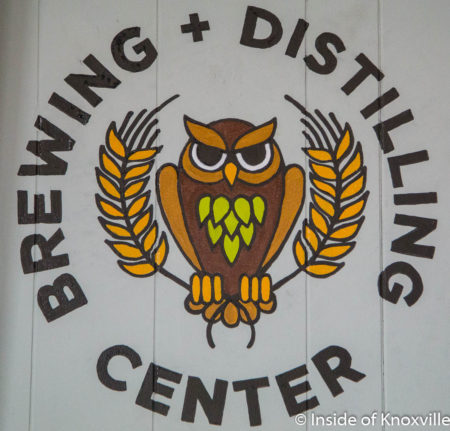 Barely off Broadway and Central at 130 Bearden Place is an important part of our growing and vibrant craft beer movement. I’d overlooked it for over a year, so I reached out to the owner and founder of the Brewing and Distilling Center, Todd White, to find out exactly what the place is about. I was surprised to learn that this is simply the latest way that Todd has impacted the craft beer scene.

Todd is from Maryville, but spent a lot of time in Knoxville growing up because his grandparents lived here. He attended UT and obtained a doctorate in Veterinary Science. He had a small animal veterinary practice in Maryville for twenty years. Of beer, he said, “I learned a lot about drinking in vet school.”

Along the way he added an MS in Architecture and practiced for a time. Saying he had always loved both science and art, he laughed and said, “I’ve got more degrees than a thermometer.” Wanting a new challenge, he closed his practice and began teaching at Pellissippi. He taught biology, microbiology and other sciences and “fell in love with teaching.” He said after his first class he couldn’t believe he would get paid for that.

A thread of beer had run through all these years. In the early years, always searching for a better beer, he would allow himself to “splurge” on New Year’s Eve and purchase a Lowenbrau dark. In the 1990s, he recalls a bit of a burst in craft beer. He remembers when Downtown Grill and Brewery started brewing and says he was there on opening night.

During his time as an architect, he worked in Atlanta for a bit and his employer had a big party once a year and served only his home-brewed beer. Todd helped with the brewing and began to learn more about the topic. When he moved back to east Tennessee in 2003, he started his own annual party.

His idea was to have the party be beer-themed with a spring date as a nod to Iceland’s Beer Day which celebrated the legalization of beer on March 1, 1989 after a 74 year ban. Participants were each required to bring a six pack of “exotic” beers. He had not heard the term “craft beer” at the time.

He held six annual parties and they grew to include about 150 people who would all place their beers in a canoe filled with ice. It was a “boat load of beer,” he pointed out. He included judges for various competitive categories and participants began scouring for more hard-to-find beer for next year’s party as the last one ended. The winner of “most exotic” beer got to wear a thrift-store jacket with the logo of the event for the night, in a take off on the green Master’s jacket in golf.

The parties ended in 2008, but not his involvement in the growing craft beer scene. He opened a beer market called Caio as a part of The Market in Maryville, with the intention of offering the best craft beer available in east Tennessee. He says it was one of the first craft beer stores in east Tennessee and people came out in large numbers.

He soon incorporated beer tastings, which, similar to today’s tap takeovers, was probably another first for east Tennessee. He invited in brewers from the region and began to develop relationships with them. He met and became friends with Marty Velas, the head brewer for Smoky Mountain Brewery. He says, “I loved craft beer people. They were smart passionate, funny and community oriented.”

He began to wonder where they got their brewers. The leap from home-brewing to industrial production is large and he couldn’t believe that was the source. He realized there were very few brewing schools nationally. After some convincing, South College agreed to let him develop and open a brewing program of which he was the head until 2017. He taught some of the science and brought in professional brewers. He said they successfully placed eighty graduates during that time.

By 2017, he was convinced of the need to do something similar, but independent. The cost and admission requirements at South College was a barrier to some potential students and he wanted to give the chance to a wider range of the community. He decided to open his own independent program.

On April 1, 2017 he opened the Brewing and Distilling Center at 130 Bearden in north Knoxville. The first class started in July on the thirteen week, one-hundred-fifty plus hour course. Todd teaches science for about ten of those hours and employs professional brewers to teach the rest. Each of them matriculated through his South College program. Working with him are brewers Chris Meadows and Matt Lillie (Elkmont Exchange), Aaron McLain (Crafty Bastard) and Ron Grasiozo (Post Modern Spirits).

Rick Cox is the lead instructor in charge of the classes. He’s co-owner of Next Level Brewing, along with Nathaniel Sears and Andrew Armstrong. Some instruction currently is held at Geezer’s Brewery where the school’s brewing equipment is stored. Those hours will likely be transferred to Next Level when it opens.

The fifth class of graduates will matriculate next week. There are three classes each year and the classes so far have ranged from six-to-ten per class:

We’ve built our credibility. I already had established a name and track record. I like helping people reach their goals. With brewing it’s even better: I help them change their life, get a job and a career. The jobs are there and they get great training here. Placement is easy and we help them get the training and get the job.

He is also passionate about helping veterans. He noticed that 15% to 20% of students at South College were veterans and it seemed like a great career for them. Being eligible to accept the GI Bill is critical and, after the required two years in business, Todd said they are on the verge of having approval starting with the fall class.

He’s excited about the teaching and he’s excited about the impact craft brewing has on the local economy. He’s also working with the UT Haslam College of Business to let students know about opportunities in the industry not directly related to brewing, such as logistics, supply chain and accounting.

He’s also planning for the growth that he feels will inevitably force him into a larger space and hopes to have all instruction, including the brewing equipment under one roof and he plans to expand offerings, to online classes and more. If you’d like to learn more, you can check out their website or call (865)622-7511.