Upcoming Events You Do Not Want to Miss 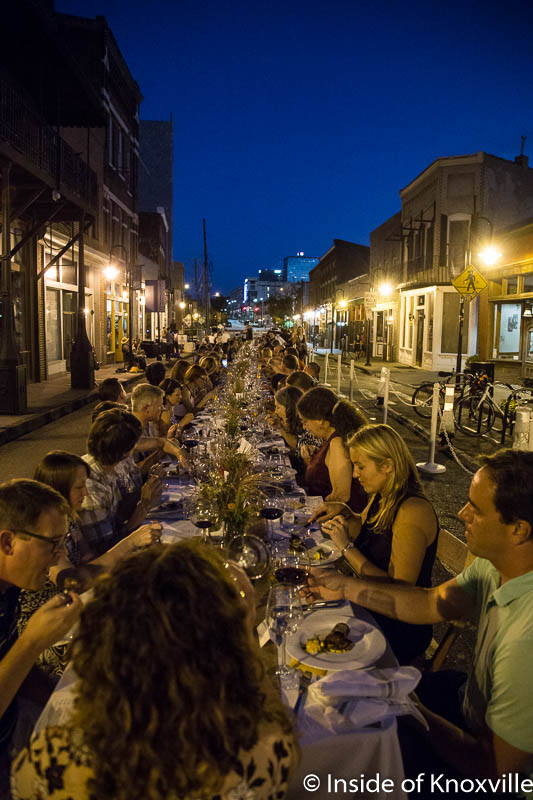 Sometimes a series of events in the city seem to warrant highlighting. With so many events happening, it’s easy for some very worthy endeavors to get lost in the shuffle. Whether fresh new ideas in a different part of downtown, or lifting good causes into the public consciousness, they deserve an extra word. With that in mind, here are four such events coming your way, with a couple of bonus events at the end. By supporting these events, you can do a good turn and maybe even win a pretty special bicycle.

With that in mind, here are four such events that deserve your support (and two bonuses worth mentioning):

These two events happen this weekend and overlap with each other. The Old City Market is a monthly series running from last month, through December on second Saturdays (that would be this one). Last month was hot, next month may be cold, but this Saturday will be just right, with highs in the upper sixties and the perfect weather for being outside in this new market.

It happens on West Jackson Avenue, with vendors set up outside on the sidewalks and the streets closed to vehicular traffic. It’s a great pedestrian experience and you’ll find twenty-five or more vendors selling their hand-made fare, whether art, clothing, cards, jewelry or other objects. Food trucks will be available and it’s a perfect spot to buy some modestly priced gifts or treats for yourself. It runs 11:00 AM to 4:00 PM. More details may be found here.

Simultaneous to this month’s market will be the Old City Ocktoberfest. What’s better than German food and beer, right? You’ll find it right alongside the market and it will include a beirgarten, more crafts and live music. Ten dollars advance or $15 at the door gets you in and gets you a beer stein and your first glass full. You’ll find more information here. It runs from 2:00 PM to 8:00 PM, so you could spend your whole day in this special part of downtown Knoxville.

I cannot say enough good about the Long Table Dinner series. I’ve attended a couple and both have been stunning culinary and uplifting social experiences. There is no better way to enjoy old friends and make new ones than to sit down to an amazing food prepared by some of the city’s best chefs and pare with fine wines and local craft beer and share an urban evening together.

The long table (the last I attended had over 100 people at one long table) will stretch down Central Street in the Old City far enough that it’s hard to see from one end of the table to the other. It’s expensive, at $135 per ticket, but for that money, you get food prepared by, “chefs Jeff Carter of the Crown & Goose, Jeffrey DeAlejandro of OliBea, Jesse Newmister of Tako Taco, and Paul Sellas of Rebel Kitchen! Cocktails by Post Modern Spirits, beer pairing from Pretentious Beer Co., wine pairings from Old City Wine Bar, and coffee from Vienna Coffee at the Regas Building! Live entertainment provided by Boyd’s Jig & Reel!” Some of our very best. It all happens October 21.

Hosted by KnoxFoodie, See Why Consulting and The Long Table Dinner, the event features locally sourced ingredients, creative dishes and excellent parings curated by Matt at the Old City Wine Bar and Vienna Coffee to top it off. With all that dazzle, the star of the show is really the city. To have an amazing meal in the middle of a city street, particularly on a block as beautiful as the 100 block of South Central is really something special.

The beneficiary, the Old City Performing Arts Center, is a dream by River and Rail Theatre to bring a performance space to the Old City which can elevate and accentuate that part of town, while providing a venue much needed to fill a void at that size. You can learn more about the plans here. You can purchase tickets for this event here.

Last year’s event, held at the Crowne Plaza, featured the Preservation Hall Jazz Band and was simply a blast. This year’s event promises to be as much fun and an even bigger event. It will be held at the Standard at 416 W. Jackson Avenue on November 9. It’s a double feature, for my money, because it starts with a gumbo dinner which, where I come from, is enough by itself, but then on top of that culinary delight, you get the music of Steve Riley and the Mamou Playboys.

Gumbo has to be a top-ten American cuisine. Cajun music in capable hands has to be one of the most fun kinds of music to party to – and you don’t have to travel to Southwest Louisiana to hear one of the finest bands playing it. They’ve been together for thirty years, recorded more than a dozen albums and they mean business – in a fun sort of way.

All this goes for $60 per ticket and it benefits a really great cause. The Legacy Housing Foundation “serves subsidized housing communities throughout Tennessee by providing programs and goods for individuals and families with limited income.” All money raised goes to the foundation about which you may learn more here. Tickets for this event are available here.

Also happening November 9 is the opportunity to take a train ride and help someone get a bike to ride, as Three Rivers Rambler and Dream Bikes bring you All Aboard the Dream Train. The vaudeville dinner spectacular combined with a train ride through the countryside promises to deliver “spectacular food, local libations, and miraculous showmanship as we raise money for Knoxville’s only non-profit bicycle shop!” Dream Bikes is a great non-profit and you can read about them and purchase tickets ($150) here.

Finally, in more cycling-related news, the Appalachian Mountain Bike Club is entering a new project: “Marie Myers needs some help with its soggy slick conditions. So it’s time to take Marie Myers back from Mother Nature. AMBC and TVB have teamed up with Transition bikes to revamp this park – We’ll be armoring the South Loop through the park and adding in additional technical trails to test the fortitude of any skilled rider.”

In other words, they are doing what they’ve done so many times, which is making Knoxville an absolute nirvana for cyclists, runners and hikers, by making the trails we all enjoy so much. But the work takes money. To support the project, they are raffling off a pretty incredible $12,000 bike. You can learn the specifics and buy chances to win here. The drawing is November 3.