Construction Prepared to Start on the 200 Block of Gay Street 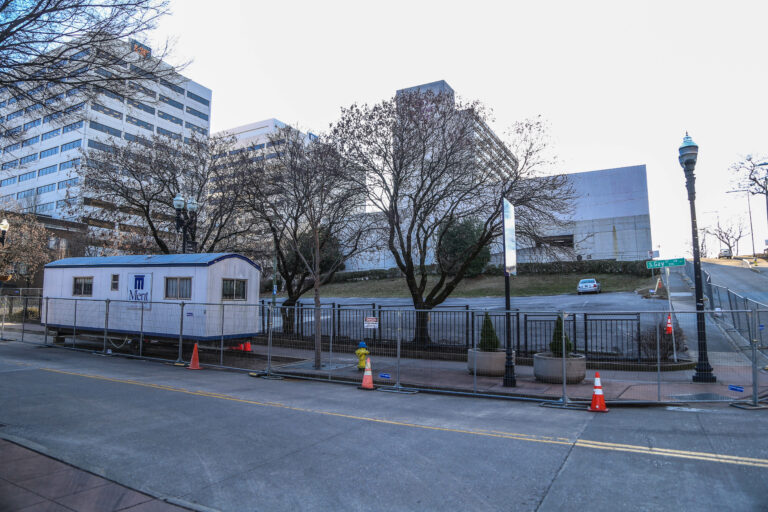 200 Block of Gay Street Prepared for Construction of Caledonia Pass

I’m not usually happy to see a sidewalk closed and I’m not delighted to see that on the 200 block. That said, I’ve never been more excited to see a fence being erected than I was yesterday while walking past that spot.

In 2,000, the City of Knoxville agreed to a fifty-year contract with Leigh Burch to utilize the parking lot for the new residents of the Sterchi Building. That seemed to preclude any possibility of re-development of the block, until the announcement in early 2019 that Mr. Burch’s lease would end in exchange for the right to purchase a lot just a block to the west on Vine.

Everything with development moves more slowly than we’d all (including developers) wish. And so it was over three years after the lease ended that Hatcher Hill announced their plans for the site. That brings us to April of last year.

In a text last night, Tim Hill confirmed that the new project is online for 57 condos, including four at workforce rates. I had mistaken the total for 53, but that did not include the workforce housing. The commercial space is also larger than I reported at 24,000 square feet, rather than 22,000. This includes plans for anchor restaurants at each corner of the block with retail in between, as well as retail facing a pedestrian thoroughfare between the two planned buildings. The timeline for construction is two years.

There is far more detail in the article, but that is the rough outline. Tim Hill projected at the time that the project would break ground in October 2022. Given the history of development delays, it would have come as no surprise if that ground-breaking had been delayed by a year, two, or more. With the site now fenced and a construction trailer on-site, groundbreaking should happen next week, according to Mr. Hill. 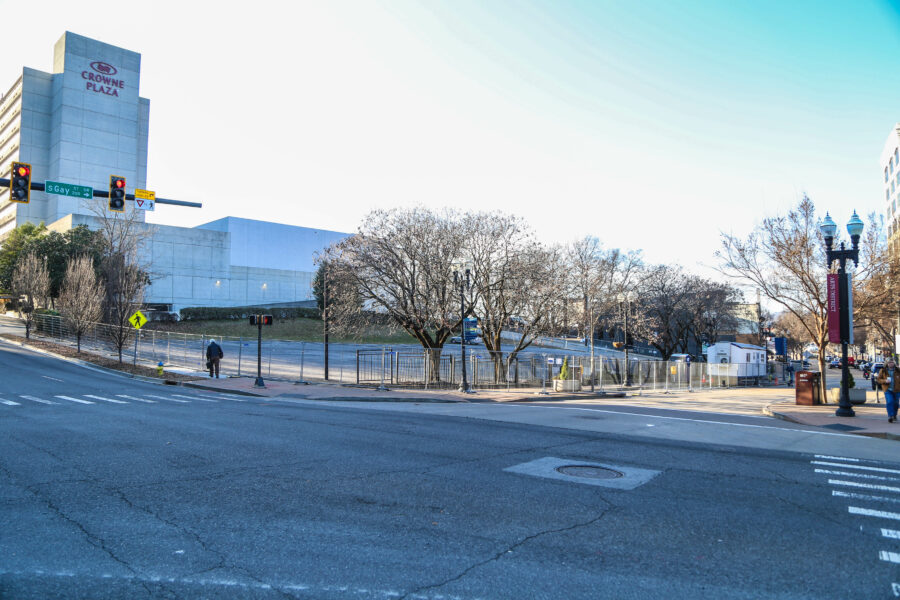 This project is a major step toward making downtown what it can become. It re-connects the 100 and 300 blocks of Gay Street and will be the first construction project to break ground on our most loved street since the Riverview Tower was completed in 1985 at the other end of downtown. It will likely not be the last, as several others are planned.

This is an exciting time to live in Knoxville. I thought downtown had become something pretty special when I moved to the center city in 2009. With this project and others, it is reaching a level I could not have imagined then. Here’s to fences — even if I will be annoyed to cross the street.