Solar Power: Where Does Tennessee (and Knoxville) Stand and Where Is It Going? 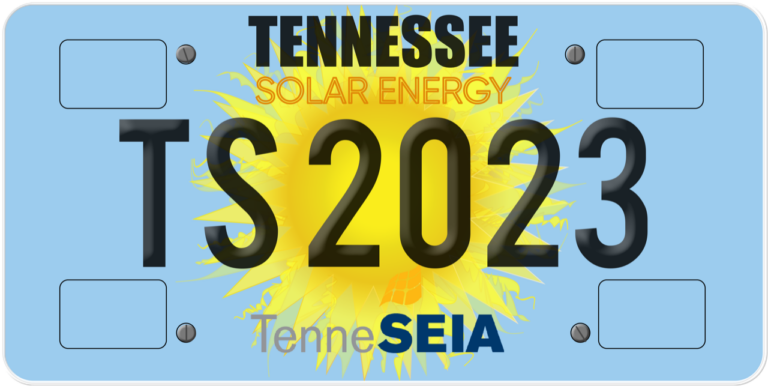 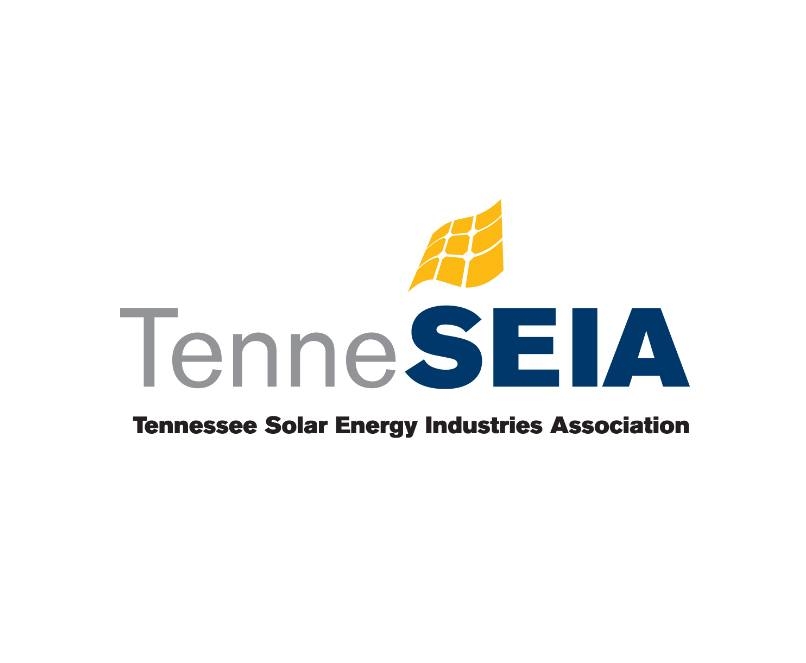 The Tennessee Solar Energy Industries Association recently held its annual two-day conference at the downtown Hilton in Knoxville. Nearly four hundred people, mostly industry professionals and other directly interested parties, attended from Tennessee and surrounding states. Organizing the conference was Gil Hough, Executive Director of TenneSEIA. I spoke with Gil about the organization and about solar power’s current status and its future here and throughout the Tennessee Valley.
Gil, a long-time practitioner in the solar arena, was one of the founders of TenneSEIA, and worked as an advocate and serving as its first President. Around 2010 he began “development of mid-scale projects, one to five megawatts, mostly on contaminated brownfields.” In 2020, due to anticipated explosive growth in the industry, the organization added a paid, part-time Executive Director for the organization, and he became the first to fill the position. Last year the position was changed to full time as the organization’s membership and budget is “doubling in size every year.”
He said the growth corresponds to the growth in the number of companies providing solar services across the state and region. In this case, the region is important because, unlike utilities in other states in which state governments dictate energy policy, the federally controlled TVA dictates energy plans in our state and throughout the Tennessee Valley. Their reach includes the full state of Tennessee (except one county, small portions of North Carolina and Georgia, plus large portions of Mississippi, Alabama, and Kentucky. TenneSEIA focuses primarily on the state, but works with TVA, which impacts the entire valley.
The organization focuses on solar power, as well as storage of renewable sources of power. Storage has become increasingly important in their efforts, as adequate storage must be available for the renewable sources (or any sources) to work. He said they are focusing on new challenges presented to the grid from EVs, particularly when you look at large vehicles, like buses or the semitrucks that are “going online next year.”
The company often offers the expertise of the range of companies they work with nationally (there is a national organization) to TVA as they look at next steps in solar power. He said, “They are scaling up very quickly, but they are experiencing challenges they’ve never had before at this scale . . . There are gigawatts of solar coming on the grid right now with TVA. They are doubling and tripling the amount.” He said what took about 20 years to build brought the TVA region to less than 1% solar on its grid and in the course of the next year, that is going to break 3%.
Hydroelectric power represents TVAs largest renewable energy source, at about 6% during a dry period, up to about 10% in a rainy year. He pointed out that while that will continue, it doesn’t have the capacity to grow. Additionally, TVA has a balancing act between power generation and recreational use of lakes. TVA primarily gets the remainder of its power from nuclear (39%), natural gas (26%), and coal (19%). Gil said ten years ago coal generated power represented a much larger percentage, but it is being phased out by TVA by 2035. Much of that generation has been shifted to natural gas, thus far, but he thinks that has peaked and solar will take the remaining coal portion. He speculates that 30% of the state’s power will be produced by solar.
That said, unlike other utilities, they do have economic development as part of their mission. At this juncture, the economic development portion is becoming a major driver of solar power development. Gil said certain large companies have told the state they will locate their manufacturing or other business in the state only if it can be powered by renewable energy sources. “That’s really what created TVA’s ongoing large-scale project.”
He said both Google and Facebook made similar demands and TVA guaranteed it and then others, such as Ford (and even in-state institutions like Vanderbilt) followed with their own similar demands. Ford will require 700 megawatts of solar to come. TVA is responding. According to Gil, TVA currently has an RFP out for a company to build a 5-Gigawatt system.
But that’s not the only reason it is growing. He pointed out that far from being a clean but expensive choice as it was in the past, it is now “the cheapest form of energy on a large scale.” While costs have risen slightly over the last year, due to impacts from the pandemic, other sources have gone up even more. He expects the cost of solar to continue its rapid decline once current issues are sorted out.
The most recent major driver for renewable energy, including solar is the recently passed Inflation Reduction Act. “It is a complete and utter game changer.” It is the first long-term tax credit program (ten years) for renewable energy sources. Additionally, up to 50% or 60% of the cost of projects is available as an Industrial Tax Credit if certain markers are met, such as paying a living wage.
“The solar industry has always had a reputation for paying good wages, but now the government is basically subsidizing us to pay better than we’ve ever paid.” Another marker for getting increased tax credits is using domestically produced components. This is spurring growth in the manufacturing side, much of which was lost to China in recent years, even though the U.S. developed the technology.

I asked about the land that will be needed for solar panels. He used North Carolina as an example of how much farmland is utilized, saying their solar program is where we hope ours will be in ten years. They are currently using .28% of farmland for solar. He pointed out that housing developments and golf courses are bigger threats to farmland and solar can be placed on the most unusable portions of their land and give them a dependable base income year-in and year-out. Some crops can even grow around panels. He said he knows some farmers who believe it will save the family farms across the country.

He also dispelled the persistent myth about solar that it does not produce, and power would be in short supply on rainy days or in a prolonged period of rain. It turns out the panels produce except when in complete darkness, meaning only a very severe thunderstorm would produce enough darkness to slow generation. Additionally, TVA is always managing a grid, so it can draw electricity from one area for another area as needed and that even extends to the national grid. He pointed out power sources, such as nuclear plants must go offline for repairs and the energy is simply moved from elsewhere.

TVA, KUB, staff from the City of Knoxville were all present for the conference and it served as an opportunity for all the players in the industry to get the latest information and strengthen working relationships. One outgrowth of those relationships in recent years is that TVA asked utilities to extend their contracts from five years to twenty years.

In exchange they allowed local utilities to self-generate up to five percent of their local needs themselves and in most cases that means more solar and it means much more rapid turnaround on projects. TVA has promised to increase the percentage in coming years. Given the dropping price of solar, he expects the switch to solar will help contain power costs in the future. Where the price of natural gas and coal go up over the years, sunshine remains free.

One of the challenges is for areas like our center city. While cities generally use less power per person, they consume large amounts of power because of the population density. It’s a challenge to build large solar projects, however, because they don’t have the land. One intriguing solution is the tops of garages. Panels can be installed over every parking place giving shelter to the cars parked there while generating power. The city would get sixty percent covered by the federal government if certain conditions are met. It’s an idea to which I want to return.
Additionally, parking lots could be covered the same way, such as the massive ones at Walmarts, grocery stores, and the mall. Brownfields in city limits offer another opportunity, as well as otherwise unusable slices of land near Interstates. He also said all new construction of large dwelling units should begin to include solar panels on every rooftop.
In short, Gil is very excited about the direction solar is headed under the new Inflation Reduction Act. He thinks the benefits from higher wages, more clean energy, more domestic manufacturing and directing of power to lower income communities is going to “raise people out of poverty. It’s going to transform America and the Urban Landscape.” He also thinks the economic benefits are going to be so obvious before the next presidential election that he doesn’t foresee the legislation ever being reversed.
Beyond encouraging our city to expand their efforts to consider solar on tops of parking garages and atop all new structures, there are several things we can do. One is to consider solar panels atop any new construction, like a garage or backyard shed. Also, please use providers licensed by the National Board of Certified Energy Practitioners and consider using companies that are members of TenneSEIA as they are bound by a code of ethics.
For those of us who live in multi-family dwellings or other situation where installing solar panels is not practical, there is an effort underway which we can support. TenneSEIA is working toward getting a solar energy license plate offered by the state. Any money raised would go toward education around the topic. It will only happen if there are a minimum of 1,000 tags preordered at $37 per tag. If you’d like to support solar, click this link and pre-order your tag today.
I hope to have more on the topic of solar energy in coming weeks.