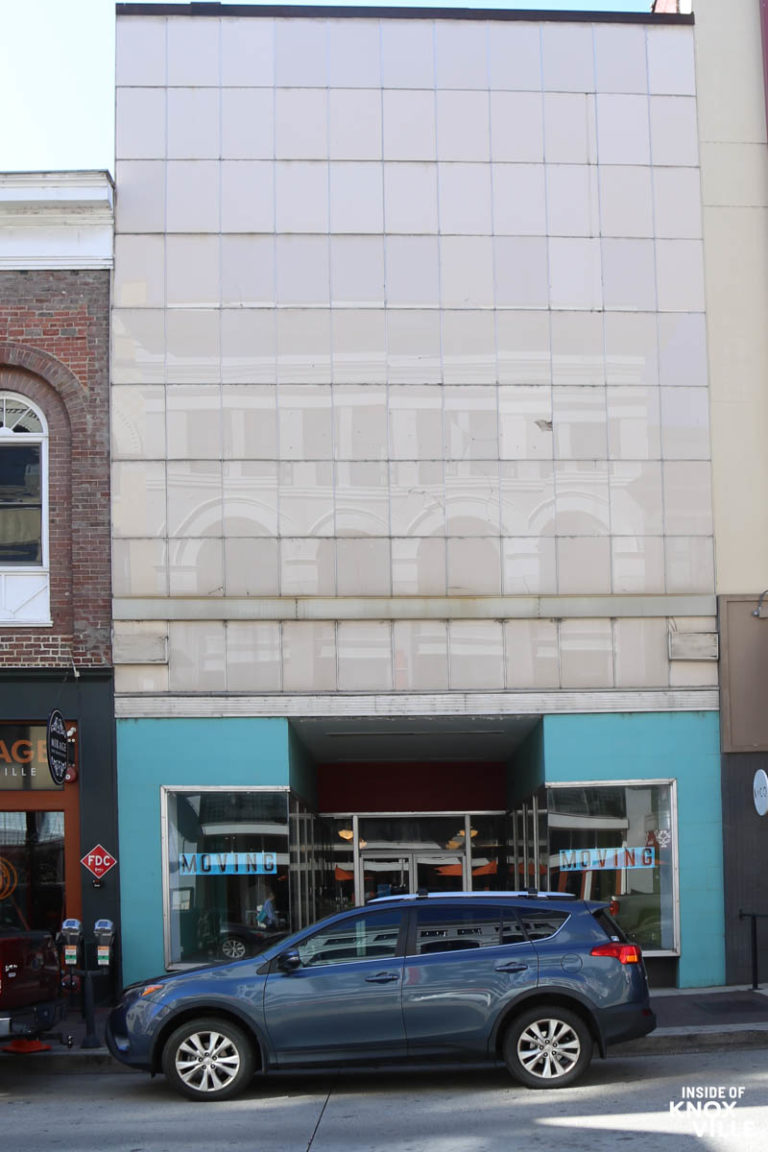 Scott and Bernadette West have purchased the building at 413 South Gay Street, marking the couple’s first Gay Street property after owning property in the Old City and numerous properties on Market Square. The couple also recently purchased property on Blackstock with plans to develop an arts district there, just off the World’s Fair Park. The new purchase includes a basement and two floors which have been owned by Julie Belcher for over two decades and most recently was home to Pioneer House owned and operated by her and (Cowboy) Phil Rupp.

I spoke with Scott West to learn more about the purchase and the plans for the space. He pointed out that their approach to building ownership is different from a number of other investors downtown in that they use the buildings they purchase in order to open businesses that support downtown, rather than flipping them or renting them to others. The plans for this building is no different.

“We acquired the building from Julie Belcher who has been down her just as long we have.” He said they paid $2.9 million for the building and the transaction was very simple. He heard she was interested in selling and asked her the price. She told him and he agreed. “There was no negotiation. Everyone else is trying to buy the building for less than it is worth. I paid what it is worth.”

He had a vision for its use before they entered an agreement. “Jack Neely told me that a hundred years ago there were businesses that would have a walkway across the alley connecting their business on Gay Street to their business on Market Square . . . I’m seeing a double rainbow bridge connecting the rooftop of Bernadette’s and Preservation Pub to the rooftop on Gay Street. I’m imagining this really amazing block on Gay Street. Our new space is right between Suttree’s and Sky Box.” He feels their proximity will be beneficial to all three.

He said to imagine a reverse image of Preservation Pub and that’s what you’ll find at the new location. He said it will be warm woods and exposed brick, along with “music 365 days a year.” He hopes this gives a boost to even more local bands by giving them an additional space to play. He plans for it to include sheltered seating in the recessed area on the two levels on Gay Street, including seating in what is now display windows, albeit, with the glass removed.

As for the façade, he’s asked Jack Neely to research it’s earliest iteration, suspecting the current face of the building isn’t original. He said they will either restore it to its original look or, at the least, make the appearance of the building much more attractive. The new business will be a smoke-free alternative to Preservation Pub’s smoking environment.

A second phase will include a rooftop deck, which he hopes will be two levels, including a set-back mezzanine, much like Bernadette’s. The two decks would be connected by bridge enclosed in plexiglass allowing those crossing to look down on the alley and those in the alley to see their friends in the bridge. He expects it to add to the tourist draw of the alley and said that he and Bernadette had imagined the alley as a draw when they first started purchasing buildings on the square.

And, of course, with Scott making plans, he doesn’t envision just a bridge over the alley. He’s imagining a yellow brick road down the alley that leads to a Wizard of Oz mural, topped with the “Emerald City and a double rainbow.” He’s imagining people looking down the alley at the artwork, twinkly lights above, and an LED lighted rainbow bridge above with people waving back.

The building includes a basement with twelve-foot ceilings and tin tiles on the ceiling. He’d love to do something with that, perhaps like the old World Grotto, but if that happens, it will come later. The first stop is to get the ground floor functioning and, while he would like to think he could do it sooner, he’s hoping for about six months or so, to open next spring. After that is functioning, the focus will turn to the rooftop.

The kitchen in Bernadette’s will service food needs, so they won’t need to build a kitchen. And for handicap access, there is an elevator inside Bernadette’s that will connect up with the bridge. To not be forced to build each of those structures in the new building saves time and money, but just as importantly, space, as the building is long and narrow.

He’s picturing each floor having “all these eccentric, anecdotal stories of Knoxville . . . You’ll have all the stories of the radioactive catfish, and the mole people, skunk apes, all the good stuff, the real history.” For the second floor he’s thinking they will probably use that level for the first legitimate offices they’ve ever had to run the growing enterprises.

As for the name, you may need to think about it a bit. He credits Paula, his sister, with the idea. So, for now at least, it is Seven Minutes Early (at “413” South Gay Street). Stay tuned and look for it next spring.