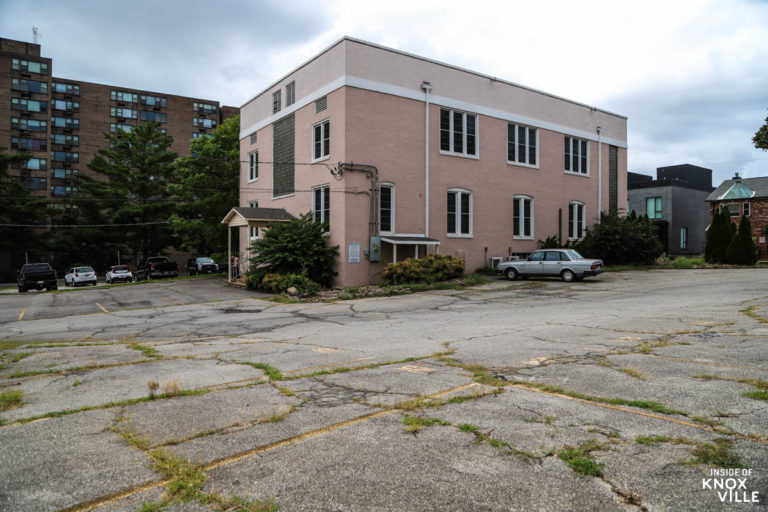 After a period of semi-quiet, several items of interest for downtown development have emerged. Some of the details involved announced developments while others portend possible future development. Taken together, the three included here look to continue the changing face of the city, though the pace of that change may be slowing for the time.

First, a parcel at 516 and 520 Vine Avenue, currently owned by a subsidiary of LawlerWood, was before Knoxville/Knox County Planning yesterday with a request for rezoning. The rezoning from DK-G to DK-B would, among other things, allow for “structures that are only multi-family residential that do not have commercial or office on the ground floor.” The request was approved and will now be before City Council in September.

While specific plans have not emerged, there are indications the intended project may have been delayed or been put temporarily on hold. The request for rezoning had been delayed at the request of the applicants. Additionally, after being given a deadline for evacuation, current business tenants at the address were offered and accepted a new lease to run through next May.

At the earliest, it appears this would be the beginning date for any new development on the site. If built to any considerable height, the new project would be highly visible on the skyline of the city, given its position on the hill at downtown’s northern edge.

I’ll be honest and say that this parking lot has been on my radar for years as a potential site for development that would extend the Old City and come close to reconnecting it to what I call “uptown.” While I don’t know the history of the spot, I would guess that it likely that the buildings on the spot were taken down with the Summit Hill construction. Maybe someone can chime in with a link on the history?

The plot has most recently been owned by Leigh Burch and its sale to the Ephant Group was completed this week. The acquisition was handled by Oliver Smith IV and Will Sims of Liver Smith Realty and Development. I understand plans for the site include multi-family housing, though I do not know details. Clearly, this is a spot where one might hope for commercial space along Central and Willow.

The site is more complicated than it might appear at first blush. The lot is not rectangularly shaped, due to the crossing of First Creek at an angle across the rear of the lot. Given environmental protections that require any new structures be set back from streams, the size of any potential construction on the site is necessarily reduced.

I spoke to Leigh Burch who said he feels the buyer has a great plan for the site and, importantly, will likely move forward with those plans more quickly than Mr. Burch would have been able to move with his. He said the offer came at the right time and he’s pleased to have the property headed for potentially more timely development.

While I was speaking to Leigh Burch, I took the opportunity to inquire regarding the status of the Capitol Lofts project. Announced here in June of 2021, the 130 unit development was to have begun construction in March of this year. The delay has led to speculation regarding its future, but Mr. Burch said the project is simply paused.

The delay comes from the fact that costs have exploded (he point to the baseball stadium as facing the same problems) and he also anticipates renewed supply chain issues due to China’s recent, massive COVID lockdowns, which is where a number of the initial issues began. He said they were within two weeks of signing all the contracts for the loan and bringing on contractors and sub-contractors, when estimates of costs went up about 30% in nine months, from $25 million to $32 million. It made the project not workable at the original estimated price points.

He said the volatility makes it near impossible to set contracts with all the various parties. He noted that while construction costs have now started trailing downward, interest rates are rising, which impacts cost, as well. “It’s a good project, but we’re waiting for things to settle and trying to buy some time.”

So, like other projects, it is coming, but it will come on its own time.