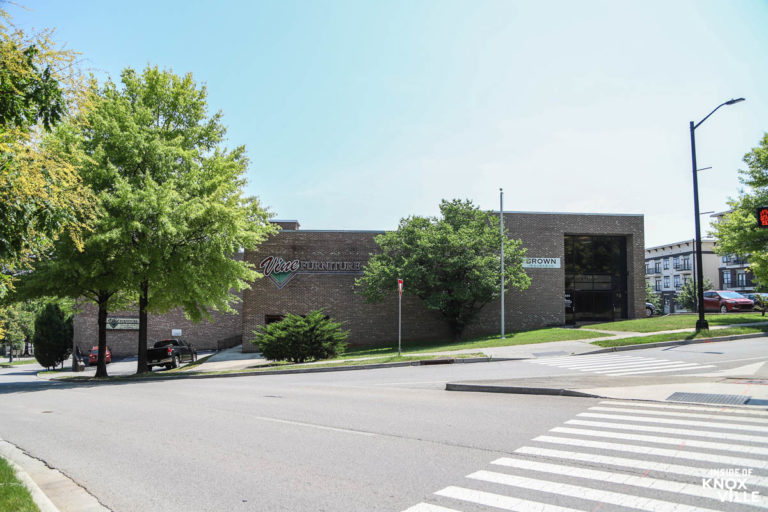 A journey that began in 1944, will soon come to a close. After 78 years, Vine Furniture will close its doors before the end of summer. The business provided for four generations of one family and connected to other families throughout the community, many of whom were multi-generation customers. It’s something that current owner Kelly Shinlever didn’t see coming when I wrote about the 75-year history of the store, or even as recently as 2019 when I wrote of their plans to re-develop a portion of the building. I sat down with him to talk about the decision to sell.

He said, “We took the plans all the way up through plans review.” By that time the pandemic had started and the family started re-evaluating. They put the portion of the building up for sale to see if there was outside interest in purchasing it for redevelopment. His parents realized that, at their age, waiting on the returns on that major investment might not be their best choice. He said the pandemic made the whole family take stock of what they wanted and where the business was going.

They closed to walk-in customers for a period early in the pandemic. Kelly said the Friday they re-opened was the biggest sales day in the history of the store. Business has been strong since. Still, looking at the long-term, he knew his parents were nearing retirement and his children aren’t interested in continuing the business.

As time passed, they began to get offers for the entire property. “People would walk in the door and make an offer.” The property includes about 3/4 of an acre, two joined buildings and a parking lot. Of the two buildings, one dates to the 1970s and the other, older building had both its front end and back end demolished many years ago, the front end due to the construction of Summit Hill Avenue.

When an offer for $4.75 million dollars, the family began to seriously consider whether this might be the time. Saying they prayed about it as a family, they decided it was the right time and they agreed to the offer. The sale, brokered by Oliver Smith IV and Will Sims of Oliver Smith Realty and Development, as well as Mary Katherine Wormsley of Hatcher Hill, closed June 2 and they were given ninety days to clear out their inventory.

The family sent out a letter to their customers a week ago Saturday. He said the fact that their customers finance their furniture allows them to develop relationships with families as they return every month to make payments. He worries that some of their customers will have a hard time finding furniture elsewhere.

He said that their business is the relationships. He said he knows customers who will pay them before paying anyone else. “People will call in to say they are sick and can’t make a payment. They will call to tell us someone in the family has died. I kid all the time that Mom will get a jewel in her crown in heaven with her card ministry . . . If someone is sick, in the hospital, a death, a wedding, she sends them a card” with a personal thought for them in their situation.

I asked if he had heard from customers regarding the closure. He said they’ve had multiple phone calls from customers, and people “walking in with tears in their eyes, literally.” When they opened Monday morning the phone rang and a lady said, “My heart is broken.” They’ve also gotten cards and letters. They’ve also sold about 95% of their furniture in the last week. Most of that has been financed and they will continue to operate that portion of the business until the final payments are made. The family owns two buildings across the street and Kelly will operate from there.

“It’s bittersweet . . . I grew up on this street, on Vine Avenue. My parents brought me to work everyday as a child . . . As a kid I could walk across the street to Sam’s Sandwich shop . . . Sam Provenza went back to Sicily when the boulevard went through. It was a little hole in the wall.” He remembers some of the characters from the time, like Fred Logan who drove a white Cadillac. “Fred was connected to Motown and operated night clubs.”

He said they, as a family, have quietly done their work for decades and are happy to end quietly, as well. They know downtown has changed and their furniture isn’t directed at the high-end customers who are now filling the downtown area. He’s concerned that the pandemic has accelerated the shift from small businesses to corporations and chains.

The person who purchased the building asked to not be named in this article, though the entity is now public record. Plans are coming into focus, but are still fluid and renderings have been delayed. I’m told that I will have those plans soon and can share them and all the details in this space.