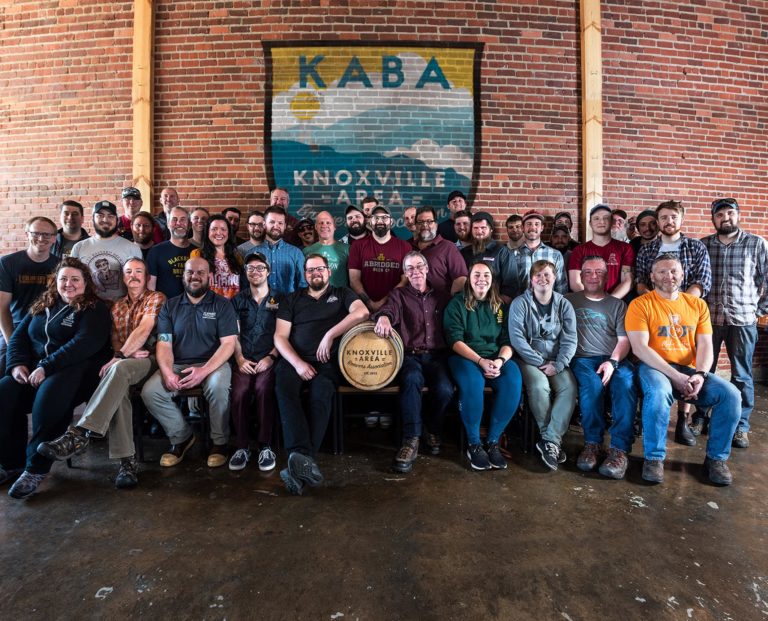 It’s been a while since I’ve written about craft beer in the city. Something that seemed a novelty just a few short years ago has evolved into a mature local industry that is easy to take for granted. It seemed a brewery was opening every few minutes there for a while and, despite dire predictions from some quarters, they are all still around. Outside Saw Works, which had its own litany of issues, they all seem to continue to thrive.

Part of that success lies in collaboration and cross promotion. I’ve never known a set of competitors to be so willing to work together. They’ve come together to form the Knoxville Area Brewers Association (KABA), an organization that allows them to regularly coordinate and collaborate. Adjacent businesses, like Zack Roskop’s  Knox Brew Tours and Knox Brew Hub have helped push it forward and keep it in public consciousness.

KABA has developed a fun way to explore Knoxville’s breweries in the form of the Knoxville Ale Trail. Until now, exploring the Ale Trail involved starting at one of the 25 participating breweries or 18 affiliates, having a beer and picking up your passport to be stamped there and at other participating locations. A reward a Knox Brew Hub awaits once you have them all stamped.

All of the above remains true, but Visit Knoxville has joined KABA in presenting the release of a digital version of the passport. A code delivered at each brewery replaces the analog “stamp,” and you no longer have to keep up with a paper version of the passport. You can sign up here to have a passport sent to you immediately via text. No app required.

We also happen to be in the middle of Knoxville’s Craft Beer Week, with several events and celebrations still to come. Get your digital passport, enjoy some of the events below, or simply drop by your favorite brewery and raise a glass to the folks making it all happen.

Friday – May 27:
9:00 AM – Open Brew Day @ Printshop: Catch a behind-the-scenes look with taproom open early to watch the brew day from start to finish. See brewers at work, learn about each step in the process, sample the ingredients, and enjoy a beer or two, all while they do the heavy lifting.

Saturday – May 28:
Giving Back Saturday: Participating breweries and their charities. Check their social for more details:

3:00 PM – 6:00 PM – Family Tie-Dye Event @ Orange Hat: Families are invited to bring clothing items to Orange Hat to tie-dye! There is a small fee for tie-dye supplies. Follow on social for more information.