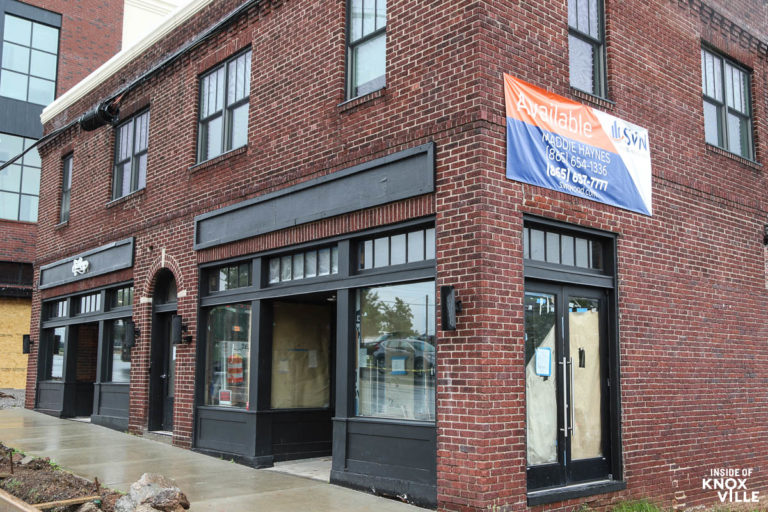 A year-and-a-half ago I introduced you to Nick Moran. He opened Riverside Tattoo Company at 224 North Central Street at just about the height of the pandemic. The gutsy move paid off and the business continues to thrive. With a thriving business under his belt, Nick has decided to open a second business just a couple of blocks away. Local Collective will be located at 104 East Fifth Avenue, Suite 110, currently in the corner building on Central Street and Fifth Avenue.

A friend inspired him to consider the concept and when she moved out-of-state, he decided to take on the project. She let him keep the name. He told me, “I wanted to facilitate an area where creatives can own and operate their own businesses with low overhead.” To do that, he is having the space built out with small booths, each one dedicated to a private business focusing on “beauty and art.”

The address might include hair stylists, tattooing, barbers, make-up artists, photographers, art studios or more. There will be seven booths of different shapes and sizes, and priced accordingly. The space will also include a commonly shared break room and restroom. A small lobby area will also be used by all the businesses for a customer waiting area. He said as the businesses grow, if they want a receptionist to greet customers or answer phones, they could pool their resources to share an employee.

The spaces range from 80 square feet to 110 square feet. The largest is in the back and will have a window. It is already spoken for by a hairstylist. For the other spaces, he’s working with potential applicants, in order to make sure they get the space that fits for their needs. Some need natural light, for example, while others might not.

Several people are already speaking to him about other spaces, but he still has spaces available. He said the business model is called “rental arbitrage,” in which one person leases the total space and others sub-lease from them. He will continue to work full-time at Riverside and will essentially leave the new address to the various owners to open as they have clients.

He realized that many stylists work on commission or are paid by the hour and he wanted to find a way to help them generate as much profit as they possibly can while not being saddled with full rent for a large space. He feels the other model is “dated,” and runs his tattoo shop off a model of renting a space. He wanted to extend that model to adjacent industries.

He said he wants to keep booth rental affordable and allow the business owners to dictate their own schedule, allowing them to work around other obligations, like child care or to work longer hours if they are able.

Nick said he loves urban development and growth. He also values providing opportunities. “I’ve seen how booth rental can positively impact tattoo artist’s lives and I think it would be cool to let that radiate to other people. Whether they want to work for themselves in the space, or for others to be a stepping stone to something larger” without taking all the risk up front. “Maybe they can then open a larger business and provide opportunities for other people in the community.”

He envisions customers potentially making a day of having getting their hair done, get a matching tattoo with their friends, get their nails done, and maybe go next door to get their lashes done at Bat n’ Rouge. He is intent on having services that complement his neighbors and doesn’t want to offer services that compete with them.

He said he’s happy if people stay indefinitely, and he’s also happy if this is a stepping stone to the next stop on their journey. Booths are anticipated to be finished this summer. If you are interested in inquiring about a space, you can do so here. He’s hoping to have everyone up-and-running by early August.

As we parted he said something to the effect that I should expect to hear from him on other projects in the future. And I do.