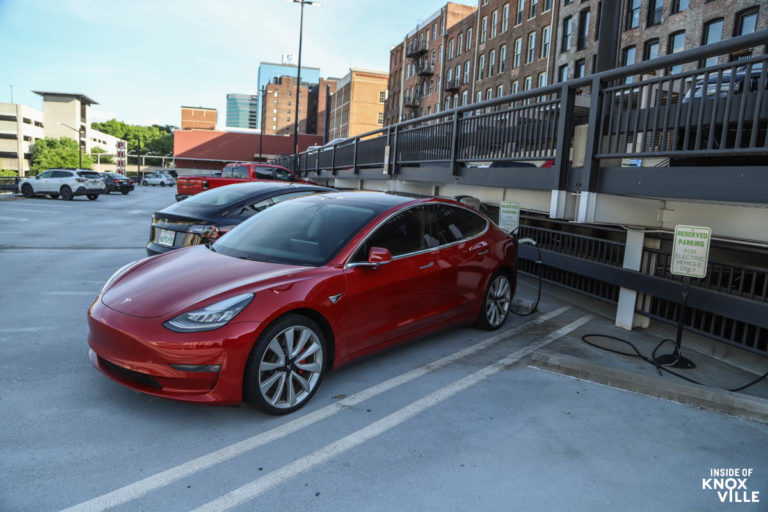 In a sign that actions taken in Washington do eventually impact our lives, TDOT is holding a series of public meetings across the state to discuss the coming investment in electric vehicle infrastructure. The funding in question comes from the Infrastructure Investment and Jobs Act of 2021. Originally proposed by President Biden as a $2.6 trillion dollar piece of legislation, the bipartisan bill that passed included a much-reduced $550 billion.

Tennessee’s senators both opposed the bill, as did all seven Tennessee Republican U.S. Representatives (the two Democrats voted for it). Both Tennessee Senators Hagerty and Blackburn called it a “gateway to socialism.” Fortunately for our state, we still get a share of the money. First, Tennessee will get our share of the funding for bridges and roads. Additionally, $7.5 billion was designated for NEVI (National Electric Vehicle Infrastructure) and Tennessee will get $88 million of that over a five-year period.

Tennessee, according to the presenters from TDOT, is already home to about 18,000 registered electric vehicles. The number anticipated by 2028 swells to 200,000. Auto dealers reported a 48% increase year-over-year in 2021. Interestingly, Tennessee is somewhat ahead of the curve in respect to EV related jobs. Nissan, Volkswagen, GM, and Ford each make at least one model of electric vehicle in the state, providing 9,600 jobs, or 13% of the national total. It also represents a $12.4 billion dollar investment, or 23% of the national total.

Representatives of TDOT are touring the state introducing the information regarding the charging stations and soliciting input. The tour started this week and East Tennessee was first up, with a public meeting held in the Downtown Hilton last night. The small group gathered consisted primarily of government and other officials and parties with a vested interested. The tour schedule was only determined last week, so the notice was short.

The initial push nationally is for travel corridors to have charging stations at least every fifty miles. They must have at least four chargers and they must be within one mile of the travel corridor. Most travel corridors are identified as Interstates, though Tennessee, for example, has also included U.S. Highway 64. Once those corridors are built out, any remaining funds may be directed elsewhere. The cost of each station is approximately $1 million, which is largely infrastructure cost.

The NEVI program would provide level three (the fastest charging) stations with a minimum of four CCS systems. Proprietary systems would not be supported (Tesla). Those drivers would presumably require an adapter. This level system provides a full charge for most cars in between ten and forty-five minutes. Public or private groups may apply to install and maintain the stations, for which they would receive the profits.

One obvious location for the charging stations would be in rest areas, but it turns out that is prohibited. Federal law restricts for-profit businesses on those sites (hence no gas pumps) and the law would have to be changed. It was pointed out that certain lobbies would not want that.

The hope is to have an approved plan in place by the end of this September, with construction timelines to follow. The anticipated range of build-out for the entire program is three-to-five years for what is anticipated to be about thirty charging sites along the designated corridors.

You can watch the entire presentation below. Additionally, TDOT would love for you to complete a survey giving your opinion on various portions of the topic.