David Cain Gives the World Perhaps the Quirkiest Dolly Yet 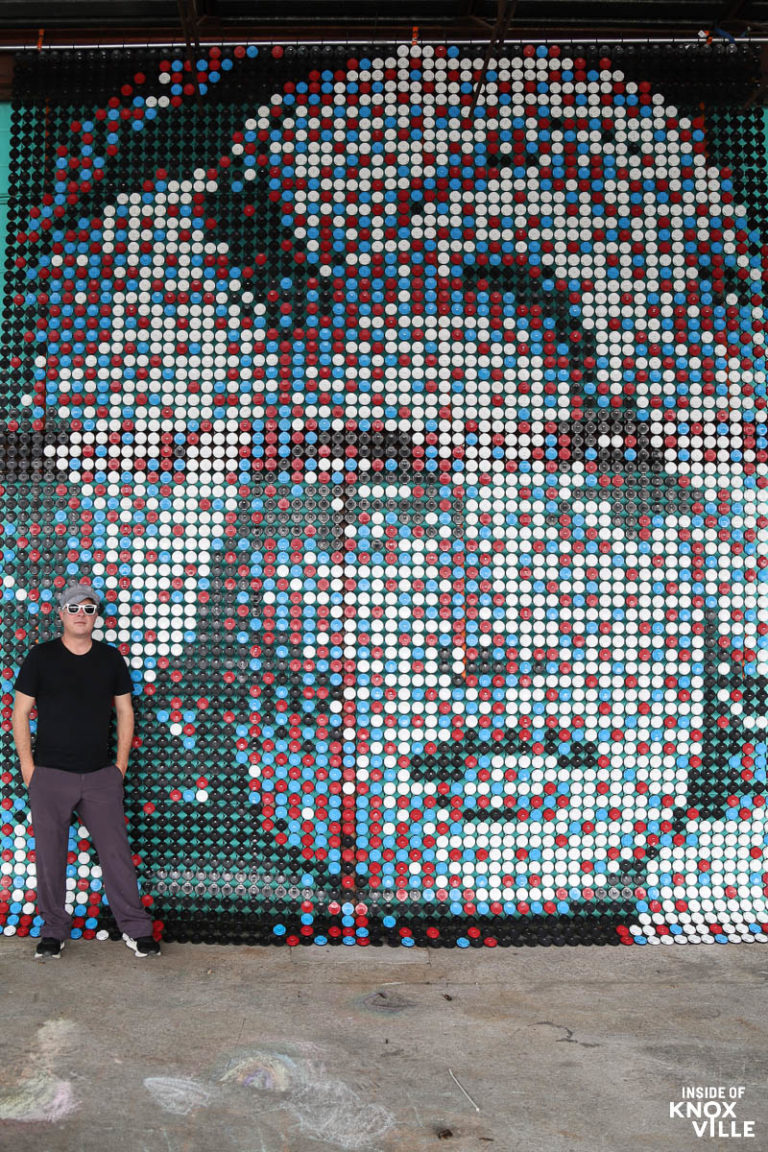 There are lots of parts to a great city, or simply a great place to live. While we focus on businesses and development, both of which are important and get people excited, at a more granular level, the single element that makes a city worth spending time in comes down to its people. And Knoxville has many interesting, kind, generous, inventive, talented, smart, and quirky personalities. That is the single thing that makes this dozen-year journey I’ve taken so rewarding.

While we enjoy the buildings, events, cultural attractions, improving culinary scene, fantastic local music and more, the people are the special sauce. Most of us will be forgotten in official histories of the city, but the element that holds in our memories are the people we’ve met, known, and enjoyed.  They may be brilliant and generous, smart and funny, or just odd in an interesting way. They do things that surprise us and keep us engaged. My recent article about P Smith captured a large readership because we enjoy people who chart their own course.

I re-connected recently with Dave Bowers over his new work of art in the lovably funky Central Filling Station. Dave is one of those people who is part of the fabric of the city. An artist who works in a range of mediums (see his Instagram page for more), he’s also well known in the area music scene, having had a strong relationship to that guy from King Super and the Excellents when they were performing about. His art extends to cocktails and beyond.

This fun new work of art comes at the hands of Dave, but it’s a medium I’d never encountered, and may just be one of a kind. Accustomed to working with pixels in small art works, Dave had an idea: What if he had large pixels for a large work? And what if he used Pack techs (plastic pieces used for connecting four-packs of beer)? It would be a huge upcycle of material.

Dave began the project in the fall of last year and collected 10,000 pack techs from local breweries like Next Level Brewing, Gypsy Circus, Xul Beer Company, Crafty Bastard and more. That’s a lot of local beer. Fortunately, Dave didn’t have to drink it all. He works as a bartender and knows people.

He decided to do Dolly, because, well, it’s Dolly. He said of the project, “I’ve always had a fascination with 8-bit art growing up in the Atari generation. And I’ve always had the idea that if I have enough of anything I can make something. And having stacks of the Pak-Teks lying around the Filling Station two ideas came together seamlessly.”

Seamlessly and large. Very large. Hundreds of hours-to-put-together-large. The end result is twenty feet top to bottom (and even in the other direction!) and it’s almost that wide. I included a couple of photos with Dave just to show the magnitude. It is also very heavy and took eight hours to hoist into place.

Please go to this cool space, find yourself some food and introduce yourself to Dave at the bar. He can set you up with a cool drink, tell you all the details about his work and even sell you a t-shirt of the art work, if you like. He tells me he’s willing to take on more projects like this one, so ask him about that if you might be interested.

Meanwhile, that’s who we are: cool people doing cool things. Look for one in Nashville or even New York City. Nope. Only in our scruffy little city.