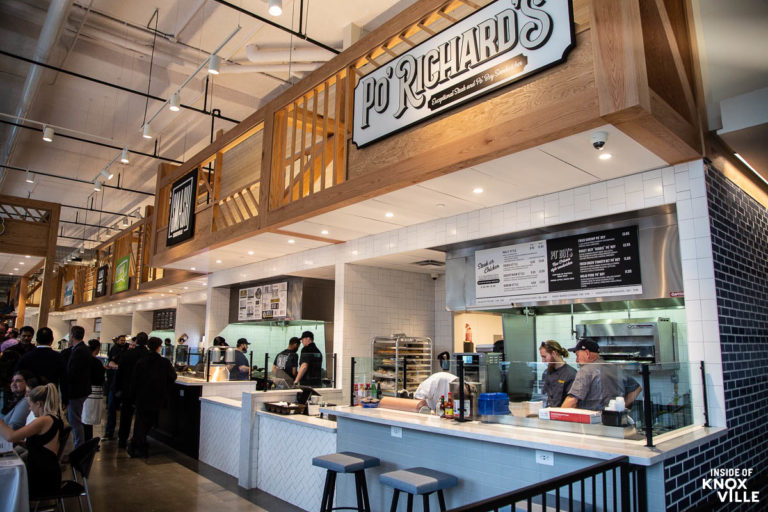 Two downtown businesses have announced closures this week, though their journeys were quite different.

Po’ Richards was part of the initial line-up of eleven restaurants in the Marble City Market at Regas Square. Each of the eleven businesses entered into agreements with Hospitality HQ which manages the overall operations. April 24 was announced as the final day of business, concluding just over five months of operations.

In a post on their Facebook Page the owners suggested they did not get the support they anticipated from management. I’ve reached out to them for specifics and if they respond I’ll follow up with more information, including a response from Hospitality HQ.

Hen Hoc announced its closure just yesterday. This closure hits a little differently for several reasons. It’s been located in the Old City for nearly two years and was the first full-service butcher shop in the area in memory. Additionally, owner Jeffrey DeAlejandro is a beloved figure in the neighborhood and his Oli Bea continues to be a favorite downtown spot for many.

When the team and I opened HenHoc during the pandemic, we worked to provide Knoxville with an authentic butcher shop experience. We loved sharing our craft with you and hearing your stories of how our products played a role in bringing joy during a challenging time. There is still more in us, but for now, we have made the difficult decision to close HenHoc. We will spend this time reimagining how we can better serve our beloved Old City and beyond. Until then, contact (dm us) for all your wholesale and regular sale. We have a large inventory still. Thankful to be a part of this city – scruffiness and all!

I followed up with Jeffrey who said that they did well in their early stages. They opened in the early months of the pandemic when many people were eating at home. As the pandemic eased and people returned to eating in restaurants, the butcher shop slowed to an unsustainable level. Its most recent quarter was its worst, while Oli Bea enjoyed a record quarter. He said he felt he had to close, regroup, and begin considering what might be next.

He said he “learned a lot about business,” calling it a “passion project” and saying he hated to close it. He expressed his appreciation to Jon and Dee, saying, “they both have worked so hard and made that place special.”