The Bark to Open in Fourth and Gill 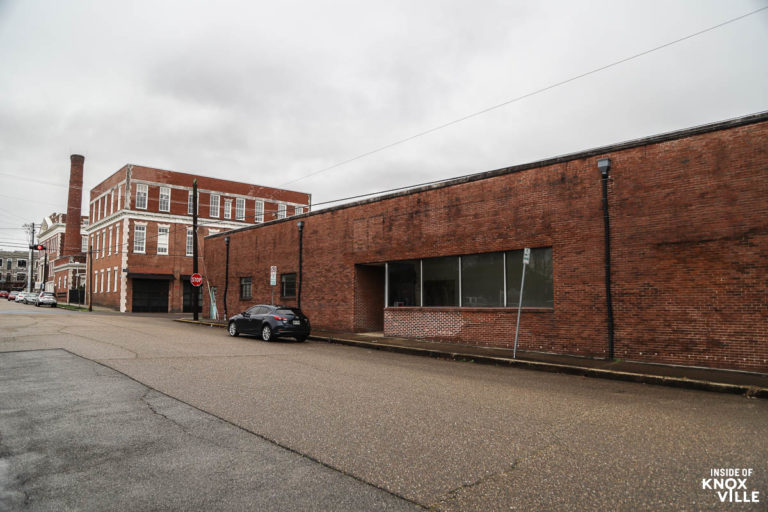 The Bark, a private indoor (and outdoor) dog park and day care will open soon at 601 Lamar Street. The location is at the heart of a tremendous amount of recent growth. It is situated behind Knox High, beside Gypsy Circus Barrelhouse, and a block or so from several breweries.

Behind the new business is owner Hanna Harris. Originally from Dandridge, she came first to Knoxville to attend UT. After marriage, she and her then-husband moved to North Carolina due to his military obligation. While there, she got a job as a dog trainer and loved the work. She said they worked with service dogs and trained and placed dogs. When their time there was over she wanted to move back to Knoxville because of her fond memories of living here.

Once back, she started her own business as a dog trainer and believes she was one of the first positive-reinforcement dog trainers in Knoxville. “I always had an entrepreneurial mindset, even from a young age.” Her stepfather is an entrepreneur and she points to her best friend’s dad who she said was a real influence and mentor.

Carrying two jobs for a time, she found that My Curious Canine, the dog training company, required her full-time attention. The company will continue to operate as a separate enterprise. While she will offer training at the new facility, My Curious Canine is a tailored training experience designed for dogs in their home environment. She feels getting inside the family’s routine helps her understand how to best help dogs and their families. The work includes, for example, getting dogs ready for the entry of a human infant, or other challenges.

With a great team of dog trainers now in place for that business, she felt confident in turning her attention to a new endeavor. She’s eyed the possibility of having a business like the new one for some time and said that clients have asked for it. She said they want the opportunity to socialize their dogs but aren’t comfortable with going to a public dog park. The model has worked well in other cities, including Nashville and Chattanooga.

One difference in this and a public park is that each dog is given a behavioral screen before they are allowed to use the facility and records are kept on any behavioral concerns regarding specific dogs. A pet profile is kept, including vaccination records for the dogs. “Having a dog trainer mindset coming in, thinking about behavior, is really important.” There are also “bark rangers” managing the space.

She initially looked at a location in Bearden but wanted to be as close to downtown as possible. This spot became available, and she felt it was a perfect neighborhood. When she first saw the (sort of strange — designed to host a skating rink, then modified to become a mail sorting location) layout of the building, she realized it could be perfect for her just as it is. She’ll not have to move any walls or make any other major changes.

She took possession of the building on February 14 and she hopes to open “sometime in April.” She’s working with Johnson Architecture and working her way through permitting and approvals. She thinks actual construction will take about a month. She’s thinking she might open the dog day care initially and then the park time.

The facility will have day care during the workday, Monday through Friday. The dog park will be open Monday through Friday at night. Saturday and Sunday are all-day dog park. They will likely have food trucks on the weekend, along with special events. A “Furst Friday” event will include dog crafts and other activities. Beer, cider, seltzer, and non-alcoholic beverages will be sold by the can for the humans. Seating is provided at benches around the play areas.

The property includes 6,000 square feet of outdoor space that will get turf and a privacy fence, as well as 10,000 square feet of interior play space. To keep smells at a minimum, she has an oxidizer that will be in use twice a day in each area. French Broad Ironworks is building “tree” out from the support poles.

The interior space is divided between The Foothills (for dogs 35 pounds and under), and The Sugarlands (for all sizes), each of which will have play equipment, built by Marsh Made Design, in addition to space to move around. There are also smaller rooms which will be used for dog birthday parties, as well as training classes and other special events. Down Dog Yoga is offering dog/owner yoga classes. She said she’s already had numerous requests for dog birthday parties.

Dog owners may go to the website to begin completion of their dog’s profile, to schedule behavior pre-checks, to make reservations for a particular day, and to choose a membership plan if you like. The number of dogs at any particular time will be limited in order to give the dogs plenty of space and to prevent them being overwhelmed. You can also follow them on Facebook, Instagram, Tiktok, and Youtube.