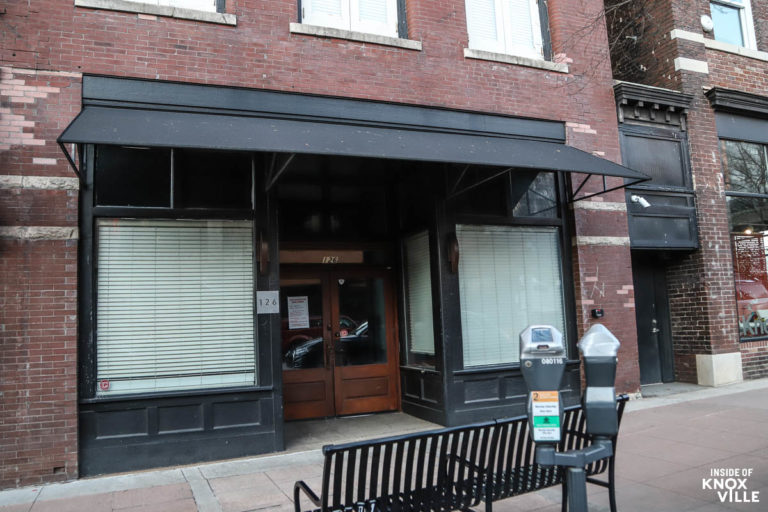 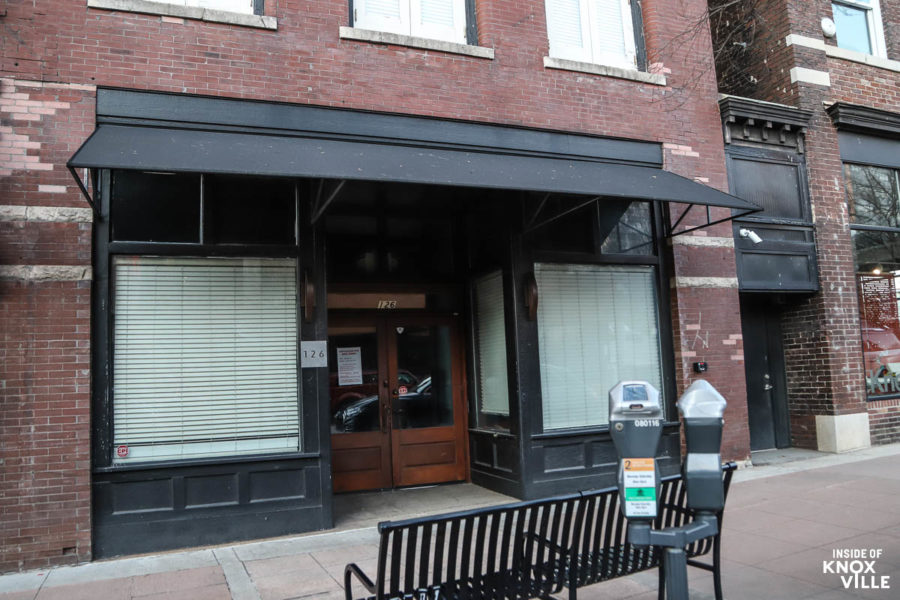 Brian Worley will soon open a bookstore at 126 South Gay Street, fulfilling a long-term dream to turn his passion into his career. Originally from Fountain City, he studied Nuclear Engineering at MIT. He worked as a nuclear engineer for about fifteen years in Oak Ridge. He shifted his focus to high performance computing and then to data science.

He retired from ORNL in 2013 and started his own data analytics company. He later sold to a San Francisco company in 2019 but continued to work with them into 2020. For the last year or so he worked on the 100 block of Gay Street. He retired (again) at the end of that year and began collecting books with a bookstore in mind.

He’d always wanted to own a bookstore and when his former company gave up the lease at 126, he took it and began work.

Even as a child, there was a Gateway Book Store on Gay Street. When I was very young, ten or twelve, I would go there from Fountain City. When I lived in Boston, there were a lot of bookstores and they would stay open real late, usually associated with a restaurant and it was a great atmosphere.

He has a “small library” of about 3,000 books at home, but he can’t let go of those books for the new business. The new business will fill a different niche than other local bookstores, in that it will focus on old and rare books. “Addison’s” comes from a family name that has been passed down.

He has sections forming in his mind as he’s collecting books. He plans a section called “top world literature,” that would focus on works from around the world which are acknowledged to be the greatest of their kind. He’s enlisting curators with specialized knowledge to help assemble books for sections like anthropology, focusing on the seminal works in the field, not so much the latest books in the area. Another topic will be mythology.

Some of the topics are more specific, like “Southern France,” and “chess.” He said it will evolve until opening and there will be a shifting of inventory over time to keep things fresh going forward. “We’ll see what topics people are interested in and what I gravitate towards. He’s been purchasing books from library sales, individual collections, and bookstores going out of business.

He’s been to Shakespeare and Company in Paris several times and met its current owner. He said this will be different in focus and less crowded, but the feel he described reminded me of the place.

The lease includes two floors, the main floor and a basement level with about 1,400 square feet on each level. The main level will hold the books and a coffee bar and will have seating for about 24-26 people. A chess table will be by the window. “I want people to sit and stay, read and talk.”

The basement level will hold 20-40 people and will be available as an event space. He envisions classes on special topics, like travel, cooking, and mythology, to parallel his book stock. He imagines hosting book clubs and he’s already had groups reaching out to him. He’ll have a beer license and will be able to serve beer to the groups. Upstairs will be coffee only.

Brian gets excited when he talks about book finds:

One of the books I picked up recently was a 1922 book titled, The Science of Baseball. It has pictures of baseball players, diagrams of the diamond, the art of stealing. Those are the kind of things I find really attractive. And the other thing about old books, is that they have beautiful illustrations, and sometimes beautiful covers. And old travel books: You pick up a book from the 1800s that says, ‘these are the places you need to see in France.’ Those are just classic, so much fun to look at!

He admits he’s already having trouble with the idea of letting go of some of the books he’s accumulating for the store. “I’ve got a signed Willa Cather book, and a first edition of Isak Dinesen’s first novel, a first edition of a Harriet Beecher Stowe. I’ve got some good stuff and I’m thinking I don’t know if I could part with this. It’s almost like a child to me.

But  Brian says it is exciting just looking through them and he can’t wait to share them. An avid traveler, he’s been collecting atlases of various sorts. “It’s not only just the atlas, it’s the story of how the maps were made, the explorers, and how the maps were used. The travel books intersect the place, the cuisine, the authors, and artists. It’s like reading Hemingway and reading F. Scott Fitzgerald and seeing how they intersect.” He hopes to group books that may be different in kind, but bear relations to each other.

He’s already at work remodeling and bookshelves are arriving. He’s having everything custom made. He thinks it will be in place by the end of the month. Hours are somewhat fluid, but he wants to be open into the evening. He may start with more limited hours and expand them over time, but he’s thinking he may start with noon – 8:00 pm. He’s looking for workers. He plans to have soft openings in April and a grand opening in May.

“I’m going to work there and have fun.”