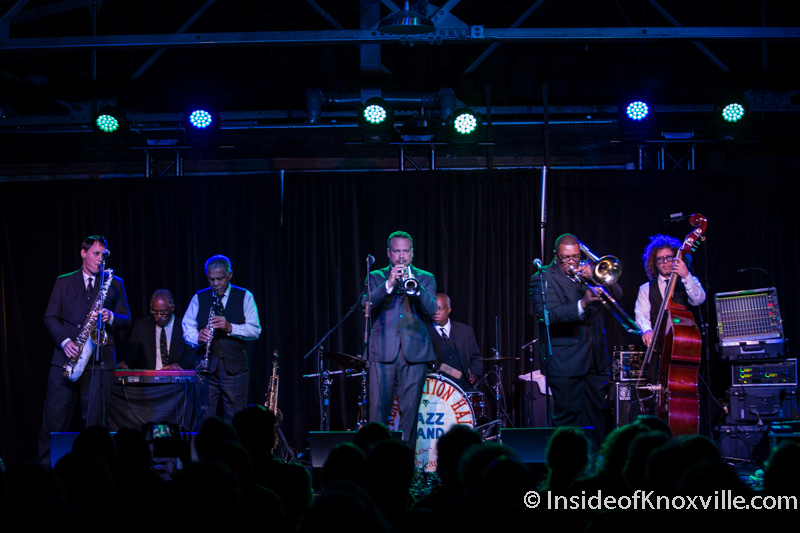 After a two-year hiatus, the Big Ears Festival is back and Knoxville is set to become an international melting pot of music lovers for four days. In addition to musicians and music lovers from all over the world, national and international press will descend on the city. The event also experienced the fastest sell-out in its history.

It’s exciting if you have a ticket, but what if you didn’t get one before it sold out? One option to explore is simply to come downtown and soak it in. If you’ve missed the feel of a big city experience because you’ve limited travel for the last couple of years, come make a day or more in the city and enjoy the most ethnically, linguistically, sartorially diverse crowd you’ll ever experience in Knoxville.

Eat food from another culture by sampling our explosion of restaurants serving a wider-than-ever range of foods and watch and listen to the international world around you. Personally, I could sip coffee by morning and something more adult by evening and just people watch for the four days and be happy.

But there is much more to experience. The Big Ears Festival has always featured free programming, but this year’s festival takes that ethos to a whole new level. The free programming is so attractive that I’ll be torn between attending ticketed events and joining the public fun. And be on the lookout for free spontaneous events. Some of those are the most magical.

Central to our mission as a non-profit is creating opportunities for everyone who wishes to experience the joys and rewards of some of the world’s greatest and most exciting music. After three years of imagining and reimagining what Big Ears could be, we wanted to return with a spirit of fun and celebration open to all and to further explore the tremendous potential that Big Ears offers for our community.

So go ahead, as your employer for next Thursday and Friday off and come downtown to join the party. But be careful. Your sampling of the atmosphere and the free events will lead to a ticket purchase for next year’s festival. And you’ll definitely also need Monday off to recover. Here are the free events that have been announced for next weekend:

Thursday and Friday, March 24 and 25, will feature a series of free concerts in the Tennessee Amphitheater at World’s Fair Park.

Saturday, March 26, is Mardi Gras in the City (and more):

So, just as easy as you can stroll around downtown, you can have a packed weekend of great events, entertainment, and fun. It’s like visiting an amazing bigger city without the airline costs. Be sure to catch at least some of it and see Knoxville as it is seen by the international community for one great, long weekend.