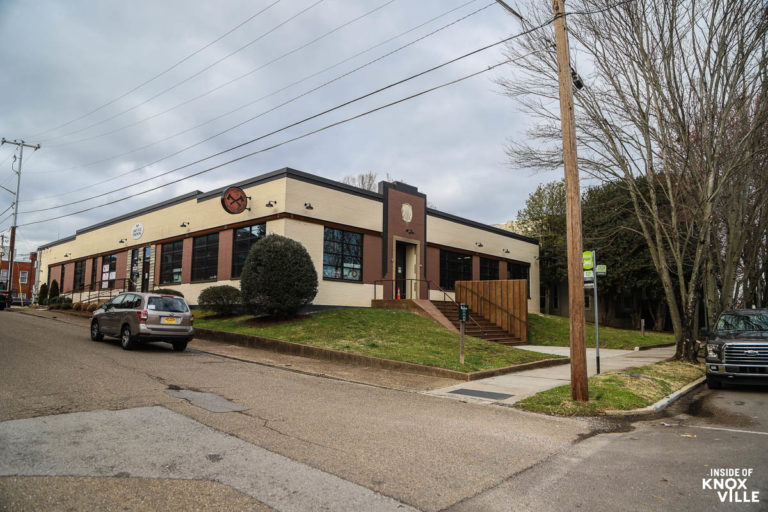 George Brown and SVN Wood Properties has recently purchased 119 West Fifth Avenue, also known as the Swift Building, as a new home for their business. The 1936 building is also home to Craft Axe Throwing, who will remain as a tenant of the new owners. Brown is very excited to move into the historic building, which he purchased from Mark Hickman, after many years at 900 South Gay Street.

While research is continuing regarding the origins of the building, it appears to have been occupied for much of its history by the Swift Ice Cream Company, which had a companion Swift Meat Company nearby. Prior to Mr. Hickman, the building was owned by a non-profit named United Pursuit. Some building improvements were completed under their ownership, including possibly a removal of 1970s updates to the façade to return to the original look.

The company, Wood Properties, was founded by Pat Wood in the 1970s. They’ve been located on Gay Street since the late 1980s. George, who started there as a broker there in 2008, took over in January 2017 as Managing Director. The company then affiliated with SVN. He came to feel the location “didn’t fit who we were, didn’t fit our culture.” He said they have a young work force that wants something just a little different.

“I wanted a space that had character, had history, was interesting, and in an interesting part of town.” He said he has enjoyed watching what is happening in Old North. He looked at Emory Place but saw this building (which backs up to Emory Place. It was for lease, but he made an offer, and it was accepted. They needed convenient parking as brokers come and go from the office often, and the building has a large parking lot to the rear. He also liked the proximity to the Interstate, the relative visibility, and “the cool factor.”

He said they are putting a lot of care into the renovations and that he thinks it will be a place his employees will enjoy working out of. “Culture is very important to me and having an environment that people want to be in . . . The physical built environment around us is always going to matter. The pandemic reenforced for me that we are not meant to live a virtual lifestyle. We’re meant to be in relationship with each other, see each other, and bump into each other.” He said they want to offer flexibility to work from home, but they intend to build an environment that is attractive for employees to “collaborate and build relationships.”

Plans for the interior include an extended mezzanine providing more workstations. A conference room with large glass walls will be added. The offices will be separated by glass walls, as well. The kitchen area will include a large table for fourteen to encourage meals together. Two employee lounges will be included. Little remains of the original interior, other than a few apparently era specific windows that have been uncovered as a part of the renovations.

The company plans to move into the newly renovated building this summer.