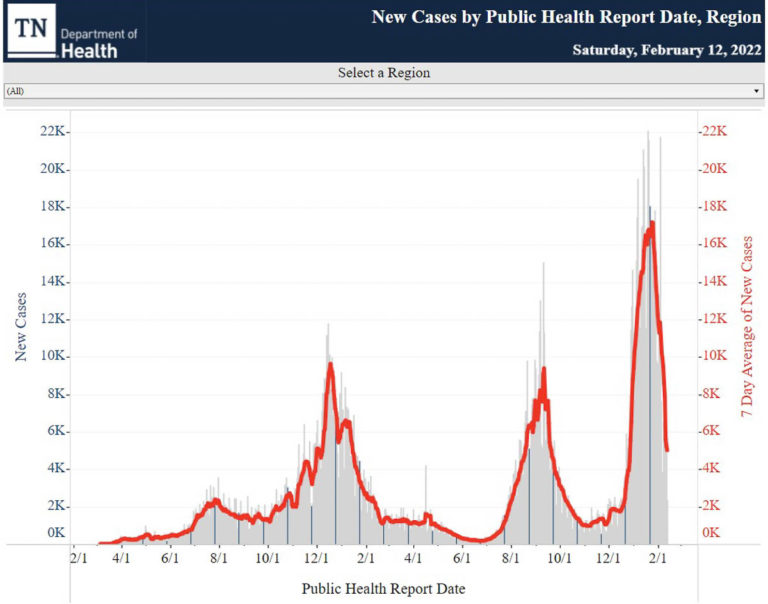 I hope each of you are staying safe while getting out and enjoying the world. This week we’ve got lots of encouraging news. I’m still banking on a great spring and summer. I’m hoping live music and travel are back on my agenda. It feels to me as if the city is ready to explode with great things happening all around.

In that context, it might seem odd that this marks my third consecutive post that is COVID related. Rest assured I do not intend to make that a thing going forward. The article on Tuesday seemed important regarding a path forward for our schools. Based on comments and readership, many of you seem to agree — though we may disagree on specifics. Yesterday’s article and today’s just happened to fall together.

Please know that I write these articles because I think it is important for the community to have good information. It’s not because I have an agenda — or because I love writing about disease. Quite the contrary. My hope is that I see an exit ramp soon to focus more on the great things that are happening all around. Numbers have now dropped dramatically, but only to the levels they were when I resumed. We’ll see what the next few weeks bring.

Over the last week, just over 14.6 million new cases of COVID-19 have been reported across the world, and the decreasing numbers escalated, falling 21% this week after a 16% decline last week. Daily cases are now running about 2.1 million per day, down from last weeks’ 2.6 million. The current rate remains about 120% above the peaks of any of the previous surges, the worst of which topped out at about 828,000 new cases per day. The 71.2 million active cases globally is a welcome decline from last week’s pandemic record 74.6 million. There have been about 417.2 million confirmed cases since the beginning of the pandemic.

Deaths, which lag cases both on the ascent and the descent, shifted downward this week, with a 7% decline to 70.2 thousand, for an average of 10,027 deaths per day. The current death rate is about 67.7% of the peak death rate reached in January 2021. Almost 5.9 million people have died of COVID-19 since the beginning of the pandemic.

As it has from very early in the pandemic, the U.S. leads the world in cases with over 79.6 million and in total deaths with over 949,000.

New case numbers continue to drop sharply from pandemic highs reached just three weeks ago. The current report (which only goes through 2/12) includes encouraging numbers. The state reports an average of 5,018 new cases each day, down over 50% from 10,264 the previous week. The highest single day total reported in the week was just over 6,500, after a week in which the high was 21,772.

According to the new state data published yesterday, an average of 54 Tennesseans died each day from COVID-19 last week, down eleven per day from the week before. Hospitalizations decreased by a net of 74 each day last week.  About 14,700 tests per day were reported last week, down about 25% from the previous week. The average positivity rate for the week was 26.26%, down from 32.05% the previous week. The goal is 5%.

About 38,800 vaccinations were given over the last week, down from 42,000 the week before. Tennessee’s 52.5% vaccination rate earned 45th best out of the 50 states this week, the same as last week. Oddly, vaccinations are reported every day, unlike any other COVID-19 related data in the state.

Over the seven days included in this data, the KCHD reported 2,017 confirmed new cases, for a daily average of 288 per day, down 42.7% from the week before, which follows a 40% drop the prior week. For the second consecutive period, we have not had a single day over 1,000, something that became common in the weeks before. The worst single day in this reporting period was 397, down from a high of 754 the previous week.

Probable cases, which likely included the portion of the home tests which are reported, also fell. After averaging 303 a day a week earlier, this reporting period revealed 110 per day.

An additional twenty-six COVID-19 deaths were reported in the county for the week ending February 12, up two from the previous seven-day period. In addition, the KCHD added one death to November’s total, one to December’s total, thirteen to January’s total, and 9 to previous periods in February, for a total of 50 additional deaths. Of those 50 deaths added today, one person (our first) was added to the 0-17 age group, one person was between the ages of 18-44, fourteen people were 45-64, eleven were age 65-74, and twenty-three were 75 or older.

UTK is reporting 43 active cases, down from 90 a week ago. The Knox County Schools are currently reporting 67 known cases, down significantly from 139 reported one week earlier.