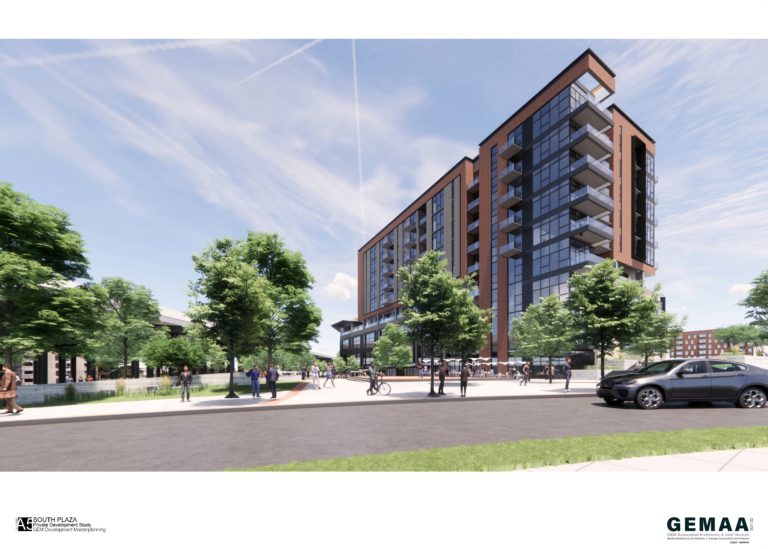 The first of the pledged development projects has been given a name and details have emerged. The residential structure will be called the Beauford Delaney building in honor of the internationally acclaimed Knoxville artist who died in Paris in 1979. As with so many prominent Knoxville artists and writers, it is only well after his death that Delaney has been celebrated by his hometown.

Partners Development announced the $45 million project, with an expected completion date of early 2024, the same target as set for the construction of the stadium. The chosen name of the development is being credited to the partnership between GEM Community Development and “a cultural and historical advisory committee led by Rev. Reneé Kesler, president of the Beck Cultural Exchange Center.”

Of the new building and its name, Kesler said, “Naming the first residential building in this location after our native son is a historic step toward prominently and intentionally exhibiting the rich legacy of Black heritage. GEM Community Development Group is making good on the promise to preserve Black history and culture in the heart of this community known as The Bottom.”

The nine-story building will include 35 to 45 condos, which is welcome news in a market where condos are near impossible to find. Current listings for available downtown condos (for sale and not under contract) include one on Market Square for $3.35 million, one in the Sterchi Building on the 100 block (ed. update: This property went on the market over the weekend and is under contract as of this morning), and nine units in the Regas Square development. Outside of Regas Square, there aren’t many options.

The building will provide underground parking for residents and commercial space will be offered on the first floor. The second and third floor units will offer city views, while the fifth through ninth floors will offer views of home plate in the new stadium. The fourth and fifth floors will be devoted to amenities, with an “outdoor platform deck to view all stadium events, as well as grilling areas, fire pits and gathering spaces,” as well as “fitness and business centers and a party room with a kitchen.” 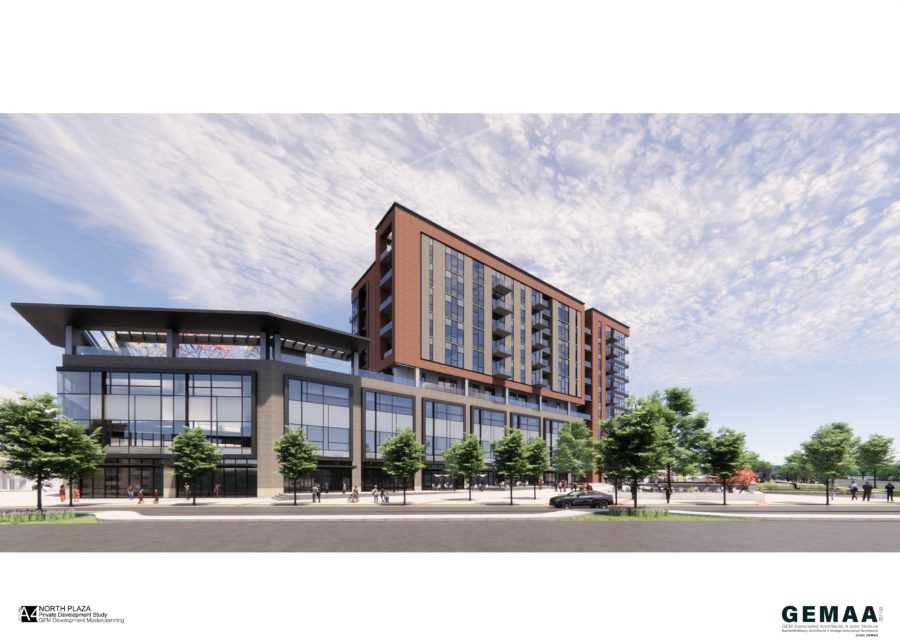 Rendering of the Beauford Delaney BuildingRuss Watkins, president and CEO of the group, said, “This project is something our company wanted to be involved in because of the impact on the community, transformation of a blighted area and the chance to offer a one-of-a-kind residential experience in Knoxville that can’t be duplicated anywhere else in the city.”

The development is the first piece of the more than $100 million in private development promised by the GEM group. From the release:

“We promised that this project would reflect the historical significance of the community and be true to its East Knoxville roots,” said Steve Davis, president of GEM Community Development Group, which derives its name from the historic Gem Theatre, a gathering point for the Black community that opened in 1913 and closed 50 years later. “Naming the first building after renowned artist Beauford Delaney and elevating cultural awareness is just one step in our efforts to preserve Black history at the stadium site.”

The Delaney family later bought a home at 1935 Dandridge Ave., less than a mile from the stadium site and adjacent to what is now the Beck Cultural Exchange Center. Beck has launched a fundraiser to support the restoration of the Delaneys’ only remaining ancestral home and preserve the extraordinary piece of Knoxville history as the future Delaney Museum at Beck.

Construction of the stadium and the new development is expected to begin soon.