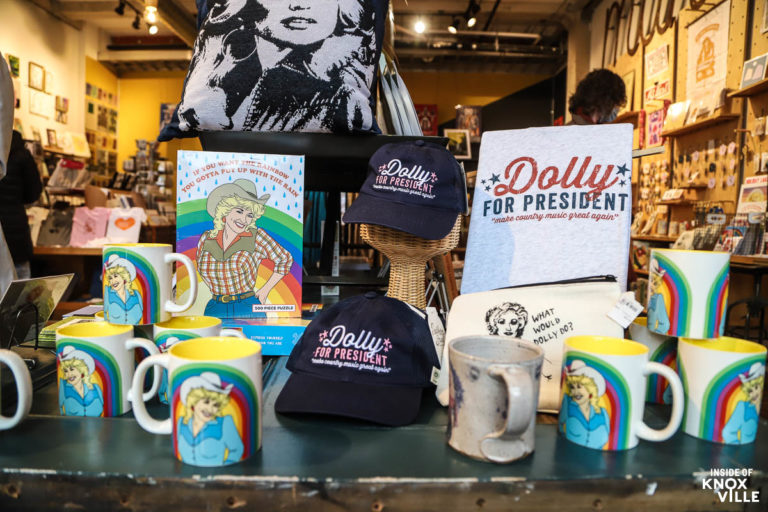 Last week on January 19, Dolly Parton’s 76th birthday, plans were announced for a second annual DollyFest in the Old City. Presented by the Old City Association and produced in collaboration with Paris Woodhull Illustrations, HH Creative LLC, Molly Jo Events, Robin Easter Design, and Rala, the origin of the event dates to 2019 when Rala sponsored a Dolly Parton Art Contest.

The idea proved so popular, it grew into a festival. While 2020 didn’t prove to be a good starting point, the group held the first annual festival with small fanfare in June 2021. Response was great, so the festival will enter its second annual rendition with even larger plans. As with the first festival, a portion of proceeds go to the Knox County Imagination Library. Even in its pandemic-impacted kick-off last year, the event raised almost $7,000 for the cause.

Molly King said at the event, “There’s a spirit of inclusivity with Dolly and the festival has something for everybody.” She said last year’s small version of the festival attracted people from out-of-state and people who had never been to the Old City before. Danielle Velez, Program Manager for Knox County’s Imagination Library said each program is independent affiliate of the national program and ours is run by the Knox County Public Library. “We currently mail about 19,000 books each month and we need to make sure we have the funding for those books to make sure all children are reading on grade level by the time they enter kindergarten.”

This year’s rendition will take place starting on June First Friday, from June 3-5, centered in and around the Old City. First Friday events will include live music, art shows, and screenings of Dolly movie screenings. Saturday will feature a Main Stage on South Central Street. Entertainment on the stage will include live music, a Dolly costume contest and a talent show. Sunday’s centerpiece will be the Dolly Market on West Jackson Avenue featuring local and regional artists and makers. Area businesses, from restaurants and bars to shops, will offer special deals and items throughout the weekend.

Dolly’s Imagination Library launched in 1995 giving high quality books to children from birth to age five. Starting in Sevier County, the program went national in 2000 and by 2003 the program had mailed one million books. Many millions have followed.