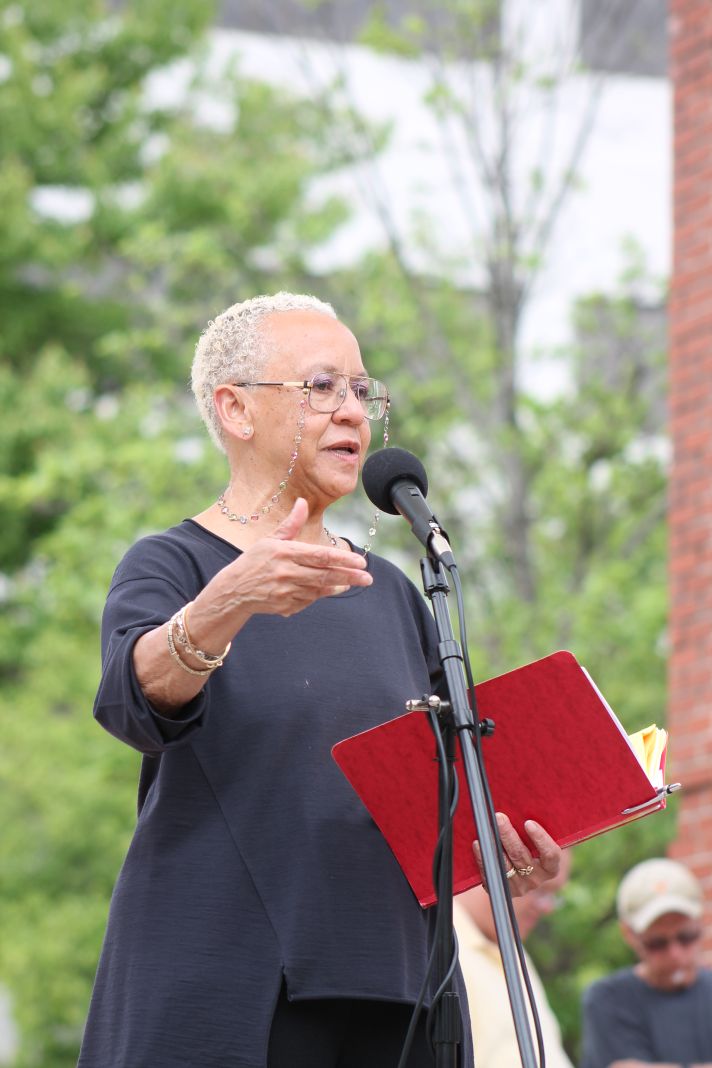 Known as a festival for some of the most prominent and innovative musicians and composers in the world, the Big Ears Festival, which will be held in two months, is adding another dimension to its game. A list of poets and writers was announced today and they include a stellar lineup of writers sure to put the festival on the literary map. “This exceptional gathering for Big Ears 2022 brings deep connections to music and art, the Black experience, and the Appalachian region where the festival is based.”

Headlining today’s announcement is the addition of Knoxville born “poet, writer, commentator, activist, and educator,” Nikki Giovanni. A major American literary and activist voice for decades, Ms. Giovanni won the inaugural Rosa L. Parks Woman of Courage Award and has won praise from major poets such as Gwendolyn Brooks. She is a Distinguished Professor at Virginia Tech.

As a personal aside, I’ve loved Nikki’s work since I discovered it over forty years ago when I was a student at the University of Florida. When I moved to Knoxville in 1982, I had no idea this was her hometown and that she spent summers here as a child with her grandparents. I’ve been fortunate to chat with her briefly a couple of times over the years and my admiration for both the woman and the work have only grown. I consider it one of the great arcs of my life that from my balcony I can see the park where she played and where one of her quotes, in letters large enough for me to read, is proudly displayed.

Previously announced, Patti Smith has straddled the literary and musical genres for her entire career. A poet and musician, Patti is set to perform with her band and to offer readings to festival goers. While best known as a musical performer early in her career, Smith released numerous collections of poetry over the years and won the National Book Award for her 2010 memoir, Just Kids. In addition to reading and acoustic performance, Ms. Smith will perform with a full band at the festival.

Three other writers with musical connections will also be included. Saul Williams, who made his initial splash with “Amethyst Rock Star,” his 2001 album produced by Rick Rubin. “Hailed as ‘the poet laureate of hiphop,” Williams has toured the world as a “musician, poet, and actor.” He’ll perform twice, including a spoken word performance and “a presentation of his multimedia opus MartyrLoserKing.”

Hanif Abdurraqib, a “poet, essayist, and cultural critic” was nominated for the 2021 National Book Award for his book A Little Devil in America. He’s written about the Fugees and A Tribe Called quest, among others.

Cornelius Eady rounds out the announcement and he is also a National Book Award and Pulitzer Prize-nominated writer. A poet and a playwright, as well as a professor in the English Department at the University of Tennessee, he’ll read poetry and perform music backed by his folk trio. He is also “cofounder of Cave Canem, an organization that supports the artistic and professional growth of African American poets.”

For remaining ticketing options, go to the Big Ears Festival website. A negative COVID-19 test within forty-eight hours of admission or proof of full vaccination is required for admission.