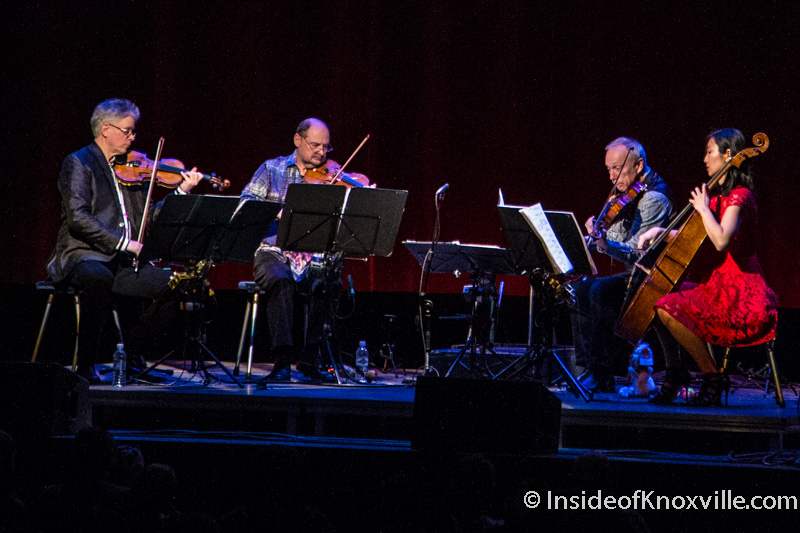 For some of us, it is hard to imagine a life without live music, including festivals. After the last year-and-a-half, that incredulity is nearly reversed — it’s almost hard to believe we can make plans to come together for live music and festivals. After canceling the festival for two consecutive years, the Big Ears Festival is betting that by next spring, we’ll be ready. They’ve booked many of the artists and announced that all attendees to ticketed events, artists, and staff must be vaccinated against COVID-19.

The festival will take place over four days, from March 24 to 27, 2022. As always, the festival will produce over 100 performances and genre boundaries will be bent to the point of being broken. As in the past the venues will be spread around downtown Knoxville. Festival tickets are now on sale on the Big Ears website.

The festival, while reaching in every imaginable musical direction, often features a thread or focus and I could not be more excited with what’s coming to this rendition of the festival. First, there will be a focus on the music of John Zorn (see video below, but if you don’t watch the entire hour, skip around to get a feel for his range), saxophonist and composer, of whom Rolling Stone says, “Though Zorn has operated almost entirely outside the mainstream, he’s gradually asserted himself as one of the most influential musicians of our time.”

His music will be presented both directly and others, including some new and some familiar Big Ears alums, including Bill Frisel, Jesse Harris, Julian Lage (a prodigy on guitar who was the focus of a biographical short film at age 8), and John Medeski, among others.

The New Orleans and Afro-Caribbean threads promise to deliver some of the most exhilarating and life-affirming moments of the festival. The Preservation Hall Jazz Band plays a central part of this thread, with Preservation Hall’s Ben Jaffe curating a Krewe Du Kanaval exploring the music of Haiti and that of New Orleans and how the two intersect. As a child in the 60s and 70s, I traveled the 3 1/2 hours with my family to Preservation Hall to hear the band many times, having no idea that more than the few dozen people crammed inside knew about that incredible music. So, this will be a real highlight for me.

Another personal highlight for me is the inclusion of Sparks to the bill. I’d always heard the name of the band as a kind of background noise, but one of my pandemic delights was watching the recent documentary about the band (trailer above – and HIGHLY recommended) and taking the deep dive into everything about the band, comprised of brothers Ron and Russell Mael, including their prolific career output of 25 albums.

There are as many highlight artists as there are music fans to dissect the list of performers. Kim Gordon, for many years the face of Sonic Youth, moved in a more experimental direction after the band’s dissolution, working with Bill Nace as a duo, Body/Head, and with Alex Knost as Glitterbust. Animal Collective will be featured. Ellen Reid will give the first public performance with her Soundwalk Ensemble featuring some of the music you’ll hear if you take her Ijams Soundwalk. Big Ears favorites and alums Kronos Quartet will be back, as well as alums Meredith Monk and Jason Moran (whose music has become part of my soundtrack since seeing him at Big Ears).

There will be more additions to the lineup in coming weeks and single-day tickets will be offered at a later date. For now, festival passes may be purchased here. You’ll also find a full listing of currently confirmed artists at the same link, including biographical and background information and links to performances. Be warned: You may drop into a pit and never emerge from the videos and music.