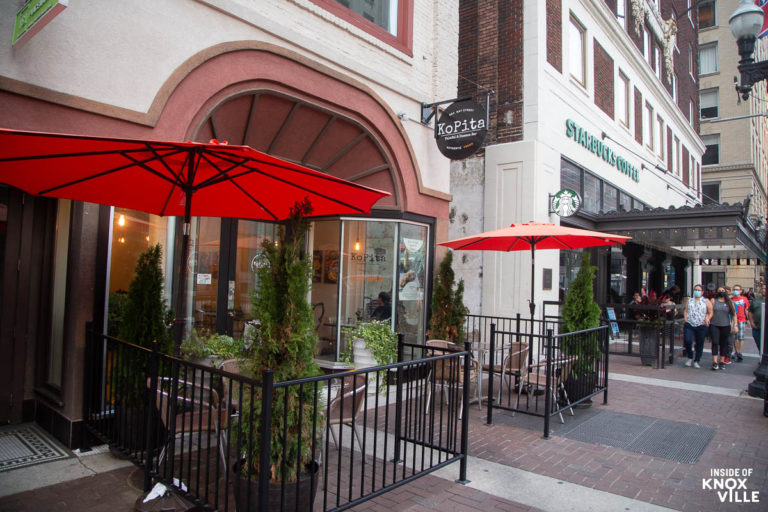 If you read carefully last week when I wrote about Fai Thai, you realized that their new address is currently home to Kopita Meat. Owner Avi Zenatti took the space during the pandemic and offered meat options he had not offered at Kopita, which is a vegan restaurant serving Mediterranean food.

He said until the pandemic, Kopita did great business and people appreciated the made-from-scratch cuisine of his childhood. There were customers who wanted kabobs and he began to offer these and other meat dishes at Kopita Meat. There was enough overlap in the customer base and that, combined with extreme difficulties finding enough workers to staff both suggested it would be more efficient for the two to consolidate.

He said the last four months have been very busy, with a large portion of the pre-pandemic demand returning. He plans to combine the business of the two, as well as the menus, but not the cooking. The vegan dishes will continue to be offered and they will be prepared separately from any non-vegan dishes. He’s building an additional kitchen and plans to expand the vegan menu. Vegan dishes will be prepared with different cookware and a separate hood.

He also has plans for expansion in the neighboring alley, which was once filled with a small building and prior to that was part of the lobby of the Imperial Hotel (which predates the current structure Farragut Hotel/Hyatt Place. With the small building now relegated to history, the alley has been partially used as seating for the restaurant.

The new plans call for the Alley to be named “Imperial Alley” as a tip of the hat to the former hotel, which burned in 1917. Seating will be expanded to include the width of the alley, producing an additional 48 seats. Approvals for gates to the rear and front of the seating area have been approved, with the front, ornamental, gate being open during the day and closed at night.

A large mural will be painted on the plaster covering the surface of portions of the brick on the side of the Hyatt Place Hotel. The mural, designed by Ilana and Orel Brodt, will also reference the Imperial with images of the Hotel and its lobby. The hope is that the two artists can complete the mural in about three weeks, starting soon.