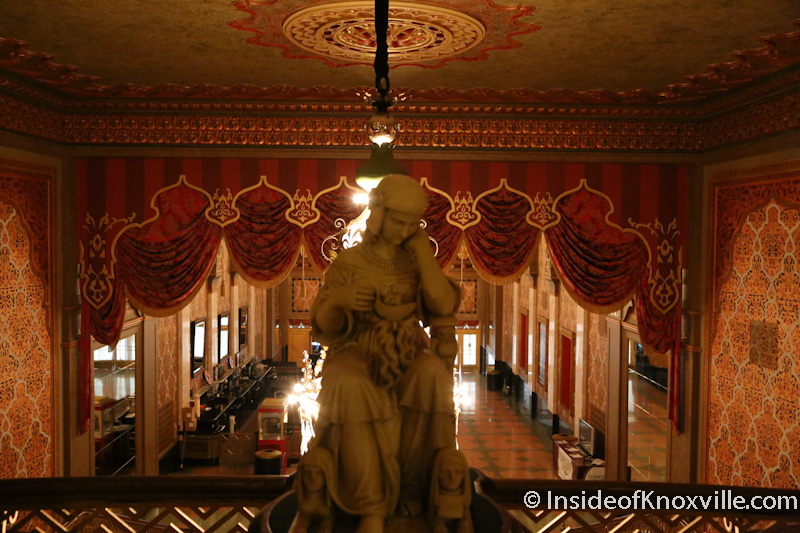 Area residents can argue about most anything, from who should be the next quarterback at UT to politics and the relative import of billionaires launching themselves into space. But we agree on a few things. No one should speak badly of Dolly Parton, for example, it’s just not right. Add to that list the fact that we all, universally, love and are proud of our Tennessee Theatre, The State Theatre for Tennessee.

The pride was obvious in the community support to raise funds for a $25 million dollar renovation in 2003-2005. The devotion was on display when the renovated and updated blade sign was re-hung in its rightful place in September 2016 and a crowd of hundreds gathered in the street to celebrate the moment. The pride is obvious when, any time through waking hours, a walk down Gay Street reveals at least one party taking selfies with the sign and marquee as a back drop.

We love to share experiences there and to tell others about them. I’ve attended more wonderful concerts, programs, and events there than I can remember and I’m sure you do, as well. From Broadway shows, to raucous rock shows and sublime acoustic performances, we’ve seen many of the great artists and productions of our time come through. My daughter danced in the Tennessee at her prom and I met Bob Dylan behind the venue.

And we love to share it with others. I adore the opportunity to introduce friends, family, and visitor’s to the city to the grand venue. Whether we can schedule a show during their visits, a tour of the venue, or simply squeeze into the lobby for a look, it’s worth it all to see the expression on their faces. And minds are always blown if they get a chance to see the magical, mighty Wurlitzer organ rise out of the stage.

Tonight, a larger audience will have the opportunity to appreciate what we all love, when the Tennessee Theatre is spotlighted in an episode of “Landmarks: The Stages of Country Music on the Circle Network (available on the Peacock streaming service), airing at 8:00 pm. I’m no technical whiz, but I was able to download the Peacock Service through my “apps” on the television screen in about three minutes. It’s free and includes a large amount of programming, including this show.

Here’s the teaser for the show:

The Tennessee Theatre is an architectural and musical gem in Knoxville, Tennessee. Built originally as a movie palace in the 1920’s, it has seen musicians take the stage from Emmylou Harris to Sugarland. Learn why countless artists simply call it a magical venue.

It’s a great opportunity to share it around and let more people know why our theatre is better than their theatre. Tomorrow we can resume our arguments about everything else!